"Teacher’s groups expressed reservations over results of a survey that said “majority of the Filipinos believes K to 12 will better prepare students for work and college education.”

“We are also doing our own survey and it reveals that most of the direct stakeholders--the teachers, parents and students are not convinced with this ambitious program,” said Ating Guro chairman Arsenio Jallorina...."

“Resourcefulness: Young, talented and creative individuals have been appointed over the past three decades to lead schools, local education offices, and central departments, guided by the belief that competencies often override routine experience. Systematic and research-based ways to prepare and continuously develop leaders and to maintain their knowledge and skills were introduced in the 1980s.

Conservation: Education development has represented a balance between bringing in new innovations and employing existing good practices. The public recognizes that many needed educational innovations already exist somewhere in the system. This was a key acknowledgement of teachers’ wisdom and realization that learning from past experiences is at least as important as introducing totally new and often alien ideas in schools.”

I just came across an article written by Frank A. Hilario entitled, "Jose Rizal didn't love Tagalog! A hero you didn't know." In this article, Hilario points out that the poem "Sa Aking Mga Kabata" is more about a love of freedom, not a love of one's native tongue. By the way, the authorship of the poem has also been questioned by historian Ambeth Ocampo (http://newsinfo.inquirer.net/45479/did-young-rizal-really-write-poem-for-children). And one of the questions Ocampo raises is Rizal's use of the word "kalayaan" (The tagalog word for "independence"). Apparently, Rizal did not know this word until he was 21 years old although the word appears in the first stanza of the poem:


Regardless of who the real author is, Hilario's point of looking at the entire poem and not just the widely quoted third stanza is worth noting. Hilario likewise mentions the word "Kalayaan" and translates it correctly to "freedom" and not "independence". According to Hilario, the poem is really about freedom of expression and freedom from ignorance. In his analysis, the use of "native tongue" in the poem is a mere illustration of ones' expression, one's speech. The last stanza gives away the central message of the poem - freedom itself was lost - and the native tongue was being used as a symbol.

Education reforms cannot be supported by public surveys. If education wants to emulate the huge improvements in the field of medicine, it must embrace the scientific method. The reform must be based on data, and not on public sentiment.

Freedom of expression is equally meaningless if such expression is ignored. Words hardly mean anything if these do not translate to action. The teachers are the ones on the front line of education. The groups of teachers have spoken against the DepEd's K to 12 program. Yet their voices are ignored. These teachers have pointed at how poorly the government is implementing the kindergarten program. Yet, there is no response from the government. It is through such times that the language seems lost like a boat completely tossed by a passing storm.

For the English readers of this blog, here is an English translation of the above poem by Nick Joaquin:

Whenever a people truly love
the language given them from above,
lost freedom will they ever try
to regain, as birds yearn for the sky.

For language is a mandate sent
to each people, country and government;
and every man is, like all free
creation, born to liberty.

Who does not love his own tongue is
far worse than a brute or stinking fish,
for we should foster and make it great
like unto a mother blest by fate.

Like Latin, English, Spanish, or
the speech of angels is Tagalog,
for God, a wise provider, it was
who made and handed it to us.

Like the others, our language was equipped
with its own alphabet, its own script,
which were lost when a storm brought down in woe
the barque on the lake long, long ago. 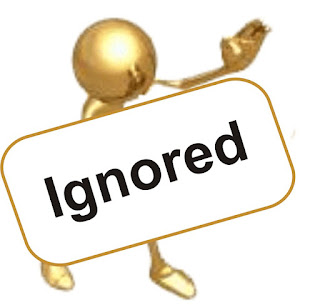 
The current craze of education leadership on K+12 has generated some resentment from various sectors, especially the parents. But DepEd says it has the support of the general stakeholders, and an SWS survey says most Filipinos are in favor of it. What is the real score?

The suspicious is that the sugar- coating of K+12 must have been based on the general reaction of education personnel themselves, particularly the teachers, who number almost half a million. Their culture is one of subservience to whoever calls the shots in the agency, and the latter for their part expect total obeisance to whatever initiatives they pursue....

The Department of Education recently brandished results of a new Social Weather Stations survey that it partially funded as if to show those who oppose its controversial K to 12 program how wrong they are in their opposition....

...What the opposition is all about, and which Luistro adamantly refuses to see, is the timing of the implementation. What no survey has dared to find out is the overwhelming belief of an overwhelming number of Filipinos that K to 12 is being rushed despite the lack of preparation.

...What DepEd should have done first is make teaching attractive as a profession. But how can you attract the best assets to carry out such an important program as K to 12 if you not only pay teachers peanuts but also pay them only when you can.

Once DepEd attracts the best minds in the country, it can then start building enough classrooms to teach K to 12 in. Then it must make sure all instructional materials and textbooks are 100 percent error-free. Again, it is not the number of years but the quality of education....