November 03, 2013
The year 2011 marks the fifth International Results in Mathematics (TIMSS, Trends in International Mathematics and Science Study) report. The results for 8th grade are shown in the following table (copied from TIMSS 2011 report): 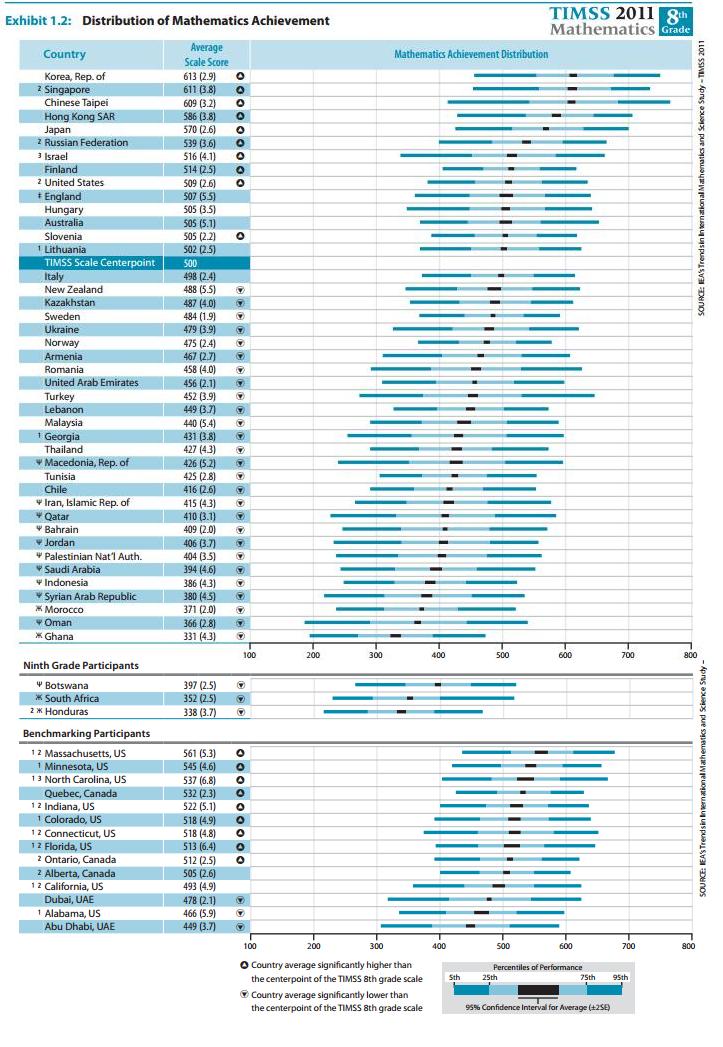 Looking at data from the previous years, 1995, 1999, 2003 and 2007, it is now possible to see how scores have changed through almost two decades of math education. Here are examples (figures are copied from TIMSS 2011 report): 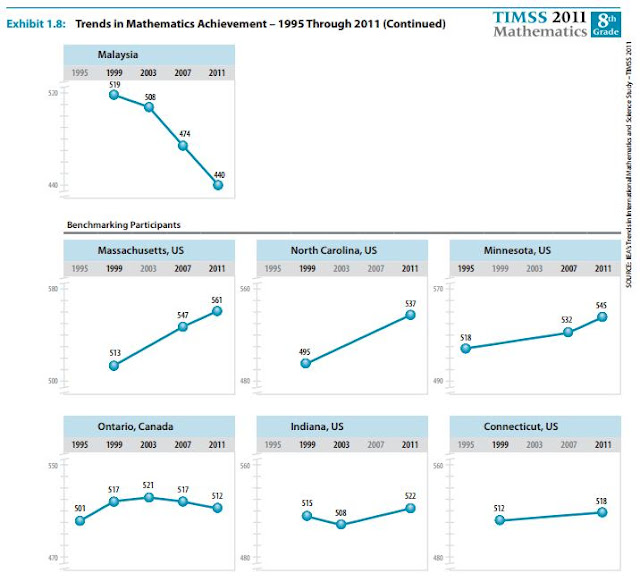 The Philippines participated only in 1999 and 2003 with the following scores, 345 and 378, respectively. The country took part, however, in the Advanced TIMSS 2008 where it scored 355. Students only from the science high schools and the elite private institutions in the Philippines participated in 2008. These are all scaled scores and can be compared against each other.

Since some of the states of the US participated individually in TIMSS 2011, it is clear that there is a distribution of scores among the various states. The Huffington Post highlights this distribution by drawing a map that allows viewers to see which country students in their state score similarly: 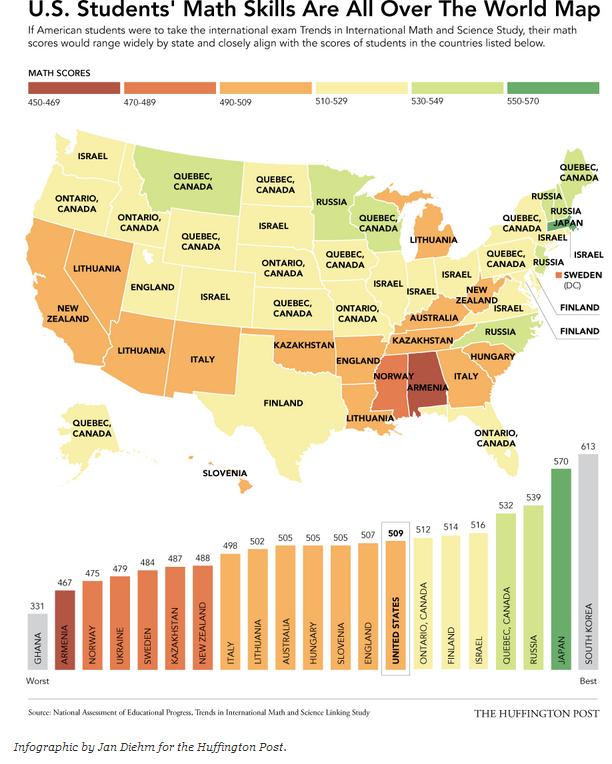 TIMSS basically tests quality and quantity in content. And in this area, Texas is actually comparable to Finland....