November 12, 2013
Over a decade of monitoring learning outcomes in Philippine schools, one region has always stood out. Elementary and high school students enrolled in the schools of Region VIII, Eastern Visayas, have always done much better than the rest of the country in the National Achievement Test. These are the students that come from the two islands of Samar and Leyte, the two islands that came face-to-face recently with a super typhoon, Yolanda. 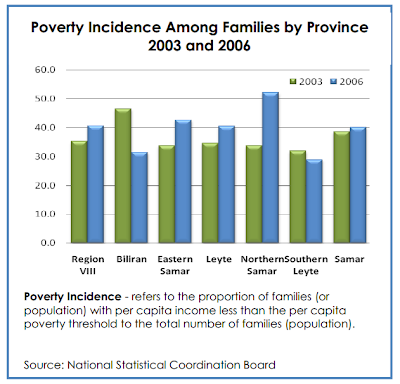 The most recent numbers are not any better:

With the profound deleterious effects of poverty on basic education, it is therefore surprising that Region VIII performs so well in the National Achievement tests (These are copied from slides prepared by DepEd National Education and Testing Center): 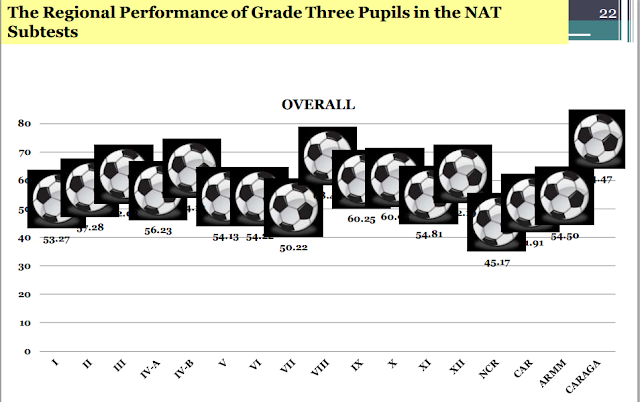 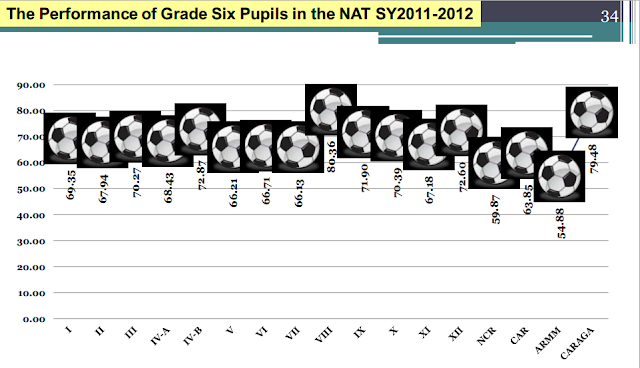 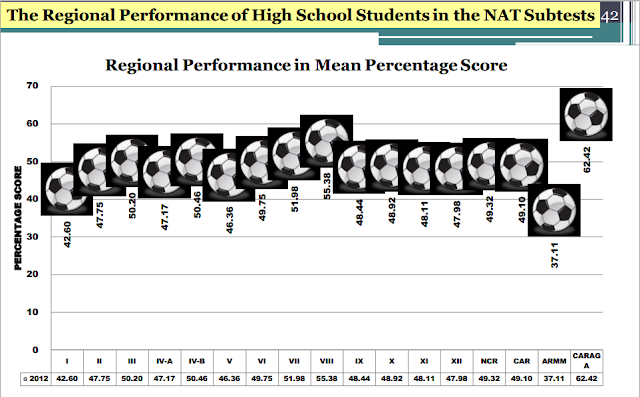 It only natural then that the Asian Development Bank touts Southern Leyte as an example of how to make schools effective. In 2008, after a landslide buried an elementary school, students still topped the national achievement test for recent elementary school graduates:

The project financed by the bank consists of the following programs:


Since Region VIII is also home to the poorest provinces in the country, schools in this area have also received support from the Third Elementary Education Project (TEEP) funded by the Japan Bank for International Cooperation. The TEEP project described in a previous post in this blog includes the following:
One should not make the mistake, however, of understating the effects of poverty on basic education. Although Region VIII has one of the highest scores in the National Achievement Test, the region also has a relatively large number of school drop outs:

In terms of percentage (attendance rate), region VIII is among the lowest in the Philippines:
There is no doubt that the devastation brought by super typhoon Yolanda would have a dramatic impact on basic education in region VIII. We could only hope that after sending bottles of water, emergency food, and providing temporary shelter, we would not forget that Yolanda also destroyed schools....