November 09, 2013
"NOT COOL, Mother Nature", said a post made by Manila Times columnist Ben Kritz on Facebook while sharing the following picture: 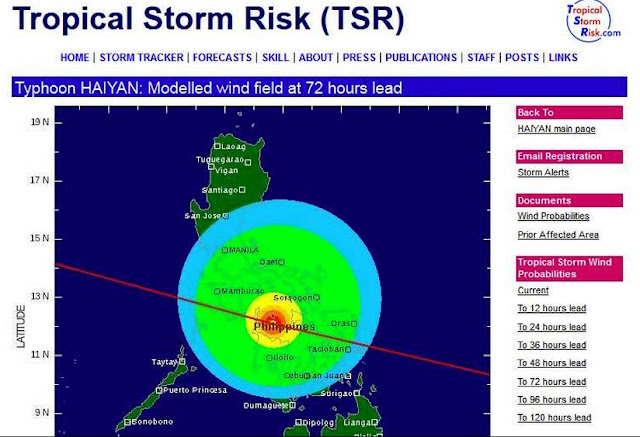 The post was made last Tuesday, November 5, about 8 am EST. At that time, Yolanda (how super typhoon Haiyan is called in the Philippines) had sustained winds of about 100 miles per hour, it had only been a typhoon for twelve hours.

I remember how I felt when I saw this post. It was like sitting inside a car that just broke down while attempting to go through a railroad crossing with a train fast approaching. The car simply would not start and worse, the doors were locked. With the warm waters of the Pacific Ocean feeding the typhoon, in just twelve hours, Yolanda was already packing 150 miles per hour winds, enough to be considered a super typhoon. Yolanda further gained strength, reaching sustained winds close to 200 miles per hour before making landfall in the Philippines. With such strong winds, unless structures are reinforced with steel and solid concrete, structures do not really have a chance. Widespread devastation was a certainty. And 72 hours would not be enough to evacuate everyone from the islands in the path of the typhoon.

More than 24 hours have passed since Yolanda made landfall. Reports and photos are now just trickling in. Here is one from CNN:

And the above article has elicited so many comments, the top one (in terms of "up-votes") is shown below: 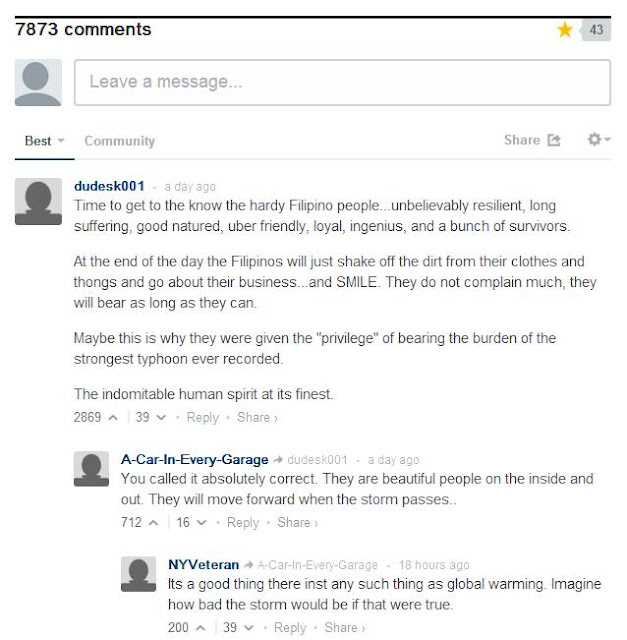 Going back to Facebook, the comment made above by "dudesk001" is now circulating among Filipinos as a quote from CNN: 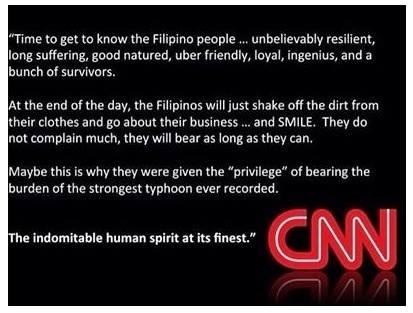 Well, I still feel like sitting inside that car, simply watching a train as it approaches. Here in Virginia, we just had an election for state officials. Attending mass this past Sunday, the main celebrant and later the parish pastor, both reminded us of the importance of voting with our faith. Especially emphasized was our commitment to life, from the moment of conception. Five days later, poor communities in the Philippines faced the brunt of a super typhoon. One of the gubernatorial candidates in Virginia is considered "pro-life", but is an extreme opponent of the theory of climate change. This morning, I read the following article from Guardian's Comment is Free: 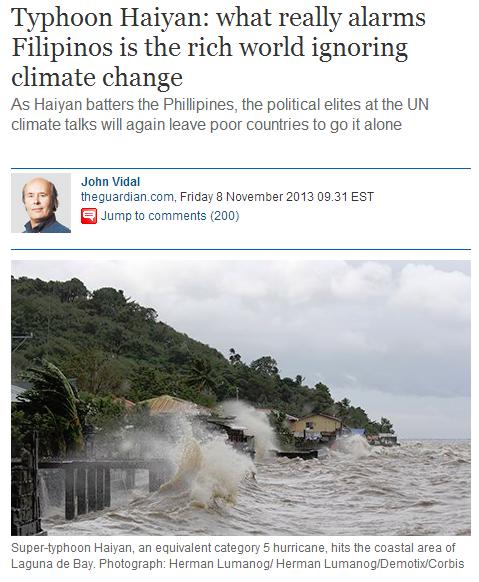 "Time is running out," Saño told the world last year. "Please, let this year be remembered as the year the world found the courage to take responsibility for the future we want. I ask of all of us here, if not us, then who? If not now, then when? If not here, then where?"


And this was not about Yolanda. It was about another super typhoon Bopha (or Pablo) which devastated the island of Mindanao in December of 2012.