Parallels between Disasters and Basic Education

November 19, 2013
For the Philippines, there are indeed similarities between how the country is affected by typhoons and the current predicament of its basic education system. Both have been perennially plaguing the country and both seem to be insurmountable challenges. The parallels go even further than this. Take the following as an example:

Here is an article from the Philippine Center for Investigative Journalism in 2006: 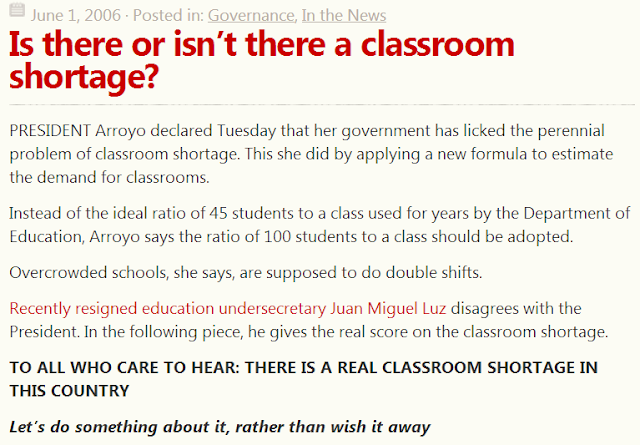 And here is a recent column from the Philippine Star: 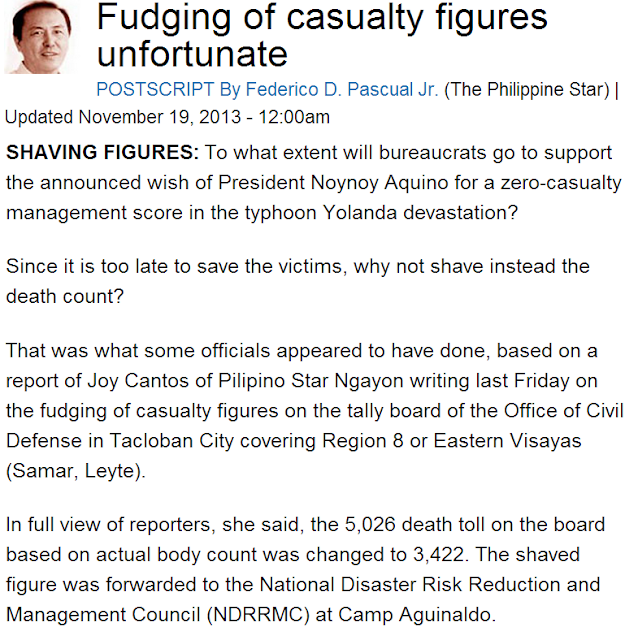 At least, the one from basic education is only about fudging pupil to classroom ratios. With the disaster, the number of human lives lost is being manipulated.

There are other features disasters and schools share in common. One is trying to get credit for building schools and providing relief aid. In front of a school building we may find, for example, the name of a Philippine politician (the specific name of the congressman is removed here for the sake of fairness since this practice is really widespread in the Philippines) taking full credit for a construction project: 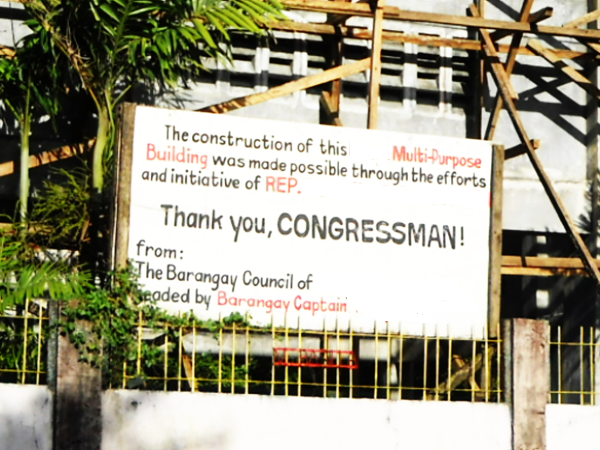 And here is a recent editorial from the Manila Standard Today: 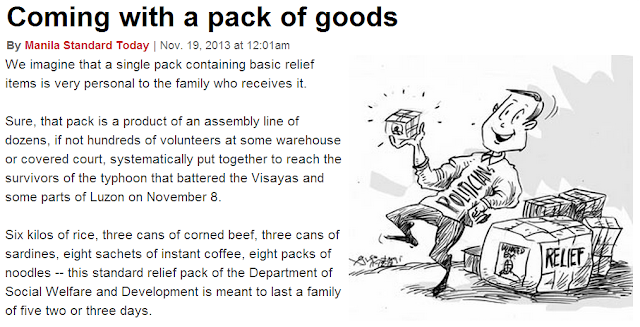 The editorial continues... "Some packs, however, do not come faceless or nameless. In the past few days, social media has been abuzz with accounts and photos of relief packs -- or vehicles bearing them -- containing the names, faces or political colors or emblems of certain politicians and political parties."

Another feature is the lack of coordination and cooperation between local government units and the national government. First, here is the scenario in schools, captured by a news article in the Sun Star: 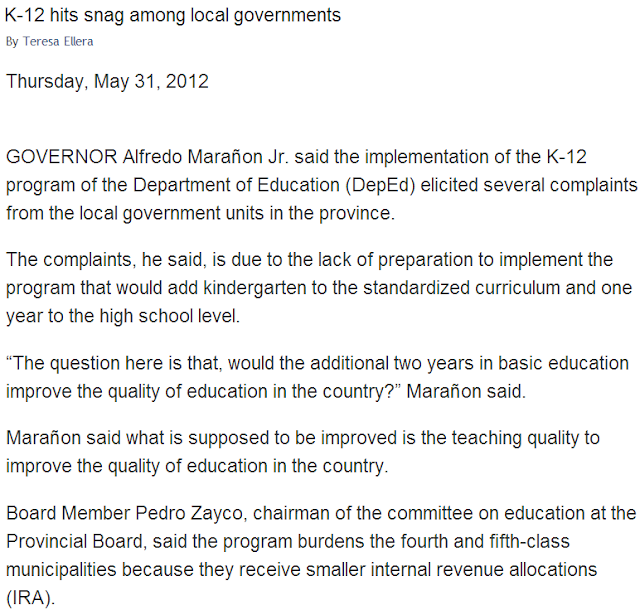 And here is a Yahoo! recent headline: 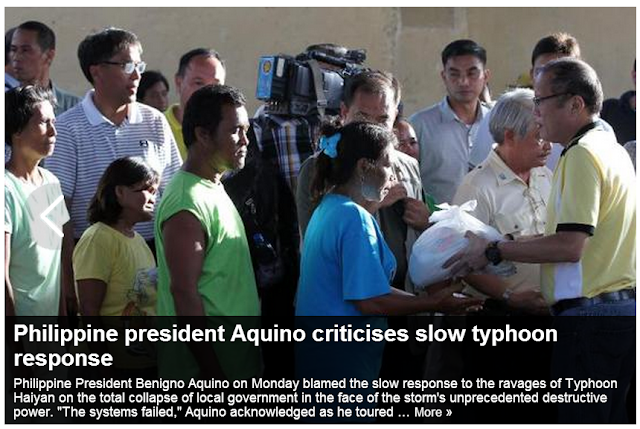 In the midst of these similarities, there is one very important parallel between disasters and basic education in the Philippines: Lack of equity. Those who are in need, those who are poor, those who are weak are the ones who suffer most.
And in a previous article in this blog, "Poverty Crushes Education", the following photo of Sidney Snoeck is highlighted to prevent us from romanticizing poverty. 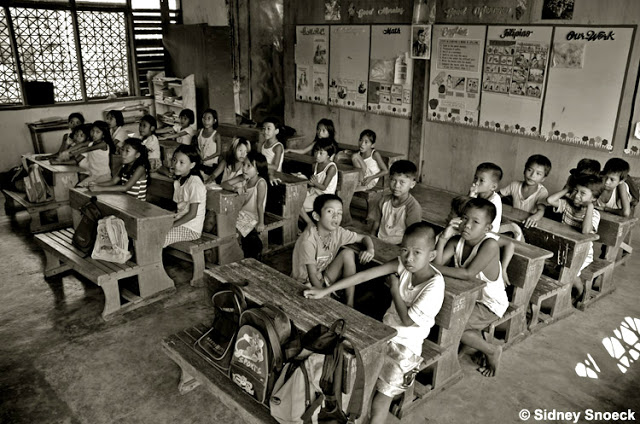 There is more than one thing that disasters and basic education in the Philippines share in common. It is only natural that the proper solutions to these two problems are likewise parallel. For instance, these solutions must start with one important principle: EQUITY.