November 20, 2013
The results are out. This is the report card for basic education in the United States. The National Assessment of Educational Progress (NAEP), administered every two years, provides a glimpse of how students in America perform in math and reading. This year 2013 shows incremental improvement in both areas. The scores are a bit better than those in 2011. Still, less than half are deemed proficient. More importantly, the gaps have not been reduced. Highlighting this is the following figure which shows that only one state (Maine) has reduced the gap between the scores of white and black Americans: 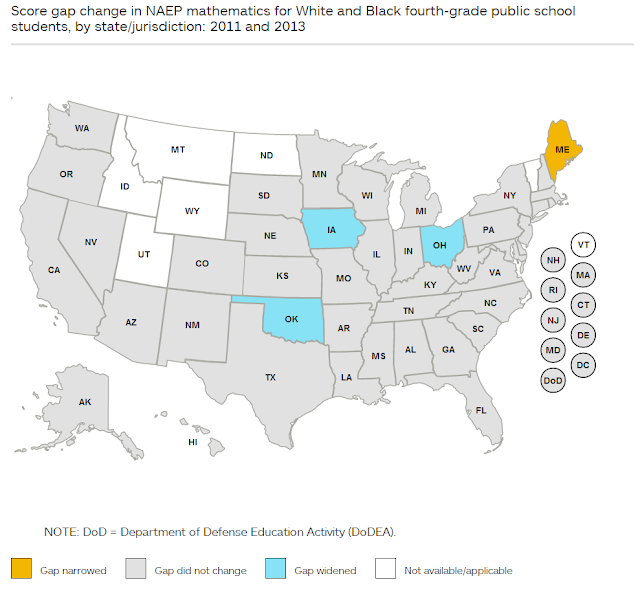 One has to go back 10 years to see yellow/orange in the map above. 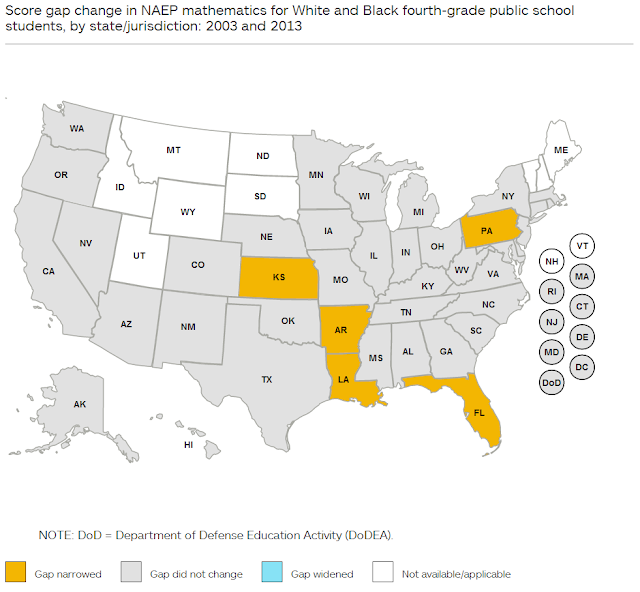 Gaps narrowed in five states during the period 2003-2005. The report includes scores as far back as 1992. Using the gaps then, the following states have shown improvement: 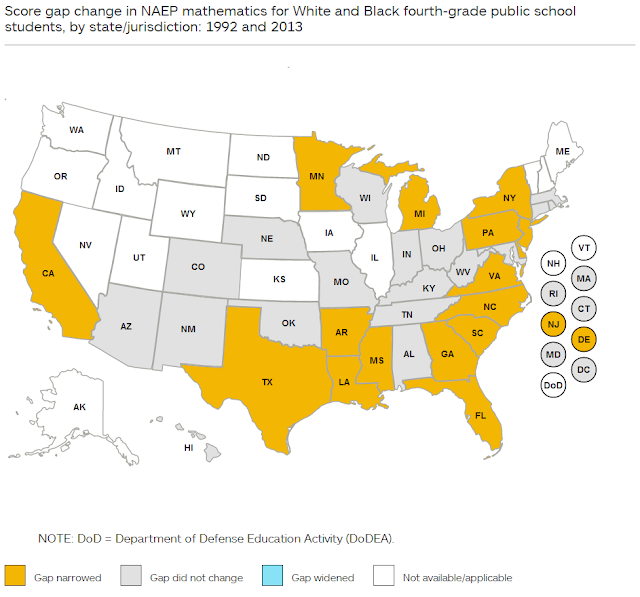 There are 16 states here that have narrowed the gap. This shows that states have done a better job during the decade 1992-2002 than the most recent one in reducing the achievement gap between black and white American children. By the way, scores are improving across the board. A gap narrowing therefore does not happen because white children are performing worse. Both groups have higher scores this year compared to twenty years ago. The gap between poor and rich children is equally stubborn: 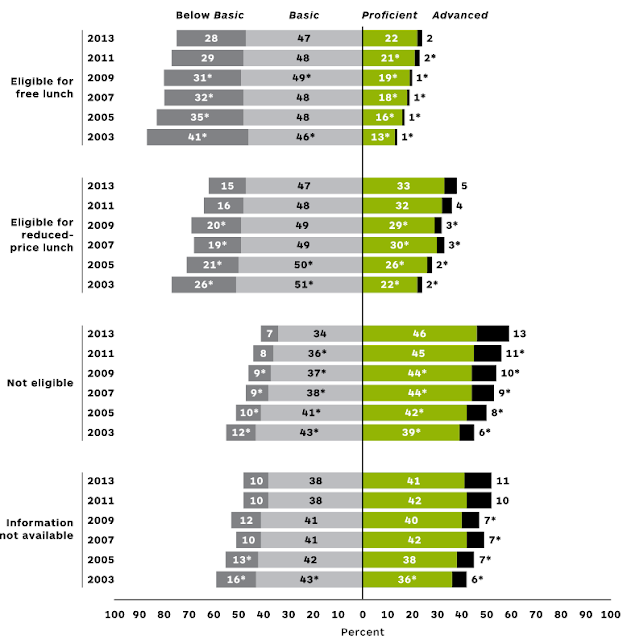 Another trend worth noting is this. Scores are indeed improving across the board, but the gains in math are much higher than in reading. Here's 4th grade math: 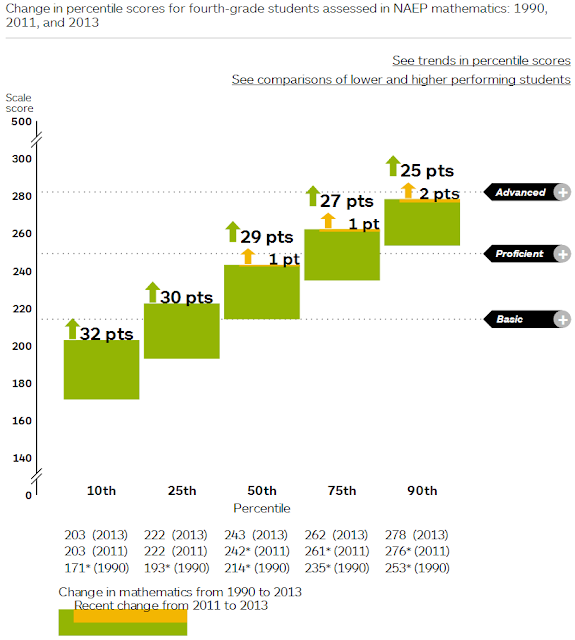 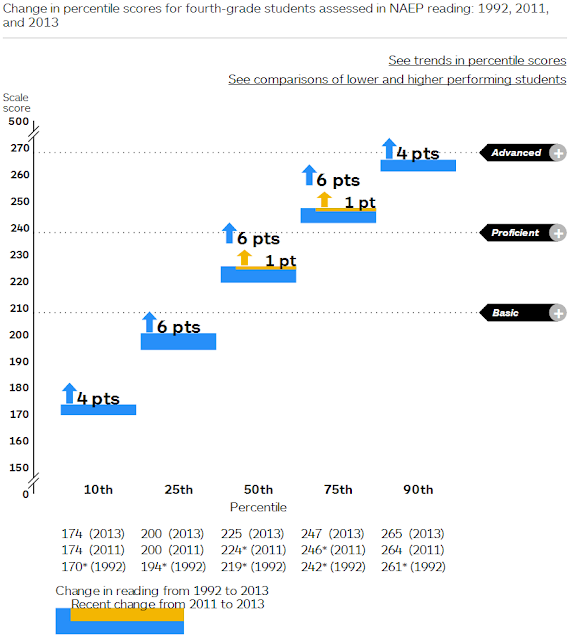 The above does provide an important lesson. While math is learned primarily in school. Reading is not. Reading is learned both at school and home. Reading is much more difficult to address than mathematics since the home does play a major role in this subject. Here, the gaps are likewise expected. These gaps are important because the differences inform us on how external factors like poverty affect education. Without mitigating the effects of socio-economic factors inside the classroom, the gaps are here to stay....