Trends in US Teaching Force

September 09, 2014
Ingersoll, Merrill and Stuckey from the Consortium for Policy Research in Education, University of Pennsylvania have looked closely at data on teachers in the United States to explore what changes have occurred within the teaching force during the past 25 years. In their report, Seven Trends: The Transformation of the Teaching Force, they pointed out the following: Teachers in 2012 compared to teachers in 1987 are larger in numbers, younger, less experienced, more female, more diverse by ethnicity, similar in academic abilities, and are less likely to stay teaching. Here are some of the graphs that support the above trends (copied from the original report): 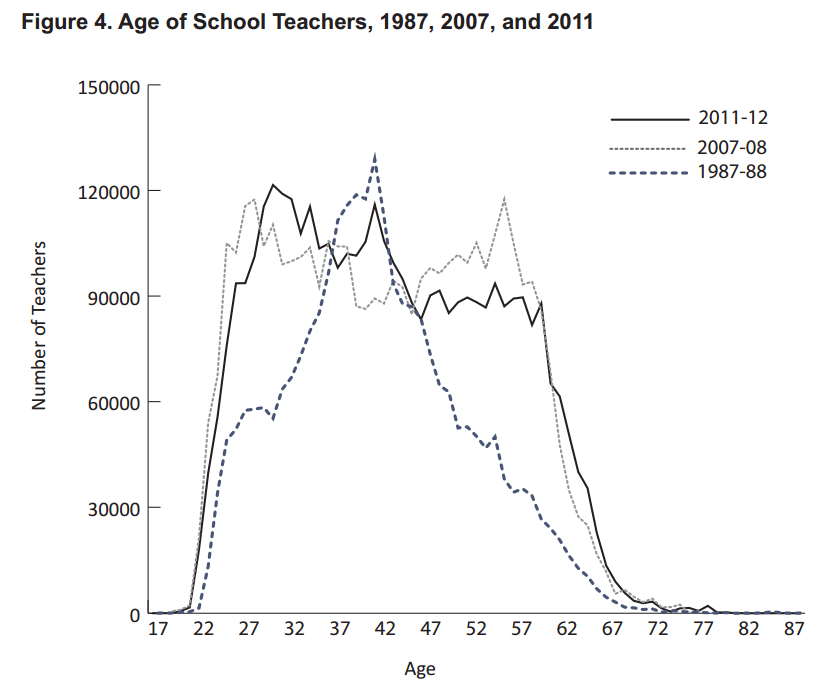 The above graph actually captures critical turning points in time. The average age of a teacher may have indeed increased from 1987 to 2007, but this trend would now reverse. In 1987, the age distribution is much narrower with a mode (most common age) of 41. In 2007, the distribution became much broader with a new mode at 55. But in 2011, the mode has dramatically dropped to 30. The younger age, of course, correlates with teachers in 2011 having less experience than those in 1987: Another trend that is continuing is that more and more teachers are female: 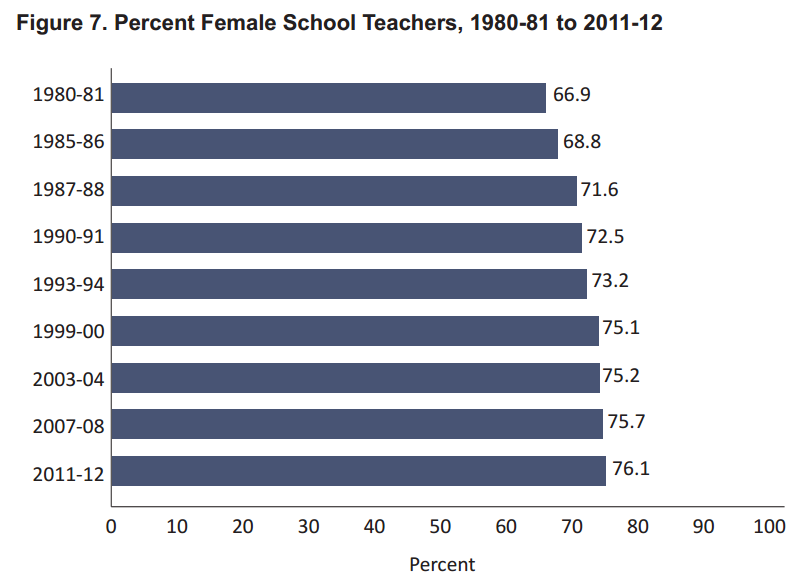 It is interesting to compare the above trends with those in the Philippines.

With regard to age, the distribution for teachers is obviously grayer: 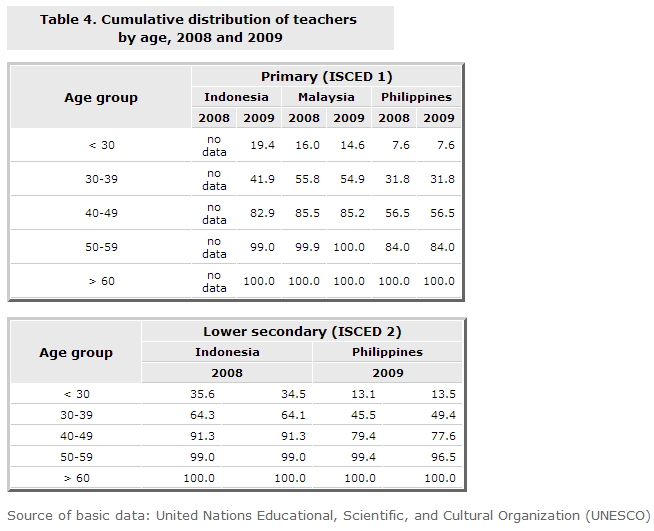 There are similarities and there are differences. But one data point that applies only to the Philippines is shown in the following table:

The United States is the top destination of Philippine teachers deployed abroad. It is useful to look at these trends. These provide meaningful snapshots of the teaching force of a country. These can either raise serious concerns or comfort....