June 28, 2013
I was a senior in high school and was participating in a regional Science Fair when I just happened to see my physics teacher from third year high school. It had been months since I last saw her and we chatted about out class. She shared with me her impressions of our class, specifically what she thought about me. She said I was a "late bloomer". Nevertheless, she saw some potential. Well, I did not become a physicist. I settled for physics' blithe sibling, chemistry. I am using here the words of Nobel laureate Dudley Herschbach who recalls in a paper remarks such as "A topic is dead when it has been turned over to the chemists." 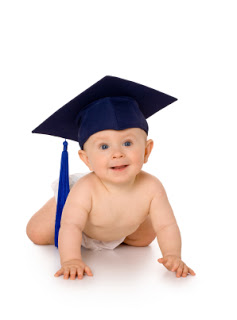 I was in one of the well known private school a year back for a 2 day training for students on my favourite topic 'Thought blocks'. As I was conducting the session I asked the students to close their eyes and raise their hands IF THEY THINK THEY ARE INTELLIGENT.

There were around 300 kids from various schools between the age group 15 to 18 and I was surprised when only 20 to 30 kids raised their hands!

That means only 20 to 30 kids even think they are intelligent! what about the rest?
This became the point of my study for the rest of the sessions to follow. I raised this same question to many students and even personally to many students and what I observed was stunning!

Majority of the students felt they are not intelligent!

What an irony! Kids go to school to become intelligent and here is a situation or rather a crisis where majority don't even consider themselves as intelligent!


Why this situation! And is it at all important to make every child feel he/she is an intelligent person!

I don't know the answer. But according to my logic may be it is because as parents and teachers, after a certain age, we only point out the mistakes of a child than highlighting the good things that they do!

I have had incidences where few of the parents walk up to me and get overtly worried about their kids. I just ask them to tell few good things about their son/daughter and they take a long pause before saying the good things! They have to think so much for that!


what is more important than making a person feel good, feel intelligent, feel great! Yes... everybody has weaknesses and everybody does mistakes... Lets try to highlight the best and leave the rest...

It was in the '60s that Robert Rosenthal and Lenore Jacobson studied the pygmalion effect inside a classroom.  Alix Spiegel did a recent program on the National Public Radio on this topic. "Teachers' Expectations Can Influence How Students Perform" brings us back to the experiments of Rosenthal and Jacobson:

The first psychologist to systematically study this was a Harvard professor named Robert Rosenthal, who in 1964 did a wonderful experiment at an elementary school south of San Francisco.

The idea was to figure out what would happen if teachers were told that certain kids in their class were destined to succeed, so Rosenthal took a normal IQ test and dressed it up as a different test.

"It was a standardized IQ test, Flanagan's Test of General Ability," he says. "But the cover we put on it, we had printed on every test booklet, said 'Harvard Test of Inflected Acquisition.' "

After the kids took the test, he then chose from every class several children totally at random. There was nothing at all to distinguish these kids from the other kids, but he told their teachers that the test predicted the kids were on the verge of an intense intellectual bloom.

As he followed the children over the next two years, Rosenthal discovered that the teachers' expectations of these kids really did affect the students. "If teachers had been led to expect greater gains in IQ, then increasingly, those kids gained more IQ," he says.

Motivation is certainly a big factor in performance. Impressions shape how we treat students. How feedback is given, how approval and support are provided can make a difference. And in a recent paper by Nicole Sorhagen, "Early teacher expectations disproportionately affect poor children's high school performance", the effects are even greater on children coming from poor families. The impressions of the teachers of these children at the early grades can haunt these kids at least until the age 15:


Early teacher expectations disproportionately affect poor children's high school performance.
By Sorhagen, Nicole S.
Journal of Educational Psychology, Vol 105(2), May 2013, 465-477.
Abstract
This research used prospective longitudinal data to examine the associations between first-grade teachers' over- and underestimation of their students' math abilities, basic reading abilities, and language skills and the students' high school academic performance, with special attention to the subject area and moderating effects of student demographic characteristics. Teachers' inaccurate expectations in first grade predicted students' math, reading comprehension, vocabulary knowledge, and verbal reasoning standardized test scores at age 15. Significant interactions between students' family income and teachers' misperceptions of students' math and language skills were found, such that teachers' over- and underestimation of abilities had a stronger impact on students from lower income families than on students from more affluent homes. In contrast, the effects of teachers' misperceptions of students' basic reading abilities on performance at age 15 did not differ by income. These results have implications for understanding the complexities of self-fulfilling prophecies and for understanding the achievement gap between students from disadvantaged and advantaged homes. (PsycINFO Database Record (c) 2013 APA, all rights reserved)


Self-fulfilling prophecies apparently do happen inside classrooms especially in the early years. And it has a greater impact on children from poor families.