How Much Should Teachers Be Paid?

February 05, 2013
Teachers are the most important factor in basic education. Teachers therefore play an important role in society. The profession requires individuals who have mastery, talent and dedication. Making teaching as attractive as possible is key to quality basic education. In spite of the recognition of how crucial basic education is to the well being of a society, many countries face problems in teacher quality and retention. Even in the United States, almost half of public school teachers quit before their fifth year. Recognizing a looming problem in US public school education, Academy Award-winning filmmaker Vanessa Roth together with Ninive Calegari and Dave Eggers produced the following documentary: 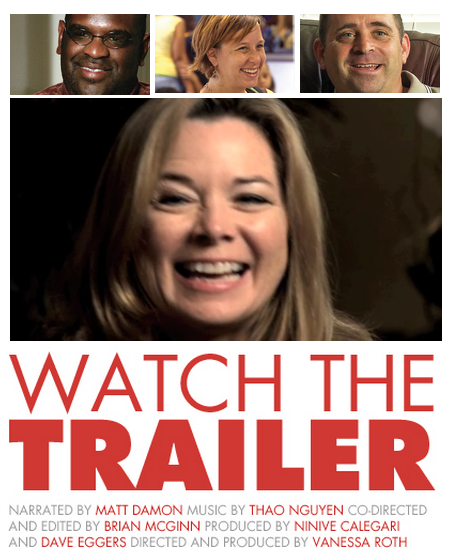 THE TEACHER SALARY PROJECT encompasses a feature-length documentary film, an online resource, and a national outreach campaign that delves into the core of our schools as seen through the eyes and experiences of our nation's teachers. This project is based on The New York Times bestselling book Teachers Have It Easy: The Big Sacrifices and Small Salaries of America's Teachers by journalist and teacher Daniel Moulthrop, co-founder of 826 National and former classroom teacher Nínive Calegari, and writer Dave Eggers. American Teacher is produced by Calegari and Eggers, produced and directed by Academy Award-winning filmmaker Vanessa Roth, and narrated by Matt Damon.

Though it is well documented that the most important school-based factor in students' academic achievement and future success is the quality of their teachers, 46 percent of public school teachers leave the profession within the first five years of being in the classroom. Salaries and stress are among the top reasons teachers say they leave. A good teacher has the power to change the course of a life—yet because teachers in the United States have historically had an average annual salary lower than their peers with similar educational backgrounds, 62 percent of our nation's teachers must have second jobs outside of the classroom-like tutoring, mowing lawns, selling stereos, or bartending—to be able to afford to teach.

Research has shown that the top-performing school systems in the world all share one consistent feature: top-performing teachers. In the next five years, almost two million teachers will retire. By following four feature teachers as they reach different milestones in their careers, our film tells the deeper story of the teaching profession in America today, and what we can do to invest in it for tomorrow. It is our hope that American Teacher will engage, challenge, and inspire audiences to be part of an urgently needed progressive social movement, resulting in a real and lasting impact on the lives of our nation’s children.


One could easily browse through various countries where the teaching profession receives the treatment it deserves. The salaries of teachers are, of course, one important key element. What is enlightening is to see that it is not really the absolute value of the pay that a teacher receives, but how their salaries compare to other professions that are deemed as equally demanding and important. Thus, in gauging how much a teacher is paid, it is useful to compare their salaries to the average income of other professionals. The Center on International Education Benchmarking provides a one-stop site to get these numbers.  Here are the observations for the top performers in education:

(1) Finland: "Pay is not the answer. Teacher pay in Finland is reasonably competitive but no more attractive than in many other European countries. In fact, the range of salaries among professionals in Finland is very small, compared to most other advanced industrial countries, which means that differences in compensation in Finland generally have less of an influence on career choice than in other countries."

Finland had the advantage of having something close to an egalitarian society. The range of salaries being small makes it easier to bring teachers' salaries slightly above average.

(2) Singapore: "Teachers’ salaries in Singapore are largely commensurate with other professions. The maximum salary for a lower secondary teacher is twice the GDP per capita, indicating that teacher compensation is generally quite strong."

With the second country on the list, it is clear that one important element in teachers' salaries is that these should be comparable to other professions (lawyers, medical doctors, etc.).

Indeed, the common theme persists, countries with high quality teachers pay their teachers with salaries comparable to other professions.

Of course, the GDP per capita for a developing country is a lot smaller compared to the likes of South Korea and Canada. However, what is important to note here is how the salaries of teachers compare with those of other professions. In a country like Canada where one earns higher than the GDP per capita, it means earning a bit more or the same as another professional.

(5) Japan: "Teaching in Japan is considered a middle-class profession, and teachers are paid well. Following WWII, over concerns about teacher shortages, the Prime Minister decreed that teachers would be paid 30% more than other civil servants. Although this gap has decreased over the last 50 years, teachers are still among the highest-paid civil servants, with a beginner teacher paid the same as a new engineer."

The case of Japan makes it a lot clearer. "A Beginning Teacher is paid the same as a new engineer."

(6) Hong Kong: "Teachers’ salaries are commensurate with those of other professional positions in Hong Kong."

There is nothing new here. Teachers are paid salaries comparable to other professions.

(7) Australia: "Teachers’ salaries in Australia are based on a nine-point salary range. In 2009, the most recent year for which OECD data is available, an entry-level lower secondary teacher with the minimum education required could expect to make $34,664. The same teacher can ultimately expect a salary of $48,233 at the top of the pay scale; for the first ten years, pay rises are essentially automatic. The Australian GDP per capita for that year was $39,918."

(8) New Zealand: "A lower secondary school teacher with 15 years of experience makes about one and a half times the GDP per capita."

(9) Netherlands: "For a beginning teacher, this salary is roughly compatible with the Netherlands’ GDP per capita (.95), and at the top of the pay scale a teacher can make 1.65 times the GDP per capita, meaning teacher salaries are quite competitive."

(10) Shanghai, China: "Teacher compensation varies widely across China. In rural community schools, teachers are sometimes not even on the public payroll and thus their salaries are subject to local fundraising. In large cities, teacher salaries are competitive with other professions."

For a developing country with a high population of children, providing competitive salaries to public school teachers is extremely challenging, if not impossible. When the majority of the population is in poverty, GDP per capita is not a good standard to use. Teachers maybe receiving salaries way higher than the GDP per capita in a developing country, but in absolute terms, these wages may not even be adequate to support a family.

I was trying to see a comparison of salaries of teachers against other professions in the Philippines. I only managed to find one site that shows a survey. In this survey, teachers get paid lower than most professionals.