Another Science Project in First Grade

February 17, 2013
This Saturday was cold so it was not really a good time to visit the National Zoo. Most animals would be indoors so my son would probably see only a few on exhibit. So my son decided to do a project for his class. My son did a project last time on cheetahs. For his second science project, of course, he likewise chose to do something about wild animals. This new project, inspired by Animal Atlas (please see videos at the end of this post), required him to place animals on the continent where they were normally found in the wild. The first thing he did then was to make a list of animals for each continent: 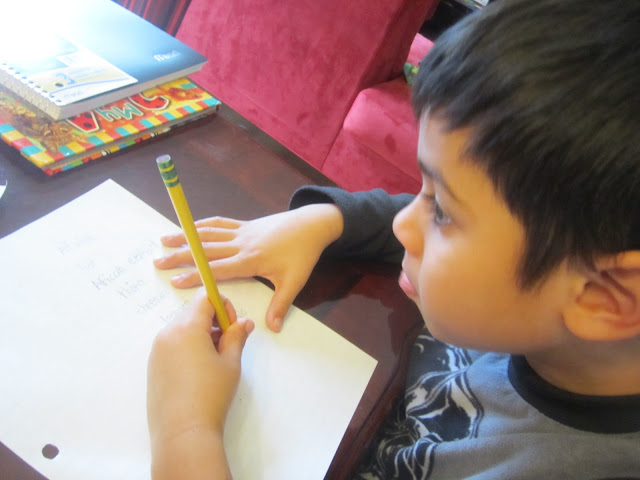 The following was a tentative list. What he wanted to do was to find pictures of these animals and place them on a world map. 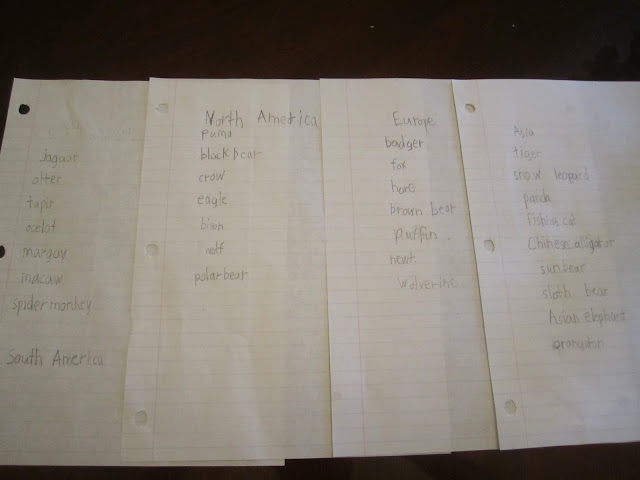 So he needed a world map and fortunately, there was one in the house that was quite durable as it was laminated: 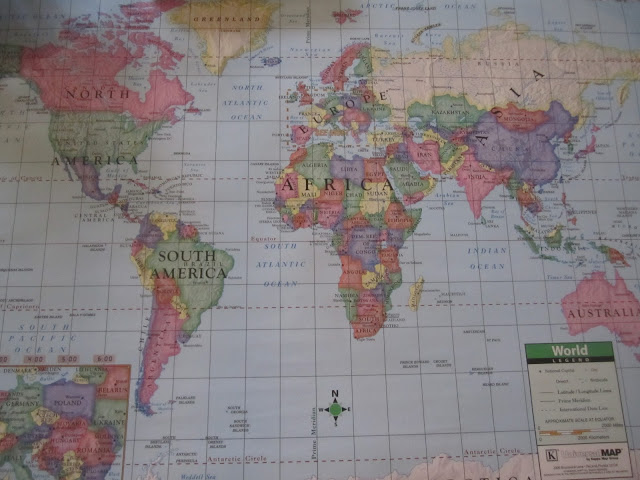 After finishing the list, he then surfed the internet to look for pictures, and, at the same time, to check if he did assign the animals to their correct continent. 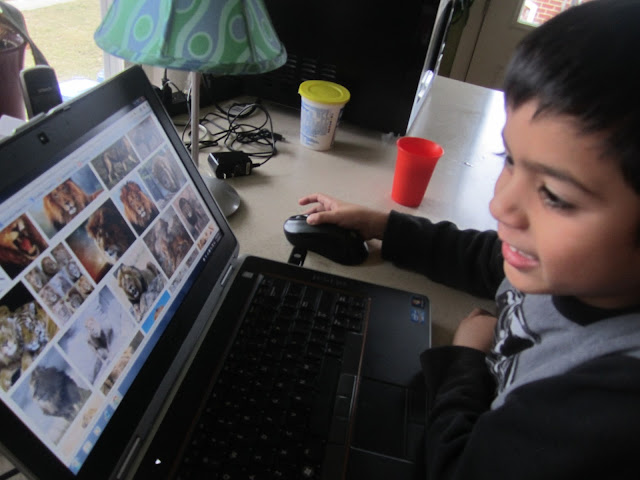 Initially, he was planning to copy pictures from the web, print these out, cut out the pictures, and then tape these on the world map. 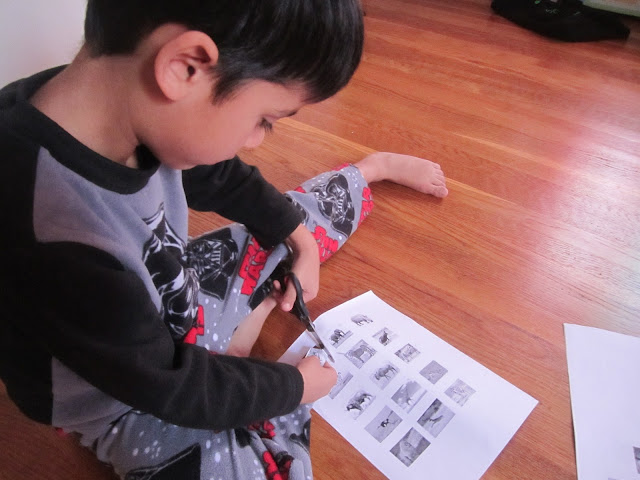 This was indeed quite a task. First, making the list provided him with reading and spelling exercises. Cutting the pictures out put his fine motor skills into test. 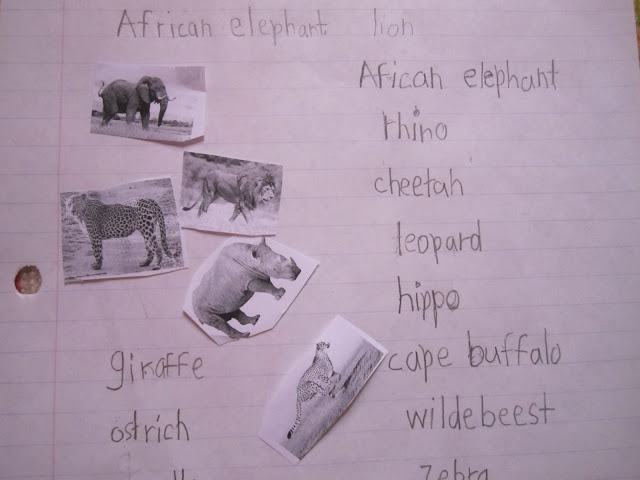 This was indeed a daunting task since he did pick several scores of animals. My son also had to worry regarding how these pictures could be attached to a laminated map. Ordinary glue probably would not work. Fortunately, his mom came to the rescue and reminded him that he had an old sticker book of animals. These stickers were colored and can be easily placed on the map. 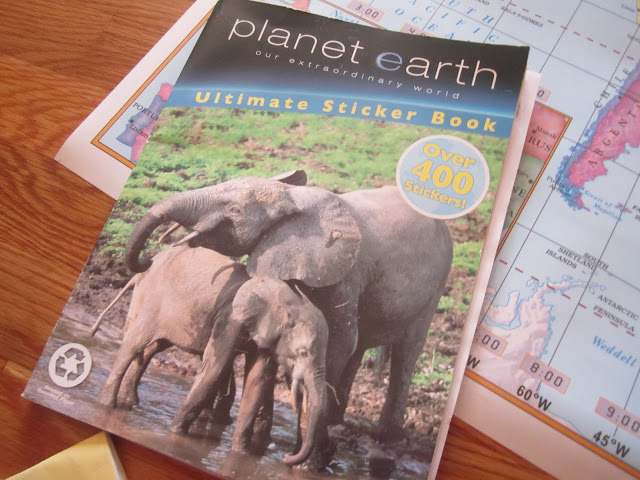 My son was indeed happy. He was hoping that the sticker book did have the animals he needed. 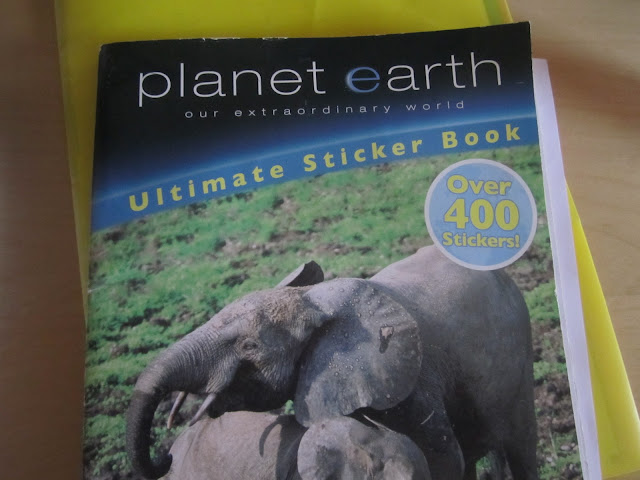 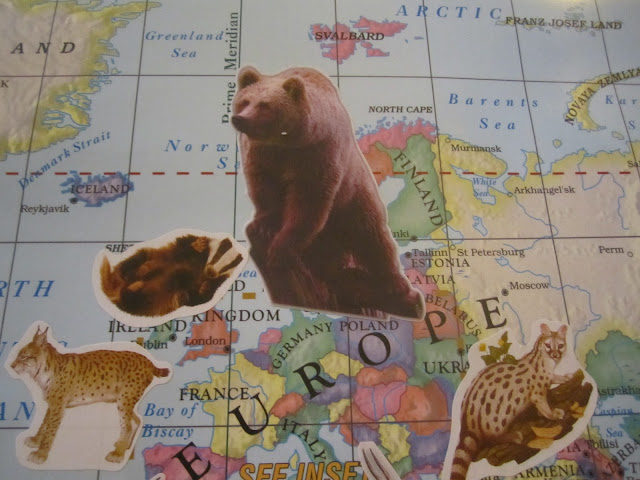 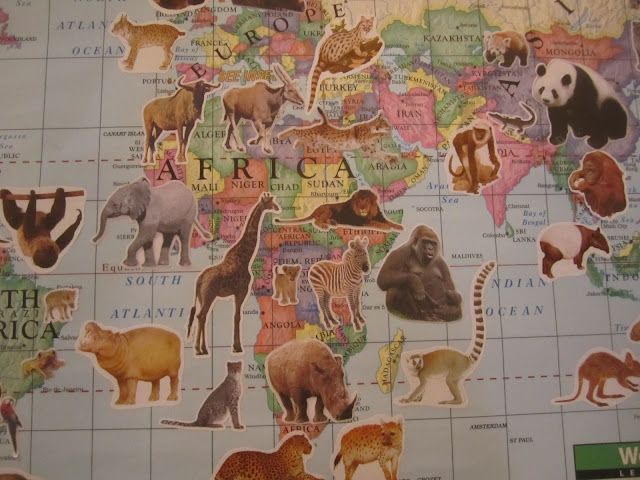 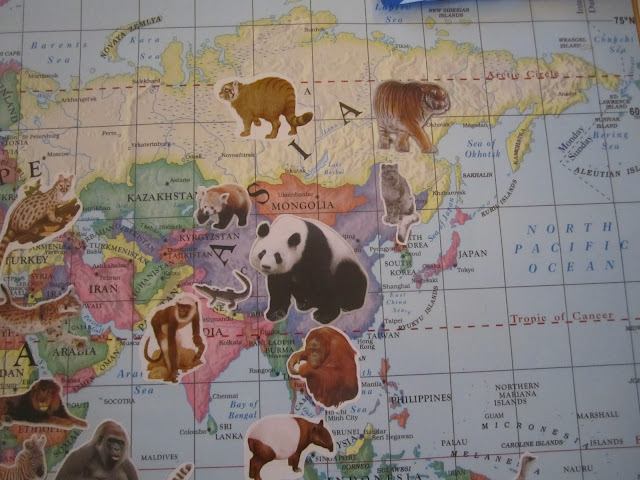 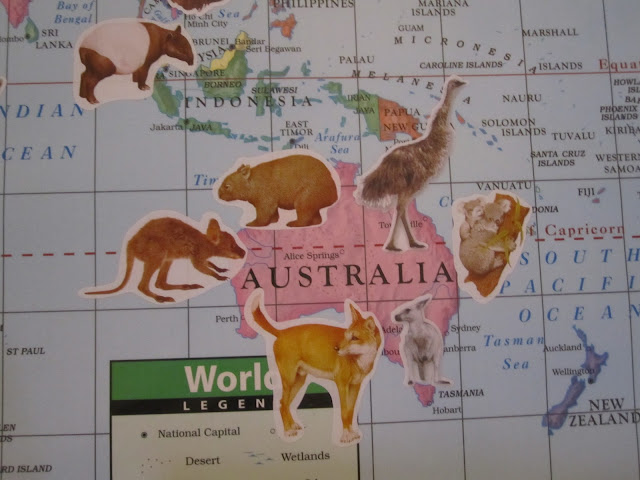 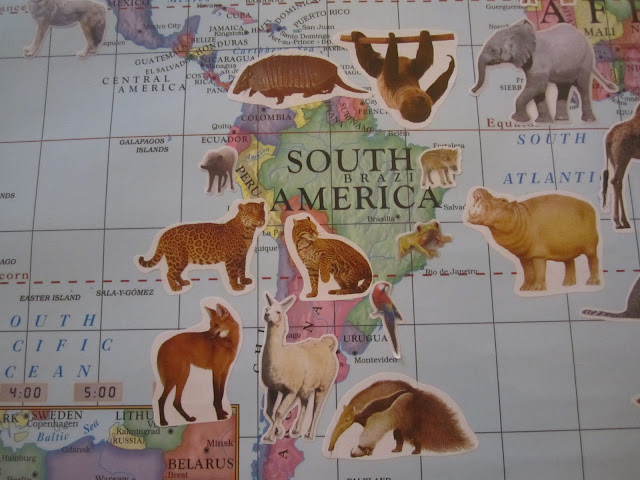 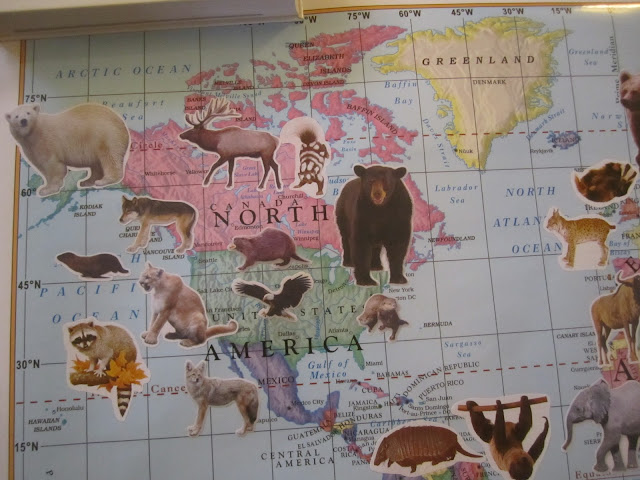 His map was finished. 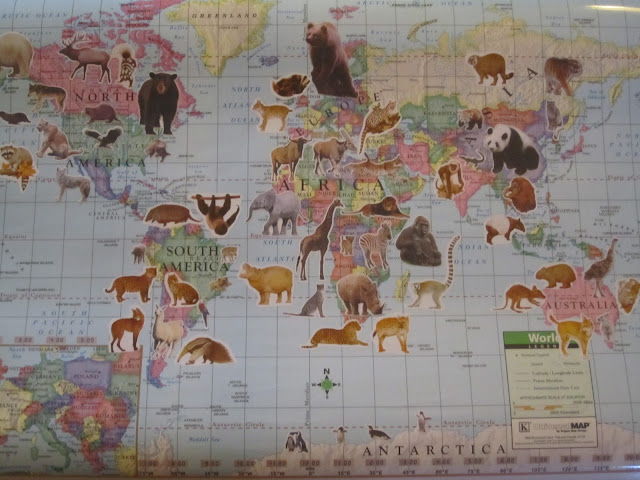 Antarctica had the penguins.

To complement the map, my son made a set of notes which listed the animals shown on the map for each continent: 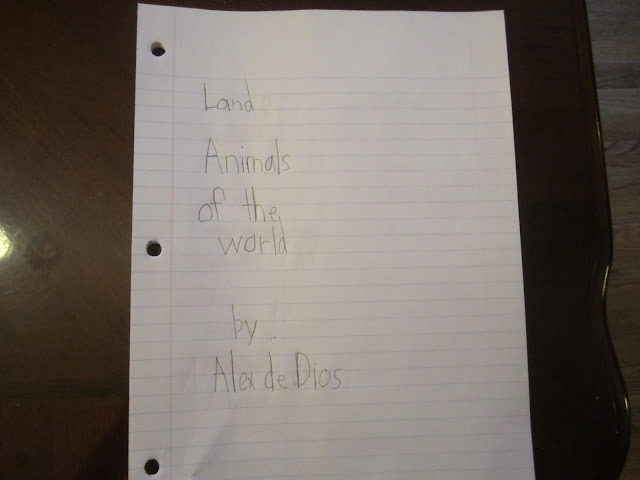 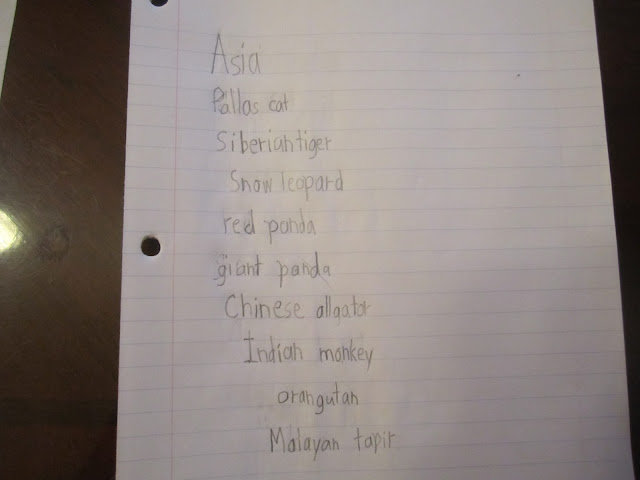 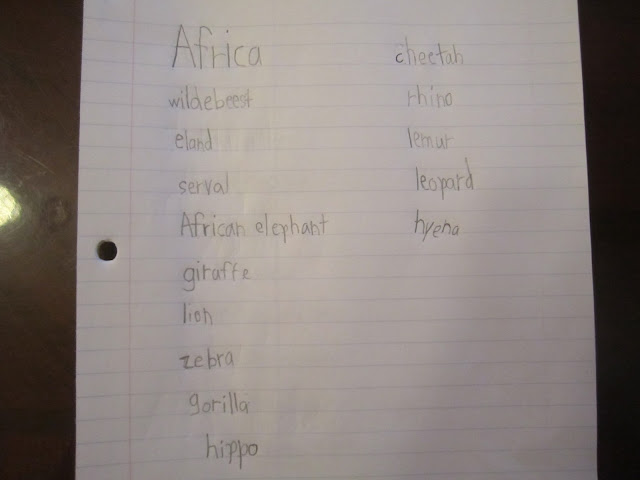 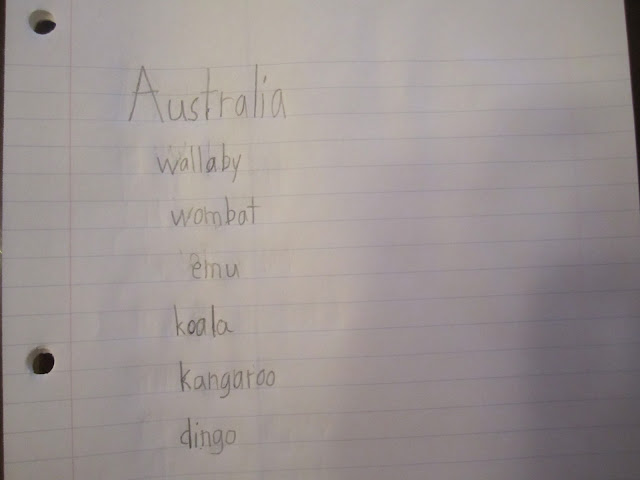 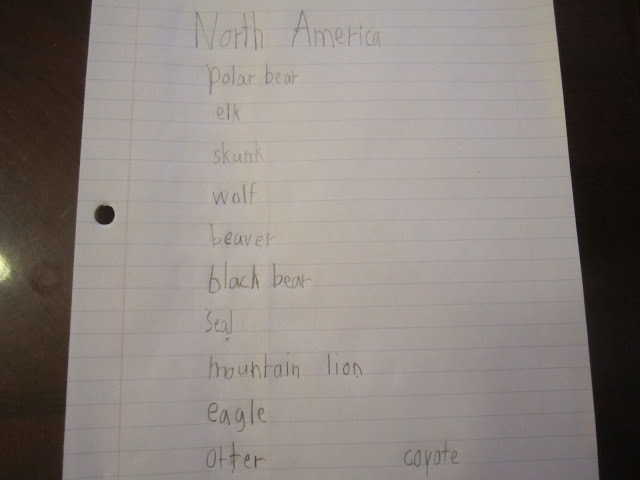 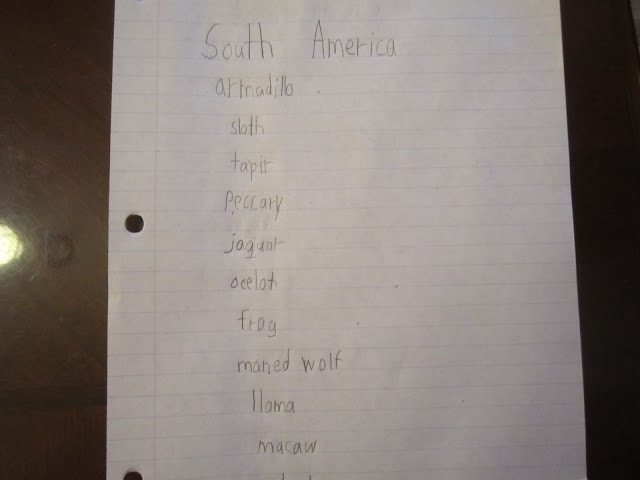 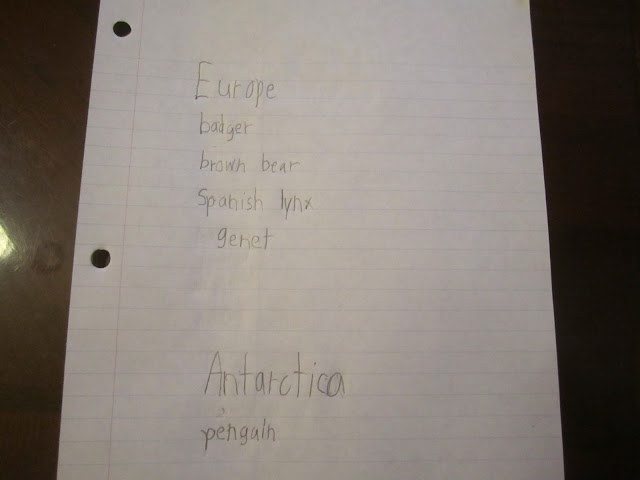 The list made sure that he did know how to write the name of each animal that he placed on the map. He enjoyed working on this project. After the project, he was then free to play. 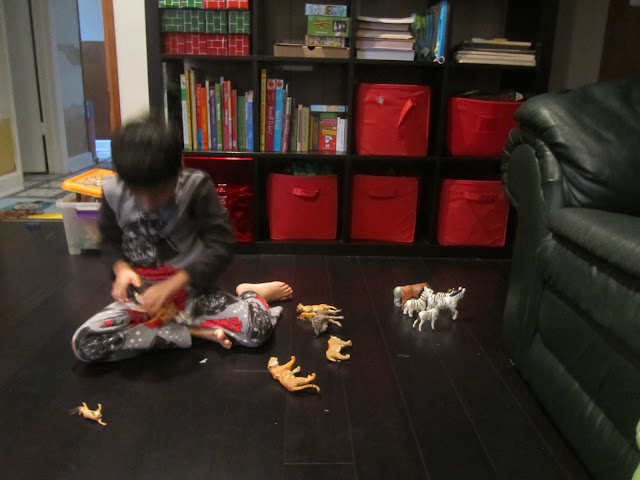 Of course, on a warmer day, my son and I would go out to see the real thing. 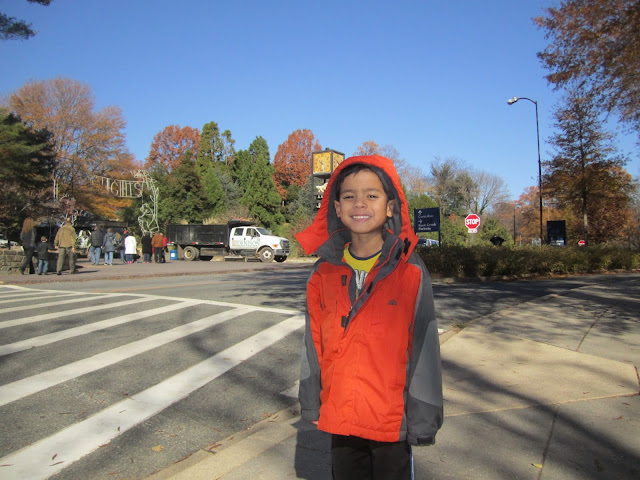 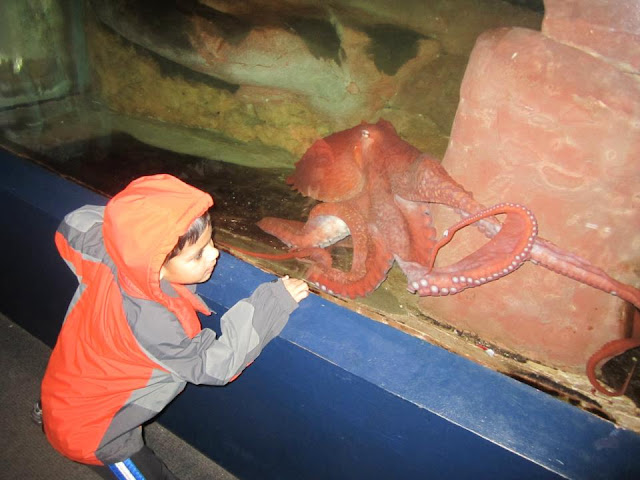 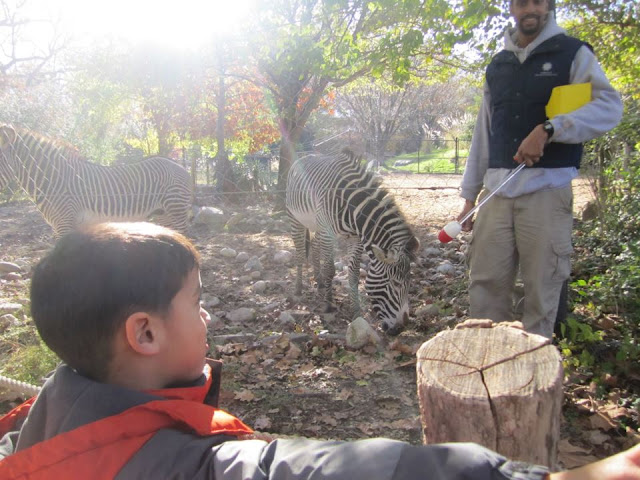 The following are the Animal Atlas videos that inspired my son's project: