Yet Another Graph Between Poverty And Test Scores

December 21, 2013
The data from the Trial Urban District Assessment (TUDA) are now available. These are educational progress measures for large cities in the United States. For instance, the following are the average scores in 4th grade math: 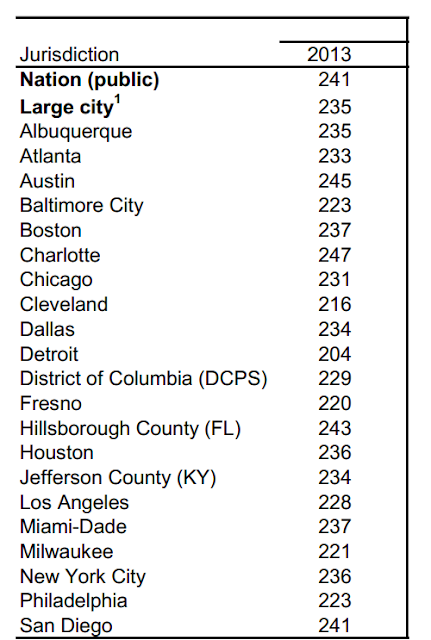 Included in these assessments are the demographic profiles of each urban district. Thus, the percentage of students who are eligible for reduced price or free meals (another measure of poverty level) in each district is likewise available: 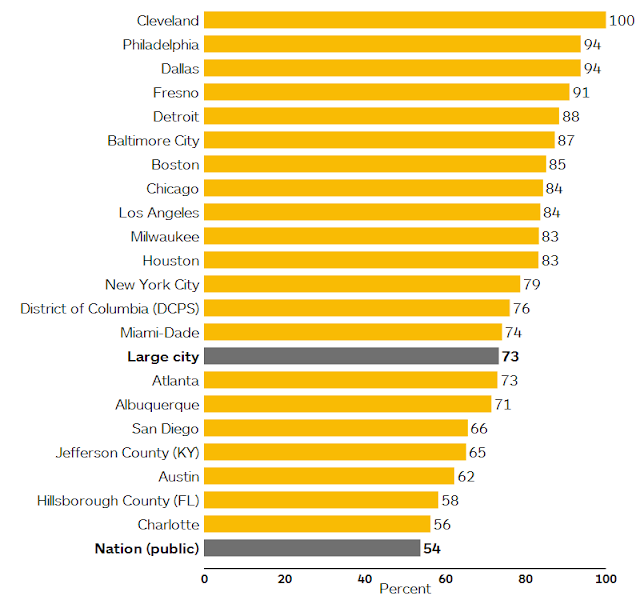 To put these two pieces of data together, the following graph can be drawn relating the average 4th grade math scores of each district to its poverty level: 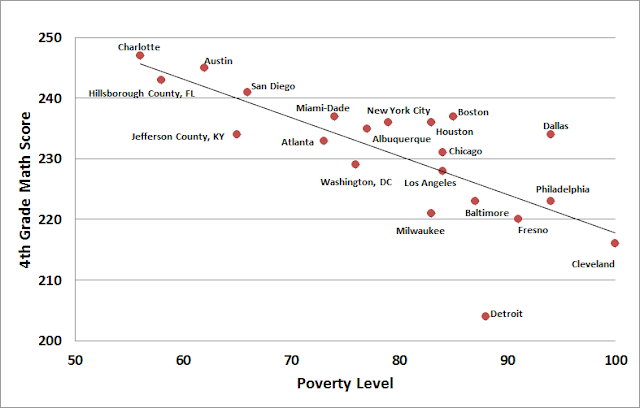 Urban districts with lower poverty levels have higher math scores. This is no different from the other graphs previously displayed on this blog. Looking at the details, three urban districts seem to be performing much better than what is expected based on their poverty level: New York City, Houston, Boston and Dallas. On the other hand, Jefferson County in Kentucky, Washington DC, Baltimore, Fresno, Milwaukee, and especially Detroit seem to be performing worse.