"Teachers Are Ignorant, Not Lazy"

December 19, 2013
"Teachers are ignorant, not lazy" is the title of a section in the conclusion of Harvard's Roland Fryer Jr. article in the Journal of Labor Economics. The paper, "Teacher Incentives and Student Achievement: Evidence from New York City Public Schools", finds that instead of improving learning outcomes, performance-based bonuses do not affect student performance, and in some cases, leads to deterioration. To understand correctly the phrase "Teachers are ignorant", the following quote from Robert Sternberg may be helpful, "There is no recipe to be a great teacher, that's what is unique about them". 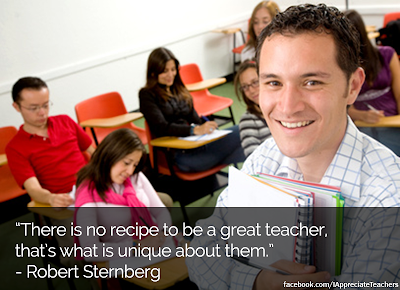 Within this context, it can be explained why performance-based bonuses do not work in teaching. Fryer writes in his article, "If teachers only have a vague idea of how they could increase student achievement, then there may be little incentive to increase effort.". However, part of the study includes a questionnaire through which teachers can in fact increase their likelihood of receiving bonuses. And surprisingly, as Fryer points out, "teachers did not even put in the minimum effort of filling out teacher surveys in order to earn the bonus." It is an enigma. Is it ignorance? Is it laziness? Fryer thinks, based on the data, that the reason is that teachers do not really feel empowered to make the desired changes happen.

Whatever the explanation is, the study demonstrates that performance based bonuses do not work. Margarita Pivovarova of Arizona State University provides a simple summary of Fryer's article in the blog Vamboozled:

A randomized experiment, a gold standard in applied work of this kind, was implemented in more than 200 hundred NYC public schools. The schools decided on the specific incentive scheme, either team or individual. The stakes were relatively high – on average, a high performing school (i.e. a school that meets the target by 100%), received a transfer of $180,000, and a school that met the target by 75%, received $90,000. Not bad by all accounts!

The target was set based on a school performance in terms of students’ achievement, improvement, and the learning environment. Yes, a fraction of schools met the target and received the transfers, but it did not improve the achievement of students, to say the least. If anything, such incentive in fact worsened the performance of students. The estimates from the experiment imply that if a student attended a middle school with an incentive in place for three years, his/her math test scores would decline by 0.138 of a standard deviation and his/her reading score would drop by 0.09 of a standard deviation.

Not only that, but the incentive program had no effect on teachers’ absenteeism, retention in school or district, nor did it affect the teachers’ perception of the learning environment in a school. Literally, the estimated 75 million dollars invested and spent brought zero return!