"The addition this year of more than a dozen teachers from the Philippines who are volunteering in a weekend tutoring program at High Bridge Elementary School has resulted in more one-on-one time with students and is a needed boost in preparing for upcoming state tests, say organizers...."


Virginia Terhune, a staff writer at the Gazette.Net (Maryland Community News Online), wrote last year in her article, "Filipino teachers bring expertise to Bowie school’s tutoring program". The team of Filipino teachers was headed by the president of the Maryland Chapter of the Association of Filipino Teachers of America (AFTA Maryland), Lynne A. Ciocon.

I met Lynne this past Saturday when I presented a talk, "A child inside a scientist, a scientist inside a child", to her group of teachers:

Prince George's County is in the state of Maryland, a state that is recognized as among the top states in K-12 education by Education Week. Part of the reasons behind this high ranking is the neighboring Montgomery County, where the research laboratories of the National Institutes of Health are likewise located. Other counties in Maryland that can be proud of their public school systems are Anne Arundel, Charles and Howard. Prince George's County, unfortunately, has 41% of its schools still not meeting the adequate yearly progress (AYP) as mandated by the No Child Left Behind Act of 2001. In January of 2012, George Barnette of Prince George's County News wrote "Maryland No. 1 in School Rankings although Baltimore and Prince George’s lag", quoting the county executive Rushern Baker:


“While Maryland ranks first in the nation, as a County we must continue to improve our school system and make certain that each day our students are provided the best education possible,” Baker went on to say. As County Executive, I remain committed to ensuring that all students in Prince George’s County are provided the quality education they deserve. Together we can make our school system great.”

In 2011, the state of Maryland noted that Prince George's County schools have been improving. "The data show a fairly steady upward trend in the passing rate of county students over the last five years", said Paul Mazzo, the school system’s director of testing. (Read "Prince George’s test scores increase overall, but most fall short of achievement goals" for the entire story). Part of this struggle of schools in Prince George's county are teachers from the Philippines. A special documentary on Maryland Schools, "'The Learning' in Context" highlighted the plight of Filipino teachers in schools in Maryland:

Typically, interested teachers apply through a for-profit recruitment agency and pay $5,000 to $8,000 in fees to cover transportation to the United States, immigration certification and housing assistance.
For school districts such as Baltimore's, recruiting abroad is efficient and cost-effective. Studies conducted by the Center for American Progress and the National Commission on Teaching and America's Future show that teacher turnover rates are highest in the nation's poorest areas, leaving many low-income urban schools in constant need of new teachers. According to a Maryland teacher staffing report, 60 percent of new teachers in the city of Baltimore leave after fewer than five years. Teacher attrition is estimated to cost Maryland approximately $42 million annually.

Rather than recruiting at various job fairs and through other outlets in the United States, a recruitment agency can fill multiple positions by sending representatives on one trip to Manila in the Philippines. There, they can choose from hundreds of pre-screened applicants. Filipino teachers are highly valued because of their excellent English skills; when American teachers set up the public school system in the Philippines, English was established as the language of instruction and remains so to this day.

A recent decision by the U.S. Department of Labor, however, has halted the recruitment process. An April 2011 investigation of Maryland's Prince George's County school district, which had recruited more than 1,000 teachers from the Philippines since 2005, found that the district had failed to pay proper wages and to maintain proper documentation. The district was ordered to pay a penalty of $1.74 million, as well as back wages amounting to more than $4.3 million, to 1,044 teachers, most of them Filipino. On July 7, 2011, the Prince George's County public schools reached a settlement and agreed to pay the $4.3 million in back wages and to be barred from employment-based sponsorship for two years. For scores of teachers, this agreement meant an abrupt end to their lawful status in the United States.

According to U.S. immigration law on H1B visas, a temporary nonimmigrant professional worker must be paid the prevailing wage, and no cost of petitioning the worker may be paid by the worker, including filing and legal fees. By requiring Filipino teachers to pay their own fees, Prince George's County was essentially paying them less than it paid their American counterparts. Teachers employed by the Baltimore schools say their district, which already has more than 600 Filipino teachers, followed the same procedures for which Prince George's County is currently being penalized.

Prior to the announcement, an association of Filipino teachers in Prince George's County had written to the Board of Education claiming "unlawful dismissal" after promises of tenure. Hundreds of teachers in the district had been told in organized meetings that visas would not be extended to teachers in "noncritical" areas due to budget cuts. The teachers have since learned that the district was already under investigation at that time.

The Prince George's County public school system has been denied the opportunity to sponsor any more foreign national teachers, either for H1B visas or for permanent resident visas.

H1B visas may be renewed once, but not for more than six years total. Once a visa runs out, the H1B worker (or teacher, in this case) should have an employment- or family-based immigrant petition approved or underway. However, these applications are not always accepted. Citizenship has been denied to 15 Filipino teachers since March 2011. Teachers whose visas are no longer going to be extended — some of whom have already invested in homes for themselves and their families in the United States — face a choice between returning to their home countries, pursuing claims for wrongful termination and/or finding new employers to petition for them in the United States. However, it is believed that the Prince George's County decision may discourage other school districts from hiring.

It was an honor to meet these teachers when I gave my talk at Prince George's County Library at Upper Marlboro. Some of these Filipino teachers are now working in the Southeast section of the District of Columbia, one of the most challenging school districts in the US. Unfortunately, I did not get to meet these teachers since I had to leave early. Malou Cadacio, PRO of AFTA-Maryland kindly shared their stories:


"Some of these teachers from Prince George's County who were affected by the debarment are now being hired by charter schools in Southeast DC. According to these teachers,they were hired because the enrollment has increased. The parents have been pulling out their children from DC Public Schools and have brought them to charter schools, prompting the DC chancellor to close down certain SE schools due to under-enrollment.

Some of them cried while sharing their recent teaching experiences in teaching young children in these charter schools. They said that the children are so "rough".

One teacher shared that she was hit by a 2nd grader with a chair.
The teachers said they just persevere because of their desire to secure their visa status and to be able to continue to provide for their families back in the Philippines."

Filipino teachers in Maryland do more than improve test scores in Prince George's county and the district of Columbia. They do more than support their families. They even give back time and resources to those who are in need back home in the Philippines. 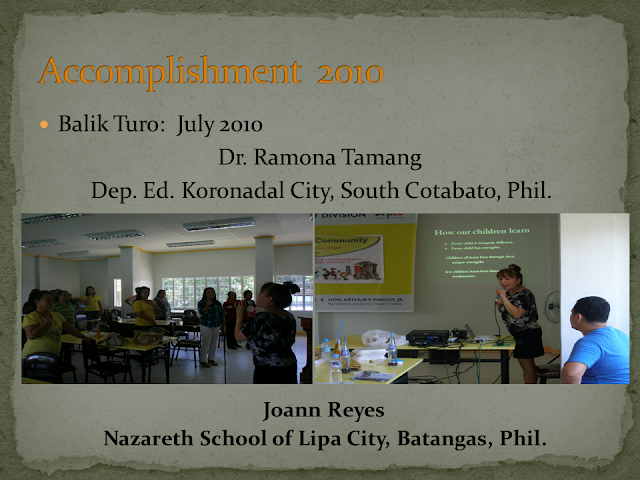 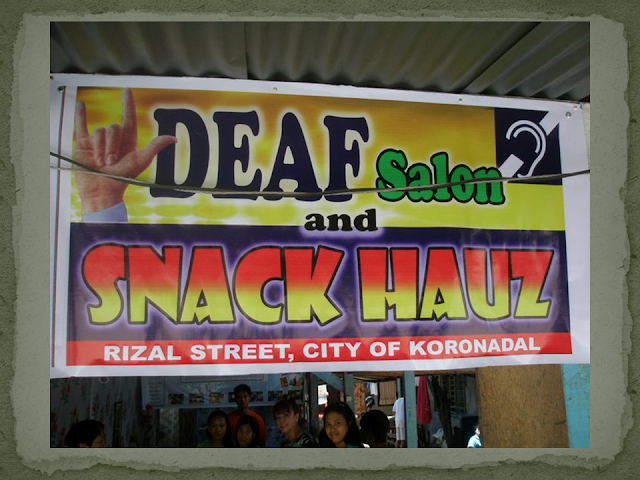 They also have not considered going home to the Philippines yet because most of them have sold their properties in order to travel to the United States.

There's so much "sob" stories from these teachers, that I hope someday will be dealt with by our own government in the Philippines."