One important, if less widely discussed, reason why our nation has lagged behind its Asian neighbors has to do with inadequate spending on merit goods. A “merit good”, coined by the late renowned public economics professor of Harvard, Richard A. Musgrave (1957, 1959), is a commodity deemed that an individual or society should have on account of real need rather than ability or willingness to pay. Merit goods are a class of public goods in that they create positive externalities for society and therefore tend to be privately under-consumed and under-supplied (i.e., the public benefit is greater than the private benefit).

Apart from our physical infrastructure bottlenecks are deficits in human infrastructure consisting of health, education, and science and technology (S&T) which all fall under merit goods. Our government annual budgets for education and health have been on the order of 2.0-2.5 percent of GDP which are way short of UNESCO’s and WHO’s 5.0 percent norms, to which our older ASEAN neighbors hew closer. In addition, the latest available data on gross domestic spending on research and development (R&D) in the Philippines has been a mere 0.11 percent of GDP (2007) compared with Thailand’s 0.21 percent (2007), Malaysia’s 0.63 percent (2006), and Vietnam’s 0.19 percent (2002).

Consequently, the number of our patent applications has been among the lowest in the region, namely, 1.8 per million people in 2010 while Thailand had 17.6, Malaysia 43.4, and Vietnam 3.5. Indeed, we reap to the extent that we sow!

Accordingly, it would be great if the most affluent Filipinos, e.g., those listed in the Forbes magazine, would take a cue from Warren Buffet and Bill and Melinda Gates, among others, and commit a quantum portion of their wealth to philanthropy dedicated to addressing our merit goods deficits. Such commitments could make up for the government’s shortcomings and budgetary constraints, thereby helping narrow social inequality in the long run

Apart from funding per se, a major challenge S&T has to face is the time-established attraction to the best and brightest students of certain traditional professions. Scientists and engineers don’t seem as glamorous as lawyers, for example, who are certainly not in short supply nor are they under-consumed in our country. Sans significant reduction in lawlessness!

Noted the Philippine Daily Inquirer editorial (3/23/13): “Indeed, while the lives of other nations are shaped by those who contribute directly to economic prosperity – visionaries, entrepreneurs, scientists, and inventors – our nation is ruled by a profession that mainly traffics in words and lives off the economic value produced by others…Why all the hoopla for the bar exam, but not for the board exam results for doctors, accountants, engineers, pharmacists, etc.?”

I would have given higher priority to scientists and engineers over medical doctors and accountants whom we also produce plenty of, except that they are easily drawn to greener pastures abroad. The accomplishments and awards (national and international) of the comparatively few scientists that the nation is blessed with hardly get mention even in the inside pages of the major dailies, or in TV and radio broadcasts.

Another hurdle that S&T has to contend with is the glitz and glamour of showbiz and sports, and the adulation that the public showers on the celebrities which the media, in turn, almost always amplify way out of proportion. This precisely perpetuates the cultural value among the youth of scant interest in the sciences and endeavors that directly foster the nation’s inclusive long-run economic development.

PAASE annual general meetings – at which notable scientific papers and inventions by both Phil-Am and local members are presented – occur alternately in the U.S. and in the Philippines. The most recent ones staged here were organized and hosted by DLSU (2007), ADMU (2009), UP (2011), and Don Mariano Marcos University (2013). Not surprisingly perhaps, there was nary a media report on these unfortunately “non-glitzy” events.

Several multi-awarded PAASE scientists and engineers have come here – for collaborative research in various fields with local counterparts or speaking engagements – and gone unheralded. A stark contrast, indeed, to the more popular celebrities who are lionized by the media and some even get invited to Malacanang for an audience with the President.

Underinvestment coupled with scarce public interest in and media attention to science, engineering and technology. Need we wonder why we have such a huge merit goods deficit! Can government, media, and philanthropy converge to deal with the problem? 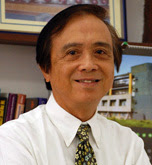 Ernesto M. Pernia is with the UP School of Economics, a fellow of the Institute for Development and Econometric Analysis, and currently a director on the PAASE board.
Commentaries