January 02, 2013
Linda Rosen currently leads Change the Equation.  This is a coalition of Chief Executive Officers (CEOs) of leading corporations and foundations in the United States. Its aim is to foster widespread literacy in science, technology, engineering and mathematics (STEM). By advocating research-based practices, Linda Rosen has provided leadership to the business community in its endeavor to improve STEM learning.

Change the Equation highlights data and statistics that should help guide policies in STEM education. The following are examples (These figures are taken from STEMtistics): 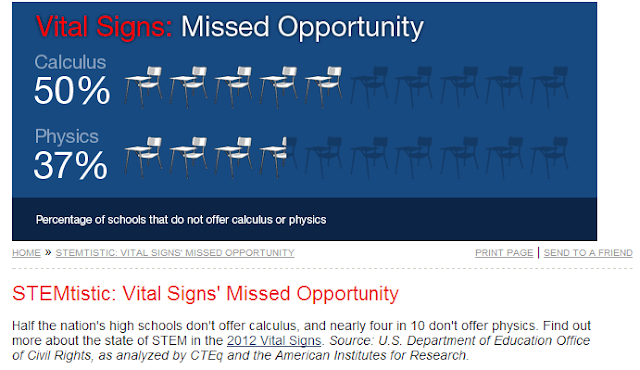 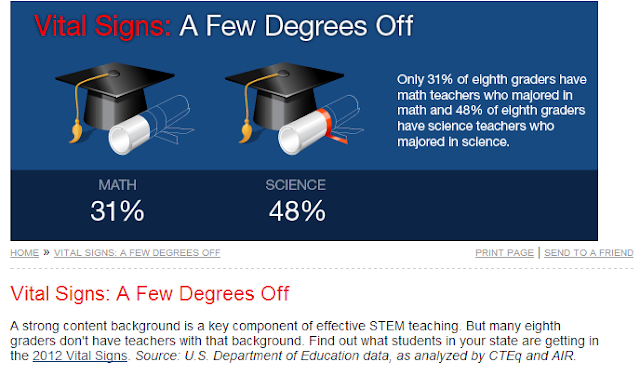 The above maybe a surprise especially to those who are not specifically aware of the state of public school education in the United States. The fact that less than a third of math teachers in Grade 8 classrooms majored in math could be shocking to some. Universities in the United States of America, after all, are among the top schools in math and the sciences. Calculus is taught only in half of the high schools and more than a third have not been taught physics. Data such as the ones shown here can indeed enlighten discussions on how to improve math and science learning. These numbers raise pertinent questions. With an awareness of the situation, useful insights could then be provided.

With the release of the 2011 TIMSS, comments from a person like Linda Rosen are particularly worth noting. Dr. Rosen wrote in the Huffington Post, "TIMSS, Time Travel, and the State of STEM". While maintaining that the United States still has much room to improve, she noted that the country has done things that are positive. She wrote:

But some things have changed for the better:

• We have actually gained real ground in math and science since 1995.

• States like Massachusetts and Minnesota, which created better standards and helped schools do a better job of teaching those standards, are seeing world-class results for their efforts.

• We now understand the importance of focusing on a small number of key topics in depth. More important, we're finally beginning to act on that understanding. No more 'spiral curriculum' or content that is "a mile wide and an inch deep."

• We understand the need to increase high school graduation requirements in math and science.