It was the last day of class before the Christmas party. The school children were about to start their holiday vacation so Romero decided to pick up his child who was currently enrolled in Grade 7 or first year high school in the new DepEd K to 12 curriculum. He wished the other students, "Merry Christmas", as the classmates of his daughter also looked up to him as a parent.

Remembering that it was after all a season of giving, Romero heard a whisper from inside saying that he should probably do something meaningful for these children during the holiday break. He thought that there must be ways to help these children prepare for their classes when schools open again in January. There were better things to do than wasting one's time on Facebook, he realized.

Romero's house had been a place for school children to meet and receive reading lessons as well as tutorials in mathematics. Romero in the past had also provided computer literacy lessons to children in his neighborhood. He did this one time for six consecutive weekends, renting a computer shop so that the children could in fact experience hands-on the lessons that were taught. These were all provided free and Romero shouldered the costs. Unfortunately, in the Philippine society, efforts such as these are sometimes seen with envy and jealousy, which exacts a great emotional toll on those who are trying to make a difference.

This past Christmas, Romero already had a daughter who was now thirteen years old and could speak her mind. She asked her father how much it would take to teach children how to read. Apparently, the daughter learned from the examples set by her father. In addition, her daughter even recruited help. She had two other classmates who were willing to volunteer.

Romero and her daughter then visited a store to estimate the costs, a marker was 10 pesos while a sheet of Manila paper was 5 pesos. This would be enough to make a chart for the lessons. Romero and his daughter decided to focus on Dolch sight words. These are words in the English language that can not be easily "sounded out" and therefore must be learned by recognition and familiarity. They went to Google to search for a list of Dolch words and printed them out. The cost of printing two pages was 4 pesos. They needed thumb tacks (10 pesos). With 29 pesos, (which cannot buy a burger from a fastfood restaurant) Romero and her daughter have made the learning material required for their project.

The lesson required a venue. Fortunately, they found a shanty in a neighboring barangay that was available. The project started on December 30, 2012. The program attracted a few children. The other two classmates who volunteered days ago did not show up. The reason apparently was that the mother of one of these volunteers inquired if volunteering to this program comes with pay. Romero simply sighed, "It seems like nobody wants to exert any effort now if there's nothing to be had...."

With the children who attended, it became clear at the beginning that order and discipline were necessary. Patience was required. Romero also noted that among the children who attended were third graders, yet, these children did not even recognize the letters in the Roman alphabet. Most mother tongues, if not all, in the Philippines use the same letters. Romero's daughter was very patient and she tried to make the lessons more interesting and interactive by posing challenges to her students, giving them very specific goals that were within their reach. It worked since the children came back for the next session. After a week, Romero's daughter was not feeling well but luckily, by that time, there was another parent in the neighborhood who volunteered to continue giving the lessons. At one time, it was also raining and the shanty was not really water-proof but fortunately, a chapel opened its door for this program. The chapel has now become the new place for these reading lessons. The following are photos of this program (courtesy of Jojo): 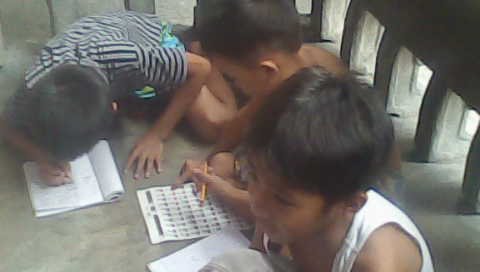 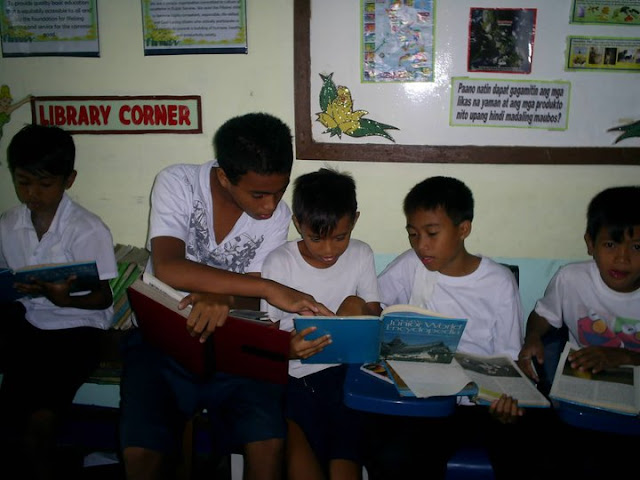 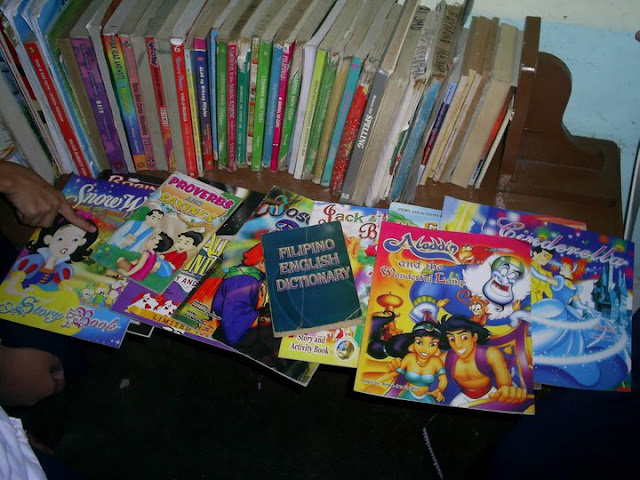 And the following is a video:

The project continued even with schools now open for the new year. The lessons are provided over the weekend and these are now held inside the chapel. In this endeavor, Romero sees the very poor state of basic education in the Philippines. These alternative learning systems are in place not because these are better ways of learning, but because the formal system is broken. Classrooms are overcrowded and teachers are overworked. Children are mass promoted even though they are not learning how to read and write. Romero cannot fathom why DepEd is unable to see that the basic education system is failing at the first and second grades. These problems are at the beginning and these only become worse in the succeeding grades and high school.

Romero and her daughter have decided to continue their efforts and hoped to keep it going through the summer vacation.

We seek alternatives when what we currently have is not working. In this respect, it is important to find out first why it is not working. Only with such an analysis can one avoid the problem of, for example, embracing an alternative means that actually requires what is missing in the current scheme. If resources, for instance, are among the problems then the alternative system must not be facing this same problem. When a classroom could not even provide a piece of chalk, it would be foolish to suggest distance learning. Proposing alternative means can easily be a simple dereliction of one's true obligation. If an area is under conflict, if there is civil war, we should not look for alternative learning systems that may be adapted to these conditions. Instead, we should look for peace and work hard to attain it.

Romero sees his project quite well. He says, "It's not much, but it's better than nothing." His is an alternative means and one should pause and remember that "nothing" corresponds to the current educational system. The alternative tells us a lot about what we currently have. We should keep in mind that Romero also noted that among the children who attended were already third graders, yet, these children did not even recognize the letters in the Roman alphabet. Romero's efforts are not supplementary, his is an alternative means. Romero also noted books in the school being kept in locked displays. He was particularly disappointed when he saw that books that he had donated did not really end up in the hands of the students but merely kept inside cabinets perhaps free from dust, but also free from the children's reading eyes. This reminded me of my high school where books as well as scientific glassware and equipment are kept only for show.