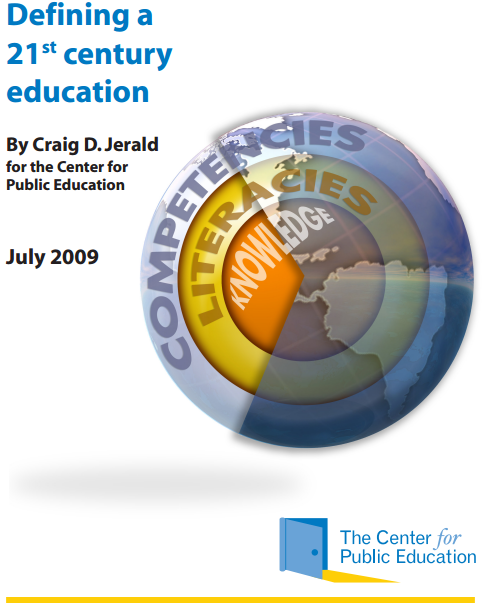 The report discussed how public education should be reformed in the face of the new challenges of this century. One of the topics Jerald explored in depth is "critical thinking". Jerald wrote the following while citing the work of cognitive scientists and the National Research Council:

At one point cognitive scientists thought reasoning and problem solving must come down to some set of general-purpose strategies or steps that, once learned, could be applied to any situation. If so, it would be easy to teach students those tactics and make them “sound thinkers” and “creative problem solvers.” Indeed, programs designed to teach abstract thinking skills sprang up around this belief, and many of those are still in use today.

But it turns out that assumption was mistaken. Experiments showed that reasoning and problem solving are not generic skills like being able to ride a bike or being able to divide fractions. Instead, as the National Research Council summarized, “Research on expertise in areas such as chess, history, science, and mathematics demonstrate that experts’ abilities to think and solve problems depend strongly on a rich body of knowledge about subject matter.” That is why Levy and Murnane used the term “expert thinking” rather than words like “critical thinking” and “problem solving” to describe the kinds of work tasks humans can do and computers cannot.

Experts, by definition, know a lot about a subject, and it is that knowledge which helps them think critically and solve problems in their area of expertise. In fact, for anyone who wants to help students reason and solve problems more effectively, it is absolutely essential to understand what research has discovered about expert thinking.

Jerald also prepared a set of Powerpoint slides to convey the above ideas at a more concrete level, and I am taking the liberty of sharing some of his slides. Answering the question of what skills and knowledge do young people need in the 21st century, Jerald's response is "math". Here are some of Jerald's slides: 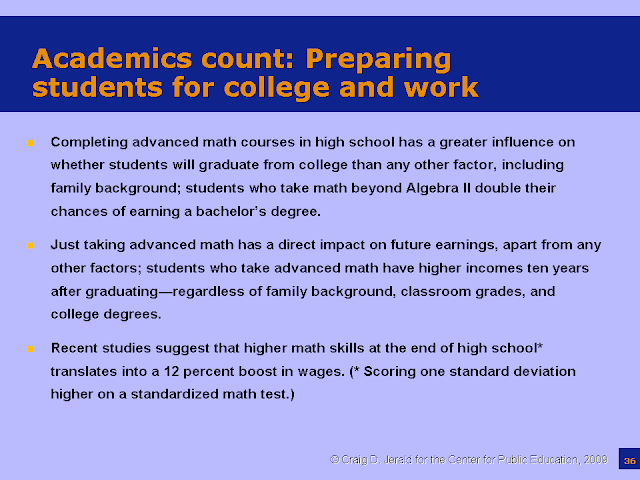 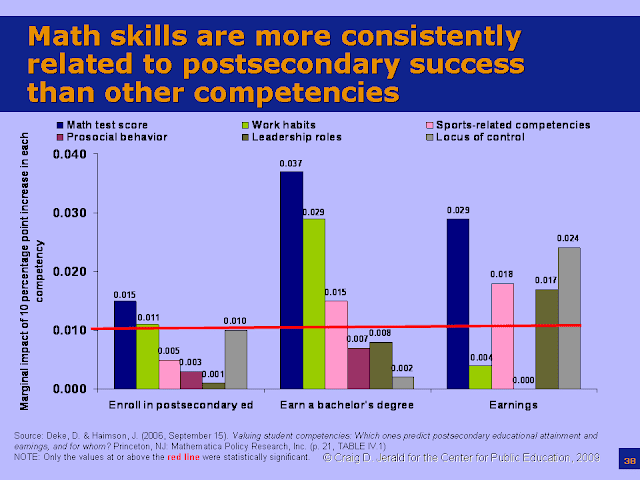 One of the five big takeaways from his presentation is the following:


nThe need for traditional knowledge and skills in school subjects like math, language arts, and science is not being “displaced” by a new set of “thinking skills”; in fact, students who take more advanced math courses and master higher math skills, for example, will have a distinct advantage over their peers.

21st Century Education is not really different from the quality basic education of the past century....