Why Physics First: An Alternative to Spiral Curriculum in the Sciences

There is a movement regarding science education in high school in the United States that has been increasing in popularity. Spearheaded by a Nobel laureate in physics, Leon Lederman, "Physics First" makes the claim that the proper sequence for teaching the sciences in high school should be physics, followed by chemistry, and then biology. The project "American Renaissance in Science Education" summarizes this order in the following flow chart:
The University of Missouri currently has a program that helps train teachers in implementing the above course sequence. It is briefly described in a brochure with the following brief rationale: 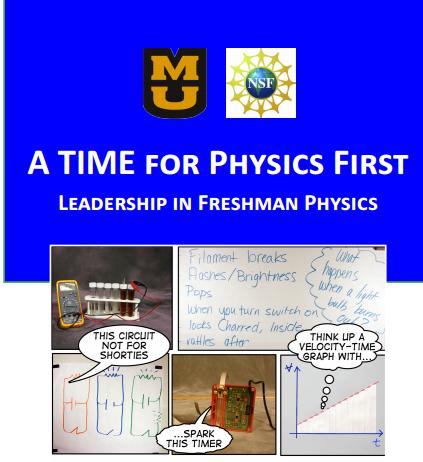 Bottom line: Unlike the spiral curriculum that DepEd's K to 12 promotes, "Physics First" is a response to our improved understanding of how the brain learns. There are additional significant differences. "Physics First", as demonstrated in the University of Missouri program involves summer workshops for teachers over a three year period. This reform does not take place with teacher training lasting for a week or two. An institution of higher learning is intimately involved not for weeks, but for years. The program is not imposed on all public schools. And in the limited, well-designed, controlled studies, regular evaluation will be performed. This is in line with a perspective from another Nobel laureate, Richard Feynman:


"Anecdotal evidence alone, however, cannot confirm the success of the physics-first curriculum. Richard Feynman, renowned physicist and Nobel laureate, spoke of this lack of credible studies in science education almost 40 years ago. "There is an enormous number of studies and a great deal of statistics," he said in a speech about education at the Galileo Symposium in Italy in 1964, "…but they are mixtures of anecdotes, uncontrolled experiments, and very poorly controlled experiments, so that there is very little information as a result." Following this logic, the physics-first curriculum cannot be declared a complete success without well-controlled studies showing its utility in raising science literacy."