September 05, 2012
The following are slides taken from a PowerPoint Presentation of the Alliance of Concerned Teachers ( http://www.act-teachers.com/act-proposed-budget-for-2013/ ). The original presentation contains an arithmetic error on the budget item on Maintenance and Other Operating Expenses (MOOE). The figures shown in this blog have been corrected. It is shared here to emphasize the dramatic shortfall of the proposed DepEd budget for 2013. It illustrates why implementation of K to 12 is poorly timed when there are currently so much needed yet unanswered in basic education. 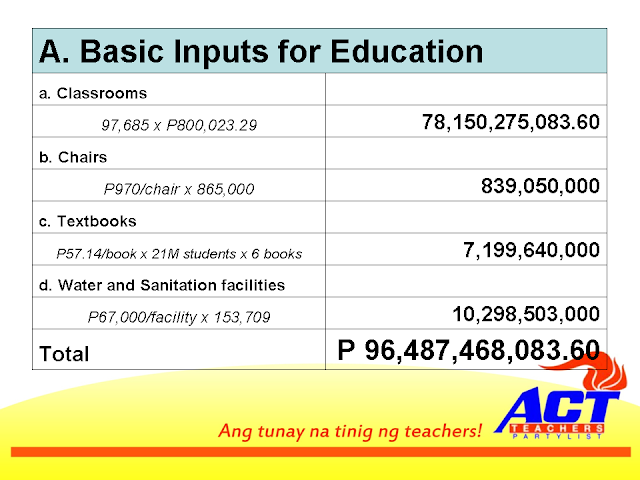 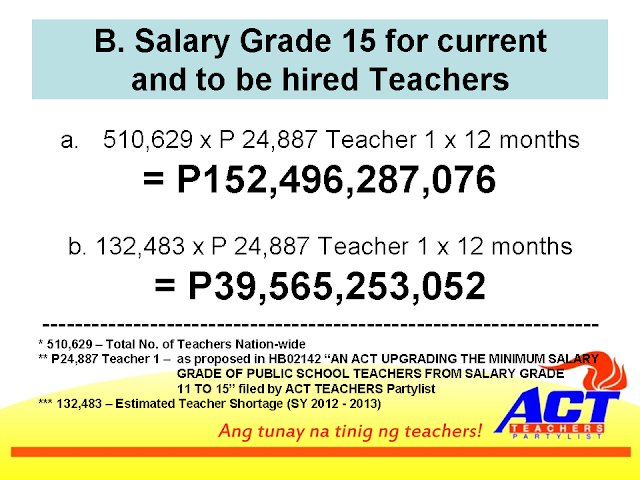 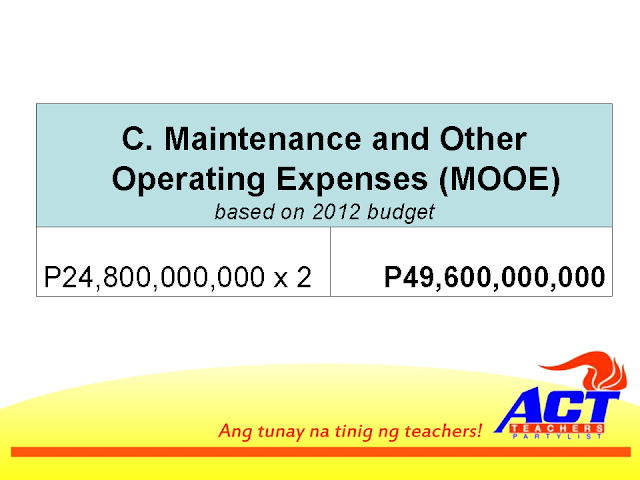 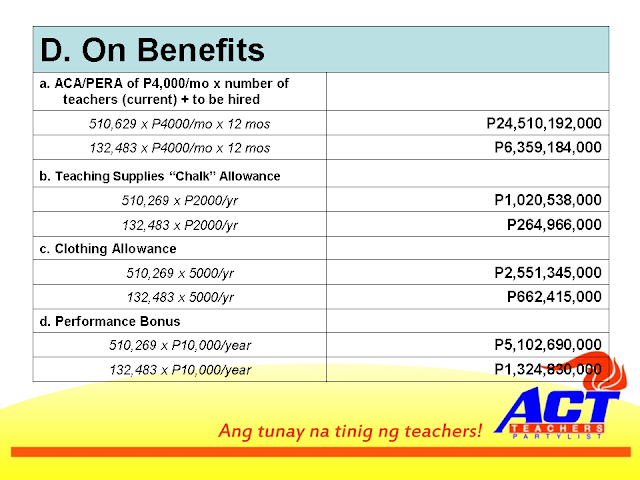 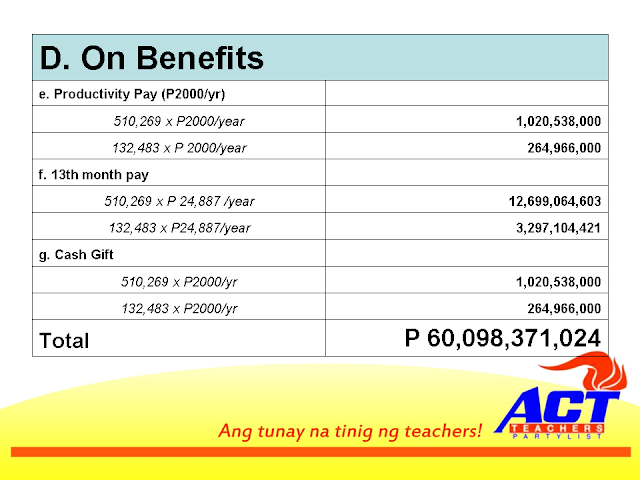 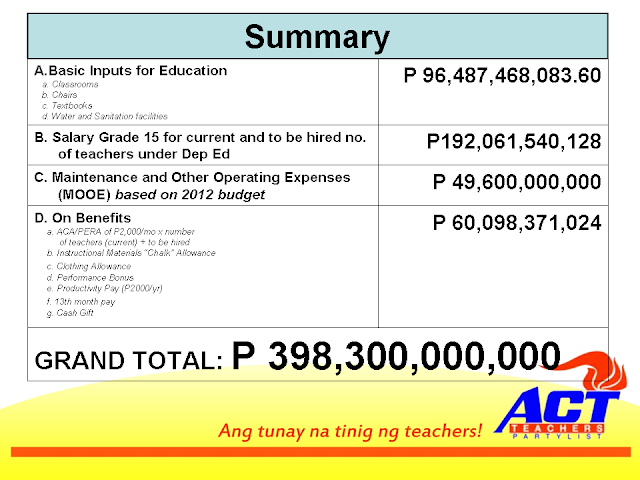 And here is DepEd's take on its proposed budget:

"...Luistro said the proposed P293.2-billion DepEd budget for next year includes more than P13 billion for the hiring of 61,510 new teachers and 3,500 non-teaching personnel.
He said the new teaching personnel would include more than 7,000 teachers who volunteered for the kindergarten program that was started this year.

Luistro said 17,939 classrooms would be built, along with 90,461 new water, toilet and sanitation facilities.

Some 31 million learning materials would be procured and distributed to public schools nationwide, he added.

He pointed out that the teacher hiring and classroom construction programed for 2013 would be sufficient for the requirements of the public school system...."