July 15, 2012
The following are satires. These are posted here with kind permission from So What's News. 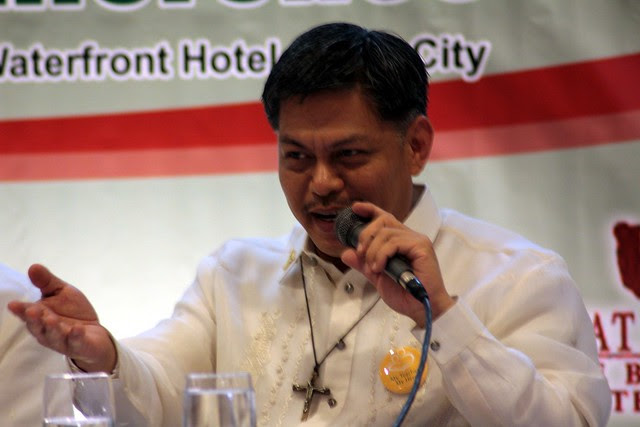 MANILA, Philippines — Just as the school year is about to end, the Department of Education (DEPED) has announced the additional subjects that students will need to take for the K+12 program which will add two more school years for high school students, starting this June.

DEPED was alarmed by the high drop-out rate in schools and because of poverty, only 5 out of 10 first graders finish high school and out of 5 high school graduates, only 2 enter college.
To address the problem, DepEd is adding 2 more years in high school.
Under the K+12 program, students will be taught new subjects and given vocational and technical training, and on-the-job training.This is to enable them to land a job after graduation. (from ABS-CBN News)

In a press conference held at the office of the department, education Secretary Armin Luistro welcomed and greeted everyone who attended the event. Invited were representatives from various schools and education sectors, as well as students and parents who were curious with the K+12 program. After an introduction and a few words, handouts were given to everybody present, containing the list of the additional subjects and descriptions for each. Subjects listed includes:
According to Luistro, this is only a partial list and a list for the 2nd batch of subjects are to be announced soon, including the ones to be offered in Kindergarten. Tykes and Technology; will teach students the basic usage of gadgets like remote controls, tablets and cellphones. Another subject is an introductory for the Ang Daynosor sa Sinaunang Panahon for kindergarten students, where students are introduced to Barney and watch the show dubbed in Filipino while singing songs together with the purple dinosaur.

MANILA, Philippines — After announcing the first batch of subjects last March, the Department of Education (DEPED) has revealed the second batch that will be added to a student’s curriculum under the K+12 Program.

Armin Luistro led the announcement at the agency’s office just in time for next week’s class resumption. Here are the subjects and a brief description of each:

People have strong opinions about almost anything and the issue of education is no exception. How these opinions have been formed needs to be examined. This is what good research does. It informs and guides. A myriad of factors influence education and oftentimes, these factors are not independent from each other. Factors interact, sometimes these add, and other times, these subtract. General notions therefore need to be carefully drawn. Writing articles on education can also be quite challenging. When problems in basic education involve an inability to think critically, it is difficult to reach the audience and convey the correct message. Oftentimes, sarcasm is lost so such style of writing needs to be avoided. For people who are convinced of their wisdom and understanding of how education works, profound messages from basic research can be often easily lost.

Education Week recently came out with an article, "School Absences Translate to Lower Test Scores, Study Says". One o…
Please click to read the rest of this post >>>