How We Could Help Children Appreciate Science

June 10, 2015
"Disciplined thinking that is clear, rational, open-minded, and informed by evidence" is how dictionary.com defines critical thinking. Most people may easily appreciate the adjectives clear, rational and open-minded. Most may even jump hastily to the conclusion that students need to be taught in school how to think and not what to think, and not notice that they may have left out one important point: Critical thinking is informed by evidence. There are currently various issues society is confronting which require critical thinking. Unfortunately, without knowledge, thinking can hardly work. Take, for instance, the issue of climate change. There are various facts that are necessary. Carbon dioxide is a greenhouse gas. Carbon dioxide has a longer lifetime in the atmosphere than water which is also a greenhouse gas. The amount of carbon dioxide in the atmosphere has risen dramatically during this century because of human activities. Without these facts, one cannot possibly understand the issue of anthropogenic climate change.

Thus, whether we like it or not, basic education needs to impart knowledge to students. One needs to know that unlike charges attract, like charges repel, a proton is positive, an electron is negative, and a neutron is neutral before one can appreciate the atomic structure of matter. It is challenging to teach students how to think, but it is likewise no picnic informing students. Teaching science involves transfer of a great deal of knowledge. A lot of scientific facts are actually interesting but there is no doubt that digesting some of these may appear as rote learning. One needs therefore to devise ways to make it more interesting especially to children.

Recently, I had the opportunity to volunteer at an elementary school. I was given seven pupils in fifth grade and my task was to help them review what they had learned so far in science. The teachers actually provided me with a plan, my job was simply to supervise and assist the students as they create a science-themed board game that included at least 30 questions on science content they learned in fourth grade. These units were about ecosystems, electricity and magnetism, force and motion, and the solar system.

I met with the students every Friday afternoon for forty five minutes for six weeks. The children were often busy putting their creative and artistic minds and hands at work. 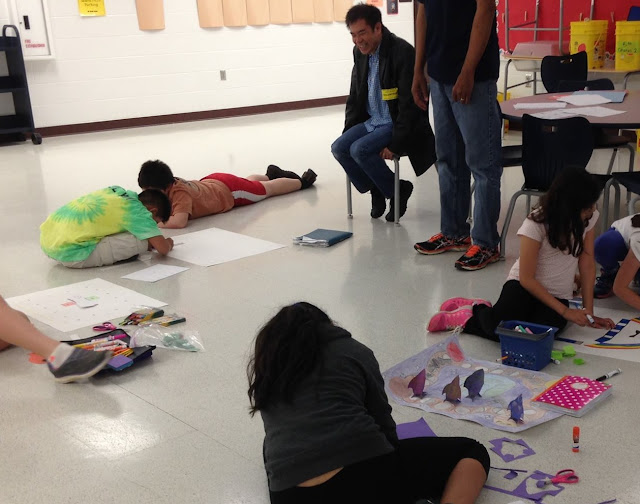 They of course composed science questions that would accompany the board games they were creating. The following are examples for weather:


WEATHER
A type of cloud with a flat bottom and often indicates fair weather is called ____________.
Answer: Cumulus

These questions were part of a board game that looked like chutes and ladders. In this case, the game was called twisters and rainbows. 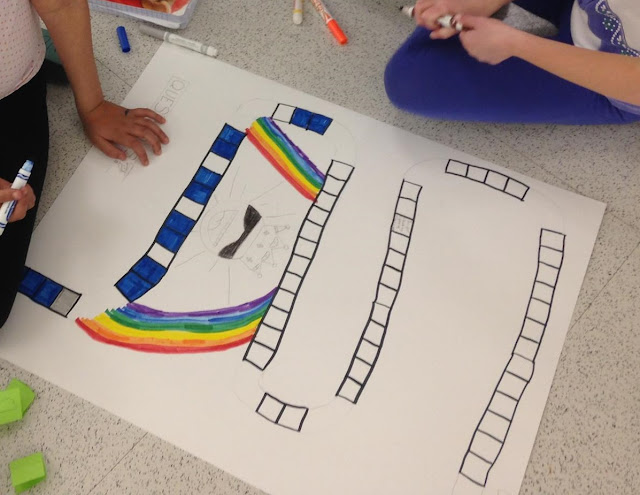 One board game even came with quite an original concept. It was on electricity and magnetism, and the goal in the game was to complete an electrical circuit. 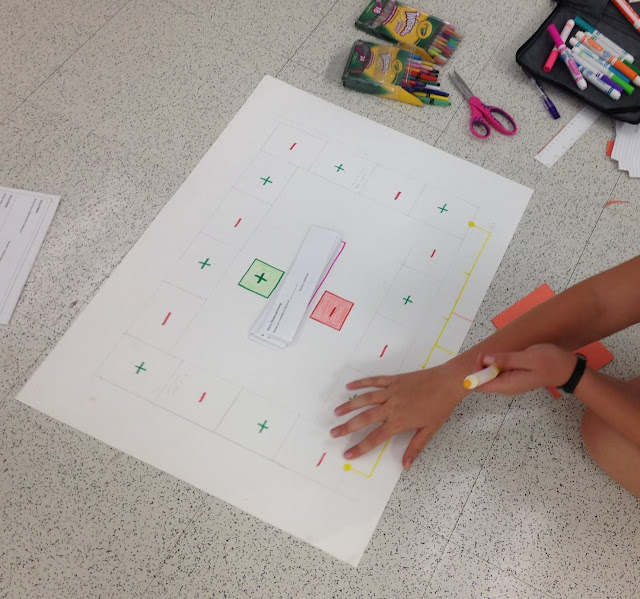 The students produced four different board games which of course translated to one hundred and twenty fundamental science facts memorized.

Fortunately, there are, of course, science facts that are intrinsically interesting. There are facts that children may find automatically relevant. Children can easily relate to living things especially animals. Issues concerning health or disease likewise can easily capture one's attention. The following photo (courtesy of Alternative Science Academy in the Philippines) shows children from indigenous tribes in the southern part of the country listening attentively to a volunteer teacher, a biology major, from the University of the Philippines, Mindanao. 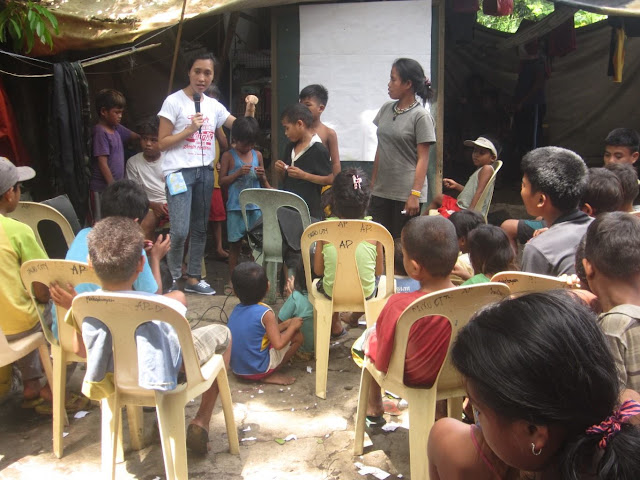 The volunteer in this photo is employing role-playing to help children understand how a mosquito acts as a vector in transmitting either dengue or malaria. Before this, the children have been introduced to the germ theory of diseases, part of which is teaching the children how to wash properly their hands. 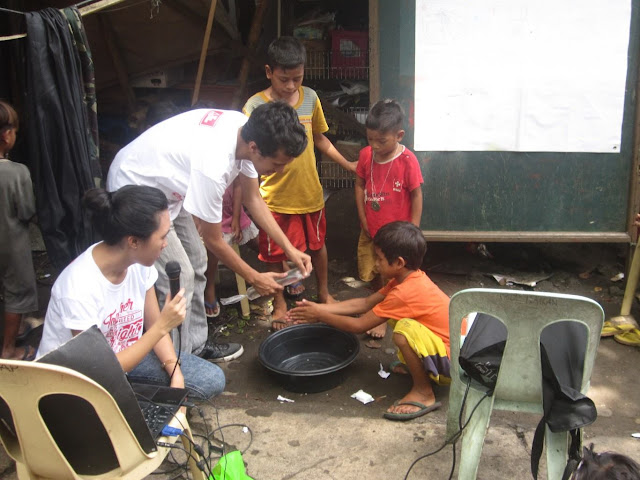 There is indeed a lot of information to be learned in science. To be able to think critically, we need this information so that our judgment or decision is based on evidence. Not being informed by evidence precludes critical thinking. For example, DepEd is quite adamant in claiming that it is prepared while we continue to see photos such as these: (courtesy of the Alliance of Concerned Teachers) 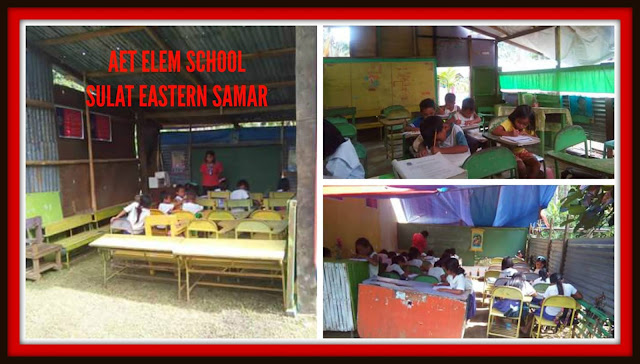 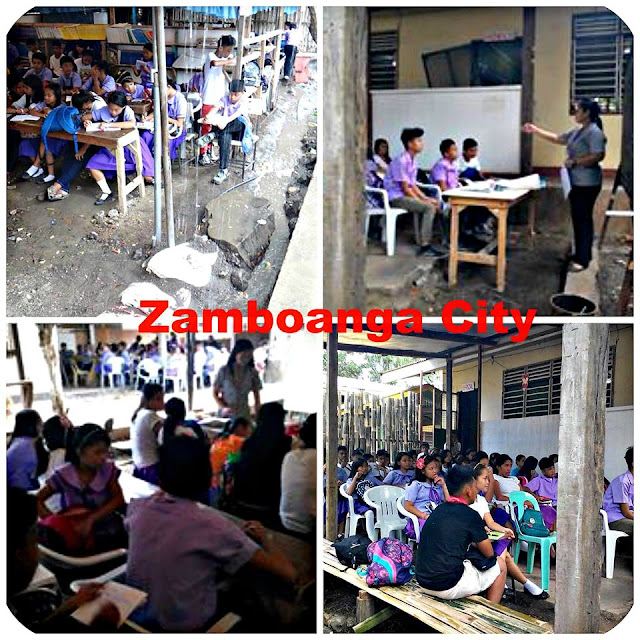