Four Months into the School Year and We Are Still Waiting

As I reported before we have had a lot of issues regarding the DepEd Malabalay City school district of Bukidnon, not delivering any of the promised second grade material for our children to use in their classes. 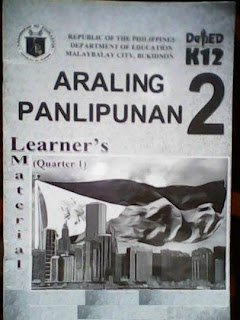 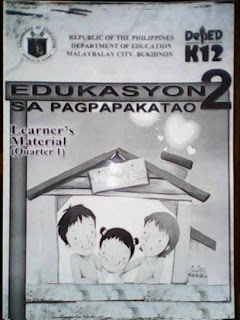 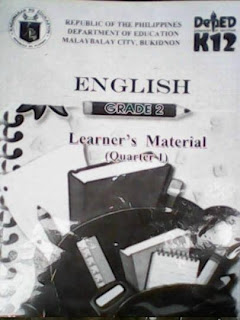 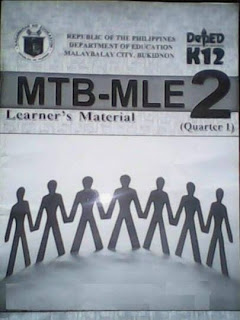 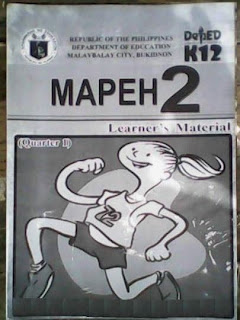 We are now in our FOURTH MONTH of the school year and we are STILL WAITING for textbooks, learning materials, something, ANYTHING for our children to use with their studies (other than copying all the information from the board).


Let us take a moment to recap what DepEd has previously stated about the availability of material for every child in the Philippines earlier this year.
http://newsinfo.inquirer.net/419261/k-12-still-struggling

For the new curriculum for Grades 2 and 8 this year, the learning materials would again be delivered late, although Mateo promised these would reach the teachers and students earlier—“by the end of June or early July.”

Mateo assured that the delay in the delivery of the teaching materials wouldn't be as bad as last year.
He attributed the delays last year to "birth pains" of introducing a new curriculum and the "K-To-12" program.
"In any undertaking, yung first year ng implementation would be faced with a lot of challenges," he said. "Kaya nga this year, mas ini-improve pa natin as we move towards the coming years of the implementation," he said.

Mateo said that despite delays in TMs, there will be zero backlog in textbooks this school year.

The textbook shortage has already been addressed last school year and the students in the country's 45,000 public schools currently enjoy a "1:1 book-students ratio" in both elementary and secondary schools.

"Itong learning materials are really intended for the students and teachers in the new curriculum but they will still use the textbooks which we have already delivered," he said.

Each Grade 2 and Grade 8 student will be given LMs which are basically "worksheet cum textbook" type that contain the topics to be discussed for the entire school year. For the elementary level, LMs come in a textbook form and will be in their Mother Tongue. For the secondary level, LMs will be compiled in loose sleeves or module-type.
- - - - - -
It is now September, the only learning materials that Malaybalay students have seen are the ones that were offered for sale (I’ll post the response from DepEd regarding that issue later). As for textbooks some schools did received, in mid August, a Filipino textbook/workbook for their students to use. We had hoped that the rest of the materials would be delivered before this month (September). But apparently DepED believes that a 1:1 book-student ratio means that each classroom gets one book for the instructor as well as about 50 students to share and that promised delivery dates and deadlines are irrelevant.

This of course still leaves us with several questions, regarding the materials that were suppose be delivered as well as the funds involved. Since it is now to late in the school year for the first quarter learning materials to be printed or delivered, what is going to happen to the money that was supposed to be used for that material?

The money in question was obviously not spent for the learning materials (since the students DID NOT RECEIVE ANYTHING) and it is not a trivial amount.

According to The Commission On Population (http://www.popcom.gov.ph/regions/10/Malaybalay%20%20Profile.htm) DepEd Malaybalay has 65 primary/elementary schools but to make the math easier and to compensate student count variations let us assume that there are only 50 schools. Most schools have at least 3 - second grade classes with about 50 students per class or about 150 second graders per school.

Prices quoted as being charged for the printing of the learner’s modules range from 1,000 pesos at the high end to 500 at the low. However realistically the material that the instructors are using the complete set (for each quarter) could easily be printed for about 300 – 400 pesos (probably less with a large production run at a semi automated print shop). But for the sake of argument let us assume that each set costs 300 pesos to produce.

That leaves us with 50 elementary schools times 150 second grade students per school times 300 pesos per student for the material that was suppose to be delivered in July.

The total comes out to an estimated amount of two million two hundred fifty thousand pesos (2,250,000 pesos) that was not used as it was suppose to be in Malaybalay school district.

Yet no one in DepEd, nor any other branch of government we have talked to seems to be concerned about the money not being used as it was intended (or at least not used for any type of classroom materials for the students). Even more amazing no one seems to be concerned, about the fact that we are now in our fourth month of school and our children STILL HAVE NO BOOKS/LEARNING MATERIALS for the majority of their subjects.

Why will no one in DepEd or any government official answer any questions directly? Questions that any official involved with our education system that is worth their salary should be able to answer regarding these issues.

Our questions (which at this point we think are perfectly reasonable and should be answered publicly):
What exactly caused this excessive delay regarding the delivery of the learning materials/text books?

(Being a new system that is being rolled out is no longer a valid answer. DepEd has had several years to prepare materials and should have learned from and corrected any distribution issues from previous years.)

Who - name(s) and job title(s) of the people and departments responsible for the delay(s)?

(At this point we believe the public should be allowed to know exactly what people and departments have not done their jobs properly, miss deadlines, did not report pending issues in a timely manner, did not respond do the delays appropriately, etc.)

What exactly is being done to correct the issues?

(Since these problems are obviously repetitive, the previous answers of “We are working on fixing the problem or we are doing the best we can or it is a new system” are no longer valid, the public should be allowed to know EXACTLY what is being done to correct these recurring issues.

Our last and the MOST important question that NO ONE seems to be able to answer:

When will our children receive the text books/learning materials for all their subjects?

(Our Personal opinion ANYONE in DepEd from school principles up to the highest levels that cannot answer that question at this point in the school year should start looking for a new job and stop condemning our children to a pathetically substandard education and future.)