November 04, 2012
There is a blog called okeducationtruths that writes about public school education in Oklahoma:


I am amazed at the support this blog has received since I started it in April. I am a long time Oklahoma educator who thinks the false narrative about failing public schools needs to be refuted. While I don’t know everything about public education, I know enough to detect inconsistencies from the people and groups who would like to destroy it. With your help, I would like to give parents, teachers, administrators, board members, and any concerned Oklahoman a voice to set the record straight.

It had recent posts that Philippine educators probably should take note. One is "Still Blaming the Teachers" and the other is  "A-F Poverty Bias". And the following data of okeducationtruths shows something very important: 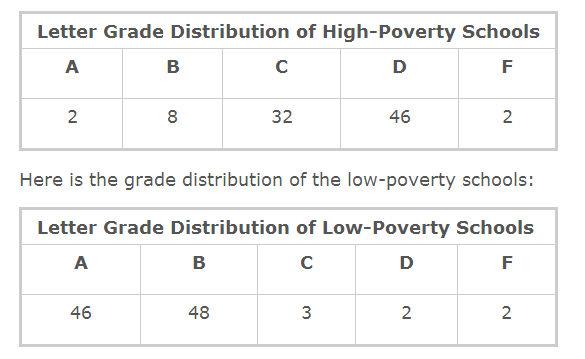 High poverty schools in Oklahoma are those with high participation in free/reduced lunch programs.

And apparently, this is not just specific to Oklahoma, a comment from an educator in Wisconsin points to a similar scenario:


Even an amateur's analysis of the state's school report card data is telling.


Oklahoma and Wisconsin "education truths" are most likely applicable to other places. Poverty affects learning in significant ways. It would take so much more than a reform in curriculum to address this issue. Poverty is a factor that happens and exists inside a child's home. In the Philippines, poverty exists in both school and home. Teachers who teach in schools where majority of students are from poor families are more than likely suffering from poverty as well. School facilities are more likely to be wanting in poor neighborhoods. If poor children in the states of Oklahoma and Wisconsin (where schools provide free lunch to poor children) do not make the grade, what could we expect from poor children in the Philippines who go to classrooms with an empty stomach and receive lessons from underpaid and overworked teachers. And the Philippine government's answer to the worsening crisis in basic education is DepEd's K to 12, simply add two more years to schooling. We really need to look at the right numbers and the right data in order to lay out the right direction.
Commentaries Data and Statistics Suggestions to Solve Problems in Basic Education