Grade Repetition and School Dropouts in the Philippines

November 23, 2012
Last night I received an email announcing the following:


"The latest edition of the Global Education Digest reveals the urgent need to address the high numbers of children repeating grades and leaving school before completing primary or lower secondary education. New data from the UNESCO Institute for Statistics (UIS) show that about 32.2 million primary pupils were held back a grade in 2010, and 31.2 million dropped out of school and may never return." 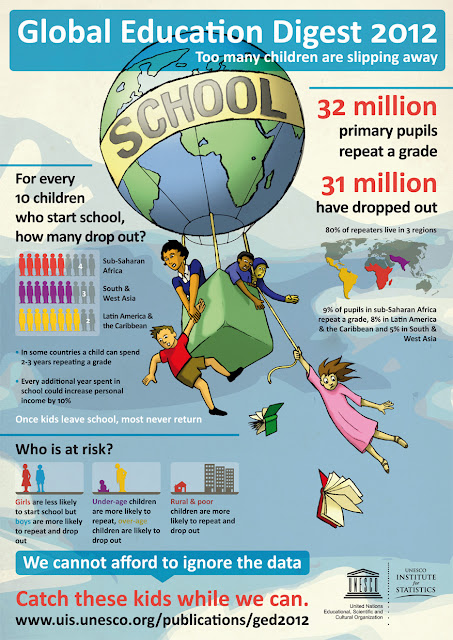 The following are the findings relevant to the Philippines:


The Philippines is among the top five countries in East Asia and the Pacific for dropout rates in primary education.

The above data indicate that the highest dropout rate in the Philippines occurs in the first grade.

Compared not just against countries in East Asia and the Pacific, the Philippines likewise is found in other lists (These figures have been downloaded from the full report: Opportunities lost: The impact of grade repetition and early school leaving: 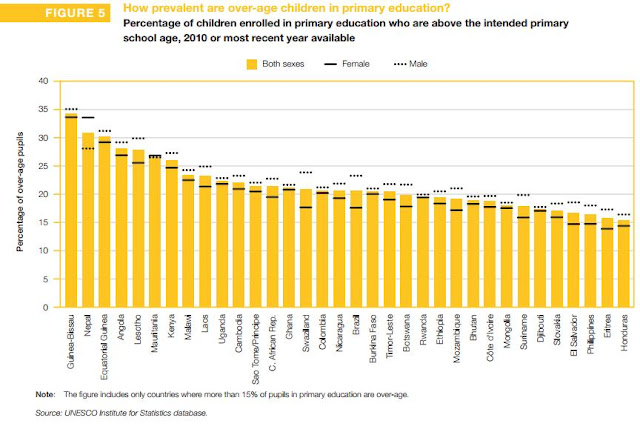 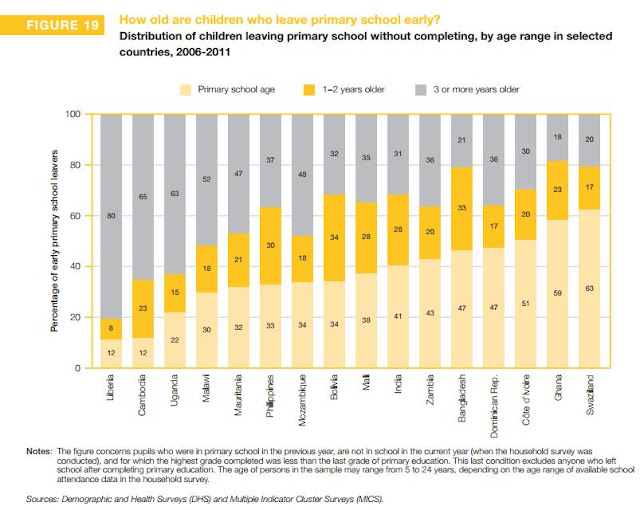 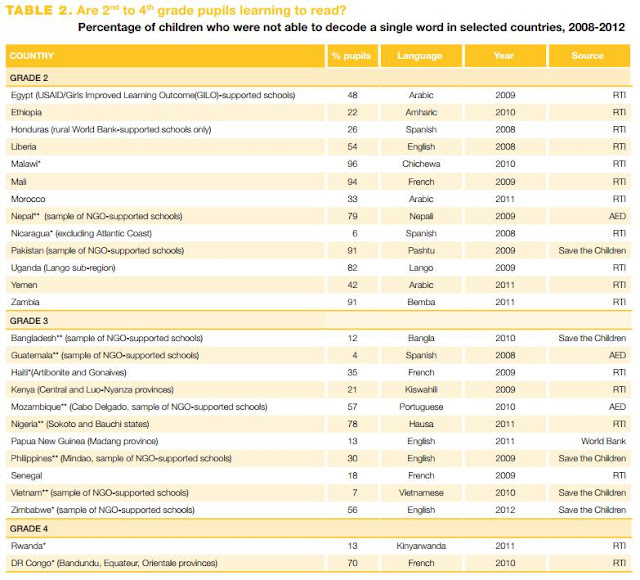 The table above shows that for some schools in Mindanao in the Philippines, roughly one in three grade 4 school children cannot read a single word.
Data and Statistics Education for All News School Drop-outs