K-12 Myth: The Promise of Employment 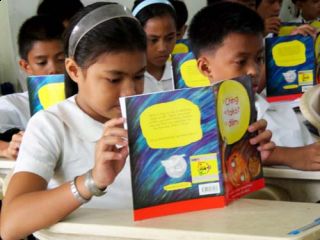 Before it went into recess last October, Congress rushed the passage of the K-12 law into 2nd reading. Several legislators opposed the move and questioned motives behind the railroading and said there should be an evaluation of the effects of the first semester pilot of the program before passing the law effectively adding 3 years to the basic education cycle.
The Department of Education's propaganda campaign, meanwhile, regarding the K-12 programhas been in full throttle these past months -- their offices churning out press release after press release -- in an attempt to get public support for a program that has already been rejected by various sectors a few years back.

As the school year opened however, the media blitz could not cover up the tragic state of the country's educational system which again reminded the public of why it is unthinkable to add more years to the education cycle in the first place.
DepEd has tried to respond by asking the public to set common sense aside, have faith on the government's goodwill and trust its claims regarding the program.
However, many of claims the DepEd is selling are myths being sold as truth. Among them, the promise of employment after graduating from the program.
Will more jobs be really available to the youth once they finish K-12?
According to the DepEd, the additional years will make our kids more "mature" and will give them "skills" needed to prepare them for jobs. This is the fantasy scenario being promised to the youth and their parents, packaging K-12 as a "bitter pill" or a sacrifice worth taking.
The problem with this claim is that it assumes that there are plenty of jobs available; it's just that students are not "employable" enough. This premise is, well, kind of ridiculous.
It ignores the fact that today, even college graduates have difficulty landing jobs. Unemployment has been on the rise, not because of shortage of "capable" people, but because there is no clear plan for an independent and sustainable development program which will provide jobs. The promise that the K-12 will solve the problem of unemployment is a false one.
What the program will successfully do, however, is increase the number of people competing over scarce jobs by creating more "semi-skilled" laborers in a shorter cycle and throwing more people as young as 18 years old into the wide ocean of unemployed. 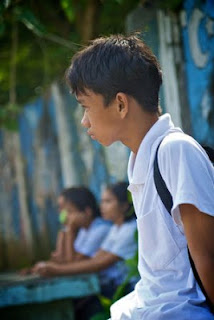 Groups also question why the program is towards providing labor for foreign capital. Sarah Maramag notes:

What the K-12 program aims to achieve, therefore, is to reinforce cheap semi-skilled labor for the global market. With young workers, mostly semi-skilled and unskilled workers now making up an estimated 10.7 percent of the total Filipino labor migrant population, it comes as no surprise then that the government is now programming its youth to servicing needs of the global market. 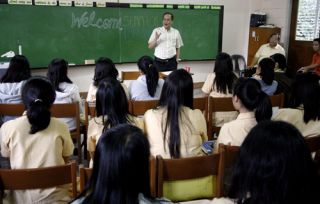 The DepEd is packaging K-12 as a program to "improve" the quality of education, but the program is actually a neoliberal attack aiming to further press down workers' wages and subject more Filipinos to exploitation.
Packaging the K-12 as a program with a "nationalist" character thus is height of deception. The program, together with programs of contractualization and two-tiered wage system, is one that seeks to please big foreign banks and capitalists by making our workers and people suffer lower wages and further exploitation.
More jobs via K-12? DepEd's myth: busted.
Stock photos from POC. Some rights reserved
.
Commentaries