Strongest Argument Against DepEd's K to 12: Death of the Teaching Profession

May 21, 2016
In a recent article on NEAToday Tim Walker writes, "There’s no doubt that the past decade or so has been hugely challenging for educators and for the public schools where they teach. From the failure of No Child Left Behind to the devastating budget cuts following the Great Recession to the vilification of the teaching profession stirred up by the education reform movement, it’s clear why public education advocates hope the next ten years is more promising." While people can indeed lament about teaching in public schools in the United States, the status of the profession in the Philippines upon the introduction of the new K to 12 curriculum depicts a scene of greater sorrow. On one hand, DepEd's K to 12 may seem to elevate teaching by encouraging people to become teachers, but teachers are not really made by sheer will. Kindergarten teachers should not come simply from volunteers. Senior high school teachers cannot be made from other professionals who merely woke up suddenly to an urge to teach. Doctors, engineers and lawyers are not treated this way. Obviously, one can not be a surgeon overnight but why do we expect that an individual can be a teacher by simply wishing to become one. 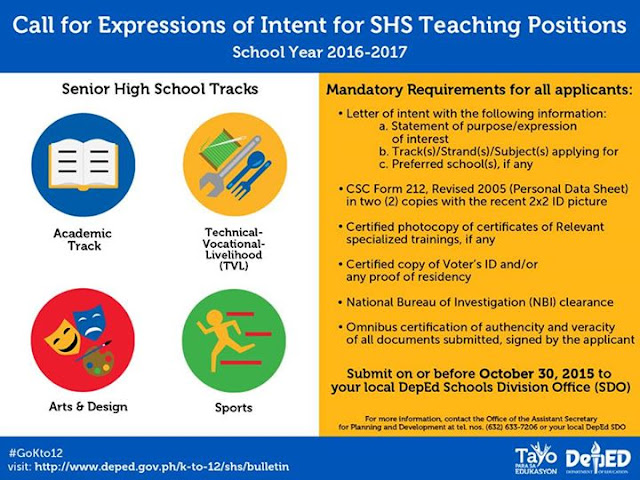 How DepEd's K to 12 destroys the teaching profession does not manifest any better in how instructors in colleges are currently losing their tenure. Sadly, not many people seem to pay attention. I am therefore sharing here an opinion article by Rebecca T. Añonuevo (posted here with her kind permission) in the Daily Inquirer:


K-to-12 being used to trample on educators’ rights

The report paints a very optimistic and charitable picture of Miriam College’s administration headed by its president, Rosario O. Lapus, who is quoted as saying that the school has come up with “a sufficient number of strategies that will allow us to survive and do well during those lean years.” Among the strategies cited was the offer of senior high school classes that will be taught by college faculty, as well as “various continuing education and certificate programs to make up for the loss of college freshmen income and also to keep busy faculty members, who would have little or nothing to do.”

The fact is Miriam College has become a trailblazer when it decided to introduce the mandatory early separation program (ESP) and apply the same to its general education (GE) faculty, despite our proposals to alleviate the impact of transition as there are available loads that remain to be offered to students from second year to fourth year. The ESP is the first, last and only recourse of the school, even as it continues to accept first year applicants to school year 2016-2017.

Last week we received our Notice of Separation to take effect on June 13, 2016—21 GE faculty members teaching Filipino, literature, philosophy, science, math, Rizal, history, physical education, and theology, among other subjects. Miriam College is showing the door to GE faculty with top credentials and performance ratings, using retrenchment as ground for dismissal. But at the same time, it has applied for another round of tuition increase with the Commission on Higher Education because it promises, among other improvements, to upgrade its programs for faculty and the quality of education for the sake of its students.

Composed of respectable and highly accomplished men and women, Miriam College’s administration remains implacable in its decision to trample on our fundamental right to security of tenure, reiterating the need “to make tough decisions” in order to transform the community into a “viable and vibrant institution of the future.”

Not only have we been consistently ignored; we have been thoroughly undervalued and abused. College teachers will only be accommodated to SHS if they accept early separation and reapply for a lower compensation rate and for part-time employment only. And Miriam College is offering CHEd’s exchange programs and grants to those who remain in school, instead of helping the ones being displaced. By tempting us with a cheap message, “Re-engagement will also be possible as needed,” the administration insults GE faculty members who have given the best years of their lives to the school.

No law has caused more anxiety and anguish than the Aquino administration’s flagship education program K-to-12, which is being used by educational institutions to flout the Constitution.

We can only hope that presumptive President-elect Duterte would heed the various sectors’ call for a suspension of the law before it fully succeeds in turning education into a massive contractual labor business, with little regard for the Filipino educator. We stand by the presumptive President-elect in his anger at the hypocrisy of the powers-that-be: Any institution that cries out loud for truth, justice and peace should come clean and be a model to its stakeholders.