If DepEd's K to 12 Pushes Through, at Least, Do It Right

May 28, 2016
What is worse than a broken ten-year basic education program? A broken thirteen-year pre-university education. Adding years without actually fixing an education system simply adds to wasted time and resources. In reality, this is what the additional years would do if the problems Philippines basic education faces are not addressed first. It is simply throwing both money and time. Senior high school, implemented without thoughtfulness and due diligence, is nothing but an indiscriminate spending of precious and limited resources. It is therefore not surprising to see a profound frustration among those who have their eyes set on improving the quality of basic education in the Philippines.

For example, on learning resources, Antonio Calipjo Go, a retired academic supervisor of the Marian School of Quezon City, has long been waging a lonely crusade against badly written English-language textbooks in the Philippines. In an opinion article, reposted in this blog, Go says:

The Department of Education (DepEd) simply ignored my commentary published in the Philippine Daily Inquirer last June 10, 2013 (“Again, error-ridden textbooks”) and my letter to the editor published in the same paper last July 26, 2013 (“‘Worst learning material’ prepared for Grade 8 schoolers”) regarding the numerous errors that I found in two learning materials currently used by Grade 7 and Grade 8 students in public secondary schools. What did the DepEd’s deafening silence imply—that I was wrong in both instances, or that I was right? A great divide separates what is said and what is done, and it likewise separates what is promised and what is delivered. In the matter of textbooks, that which is promised but not delivered—that which is missing—is quality.


To this, Go has added a more alarming concern in a recent opinion article on the Inquirer:


...I sent the Inquirer the photos I took of some of these DepEd-recognized and accredited schools which aggressively advertise and promote themselves as “semipublic but private schools.” The pictures clearly show the sorry, pitiful and pathetic physical condition of these iskul bukols— derelict, dilapidated, hole-in-the-wall lean-tos hardly capable of providing the conditions ideal and conducive to the teaching and learning processes.
These schools are situated right alongside a very busy, crowded and chaotic national road in one of the biggest squatter colonies here in Quezon City. They have no playgrounds to speak of, their classrooms have no proper lighting, ventilation or air-conditioning, and their teachers carry dubious and questionable credentials. Their students are crammed inside multilevel classrooms, such that Grades 1 and 2 or Grades 3 and 4 pupils are “taught” inside one common classroom all at the same time. One of these horror houses even has the effrontery to call itself a “COLLEGE,” offering the full course from preschool to the tertiary level! Being squatters themselves, these schools can be evicted or driven out at any time. What will happen to their students then?

Why is the DepEd giving permits to schools that do not even rent or lease space but merely occupy properties that are not theirs and that they will never own? How do you expect these schools to teach what is right when they are doing very wrong things?

These iskul bukols are nothing more than business enterprises masquerading as educational institutions. They are not there to teach and their students will consequently not learn anything from them. They are just after the money. These schools, in fact, use the very approval of their permits by the DepEd to fool and dupe unwary parents and their children into believing that they are capable of delivering what they boastfully promise, when they aren’t even capable of teaching the grade school levels properly....

Unfortunately, the photos provided by Go are not included in the above article, but Curtis Riep of the University of Alberta, Canada, has already provided glimpses of the schools described by Go in an Education International publication. 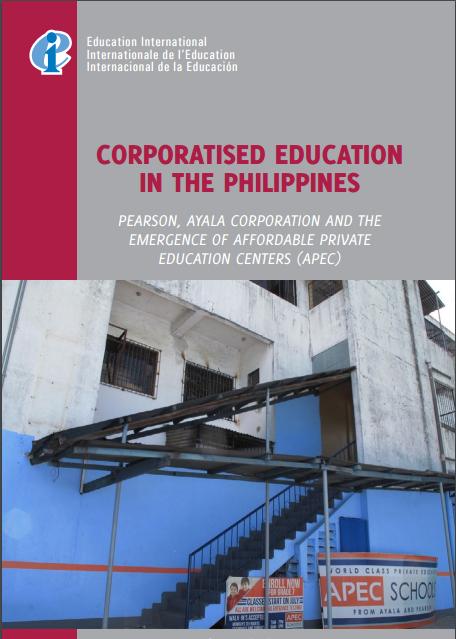 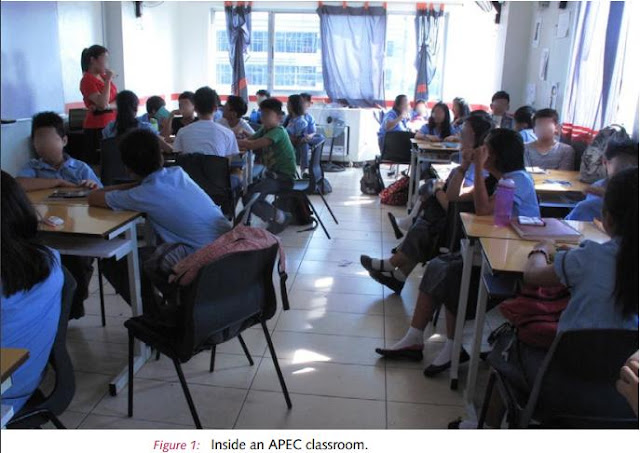 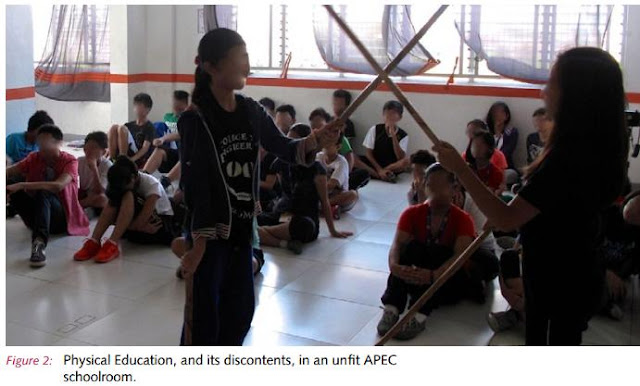 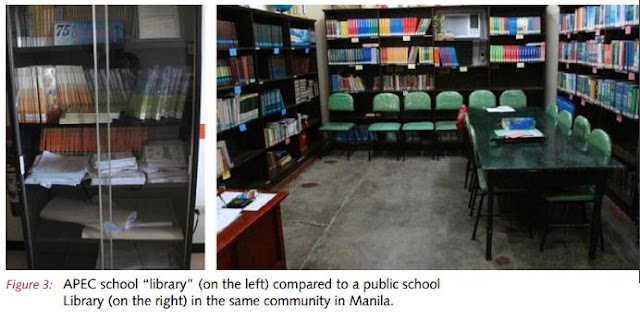 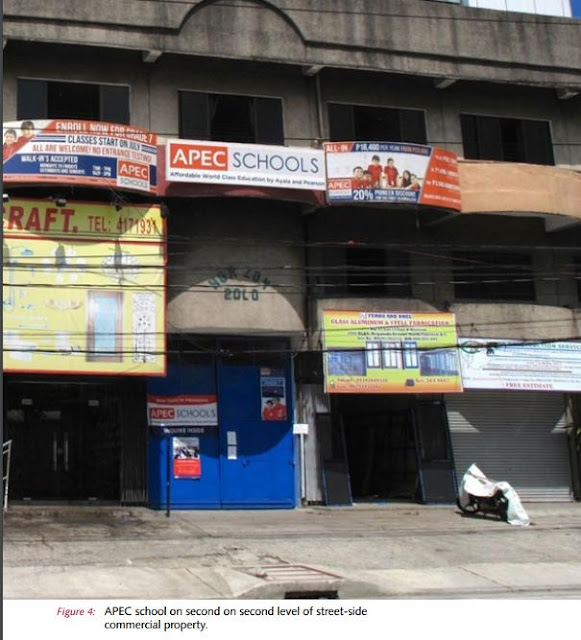 And with regard to teachers, this is what Riep says:

DepEd's K to 12 is clearly paving the way for a total destruction of the Philippines basic education system.