March 11, 2015
Mass media obviously reach a lot of people. Its influence on education cannot be overstated. Journalism must therefore thrive for providing information that is accurate. With limited attention spans, it is thus sad to see that headlines are often not written with great care and thoughtfulness. The truth often becomes a casualty to attract readers or viewers. Consequently, misinformation is spawned and the miseducation of a society is propagated.

Take, for instance, the case of climate change. Hmielowski and coworkers published a study in the journal Public Understanding of Science, concluding with the following paragraph:


...Finally, this research highlights the consequences of the contemporary American media landscape. The increasing fragmentation of audiences across diverse media outlets likely inhibits consensus-building and compromise on important issues, as exemplified by our findings regarding the global warming beliefs of conservative and non-conservative media audiences in the USA. Moreover, the gravitation of conservatives and Republicans to conservative media outlets and liberals and Democrats to non-conservative outlets (e.g. Stroud, 2011) could help explain the widening partisan divisions in public opinion about global warming and trust in scientists. This political polarization is contributing to national climate change policy paralysis in the USA, and it is becoming clear that the news media itself plays an important role in this process.

Relaying scientific studies to the public is one of the weaknesses of mass media. The reason perhaps is that science sometimes does not deliver what is desired. There is an innate desire to hear only what one wants to listen and look only at what one wants to see. Mass media, on the other hand, is business. Making profits drive mass media to deliver what is desired, and not what is needed, not what is true.

Instead of climate change, I would use an example that exemplifies carelessness in relaying information. This example is actually unique since it is about a study on the networks themselves. Here is the title of a news article (from Washington Post) that reports the findings:

The article above is reporting on a poll made by Quinnipiac University. The press release from Quinnipiac has quite a different title: 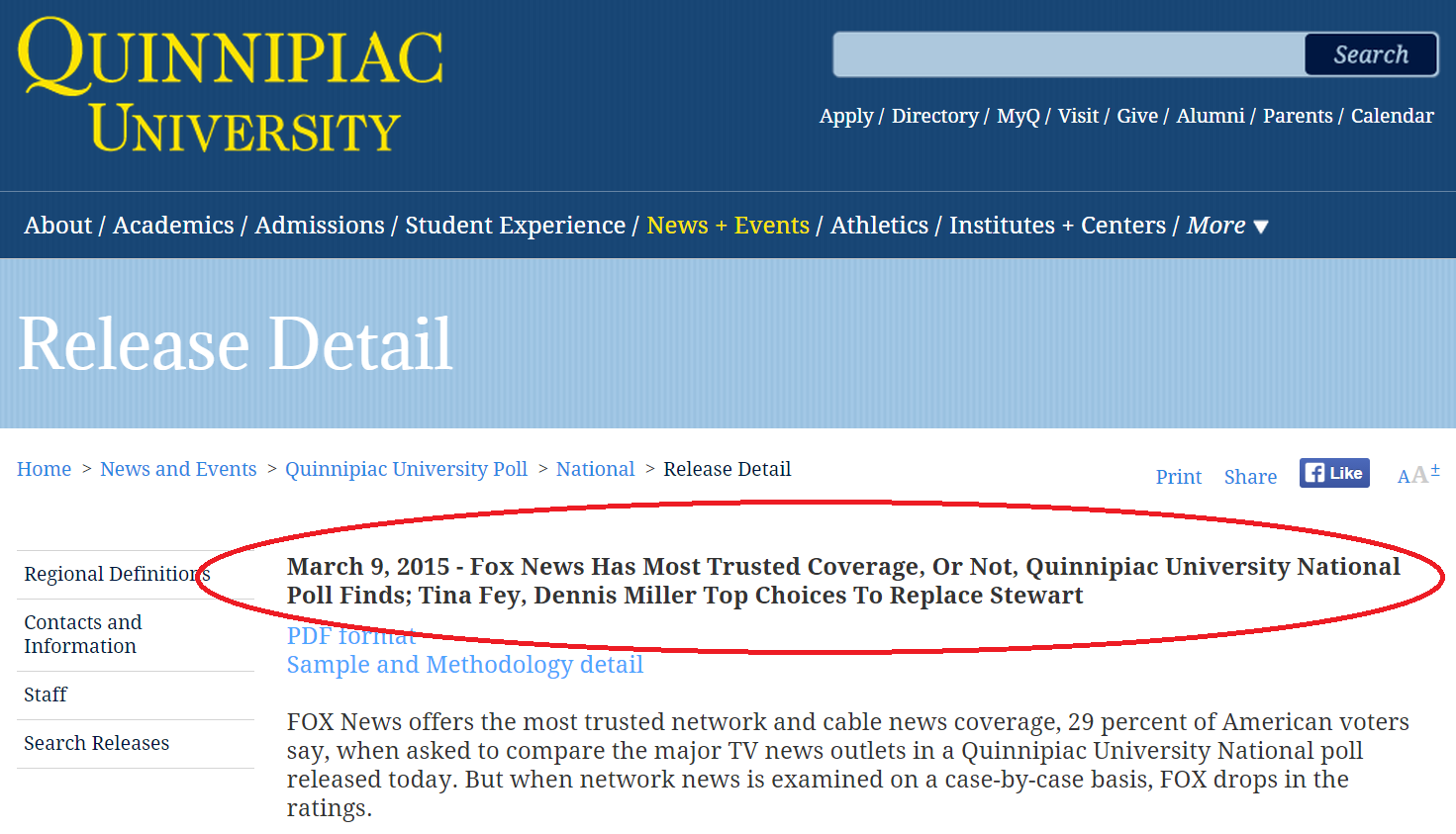 Two words, "Or Not", do change the headline dramatically. There is one site that carries the most accurate title. This is from TVNewser:

The poll collates responses from 1,286 self-identified registered voters with a margin of sampling error of +/- 2.7 percentage points. One type of question in the survey probes how much a viewer trust a news provider, for example, "Do you trust the journalistic coverage provided by - NBC News a great deal, somewhat, not so much, or not at all?" The same question was asked for ABC, CBS, CNN, MSNBC, FOX and the local news channel. The results are as follows for the "trusting a great deal" response for each network: 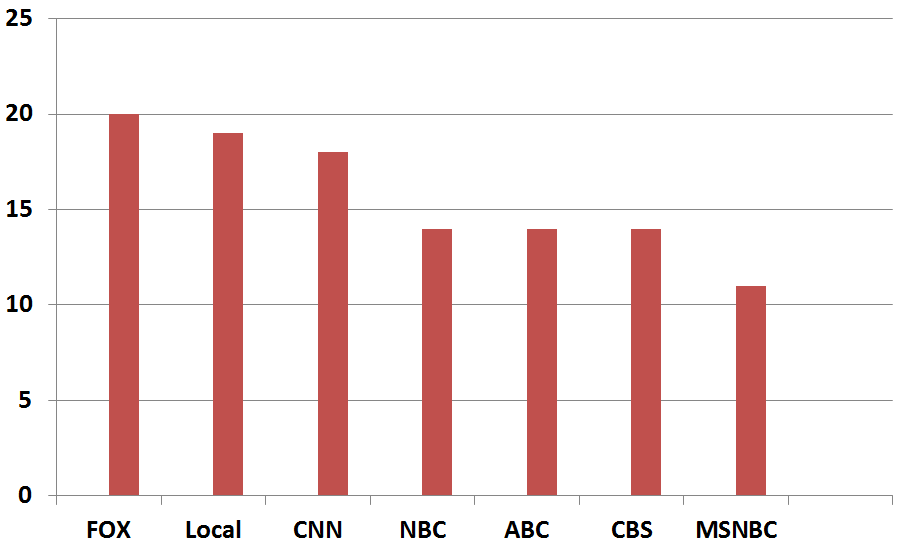 Fox is indeed most trusted. However, if one tallies the "trusting not at all", 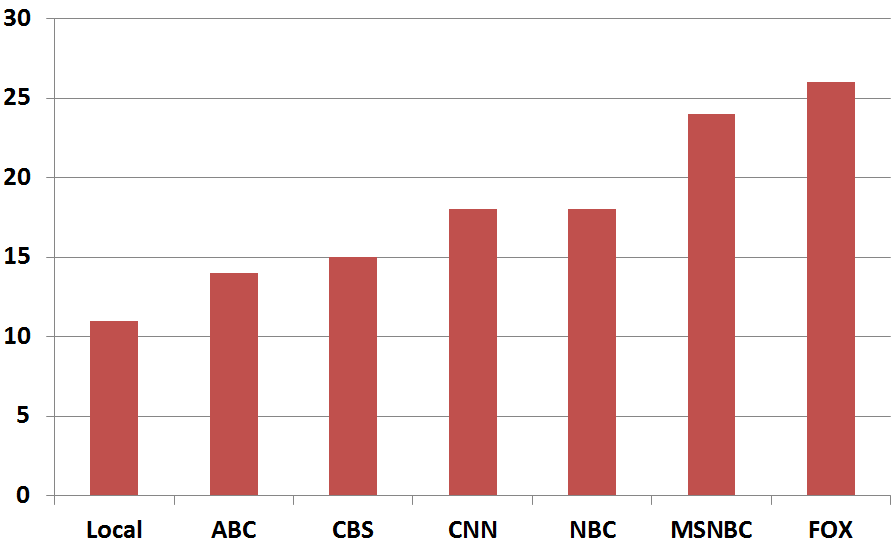 Fox is also the network least trusted. But saying which network is most or least trusted is not the most important finding in this poll. It is the fact that American society seems severely polarized and people are now able to view just what they want to see and listen to what they just want to hear. News networks are simply feeding into the prejudices of viewers.

Data and evidence unfortunately do not have their own legs. Only a few have the time, motivation and effort to go to the primary source. Mass media therefore often serve as an intermediate and only source. And without careful thought, it is really quite easy to misinform the public.