"The Road to Hell Is Paved with Good Intentions"

February 03, 2015
It is a very old aphorism yet it is as timely as ever. In a way, it is related to what Pope Francis recently said in the Philippines, "Do you think with the poor? Do you feel with the poor? Do you do something for the poor? Do you ask the poor that they might give you the wisdom that they have? This is what I wish to tell you all today. Sorry, I haven’t read what I prepared for you, but I’m consoled. Reality is superior to ideas." Even in science, it is neither the hypothesis nor idea that counts, it is the evidence or data that matter.

Policies and legislation drawn to reform our schools are usually offered with good intentions. The phrase "No Child Left Behind" surely does not connote any malice. Yet, these phrases are truly empty without the correct implementation. These can cause harm. With emphasis on high-stakes testing, more disadvantaged children are in fact being abandoned and left behind. Valerie Strauss of the Washington Post recently cites Carol Burris, the principal at the South Side High School in New York and the 2013 recipient of the New York High School Principal of the Year:


"...New York’s data may be indicating that annual testing and test based graduation requirements may now be having the opposite effect. During the past three years, the “graduation rate gap” between English Language Learners and their English proficient fellow students has expanded from 33 points to 43 points, with only 31 percent of English Language Learners graduating in four years...."

Here are two drawings from Dan Wasserman of the Boston Globe that wrap what "No Child Left Behind" really meant:

Of course, the Philippines has its own glaring example, its new K+12 curriculum. It actually amazes me that the current president of the Philippines shares something in common with one senator in the United States:

"At the core of our children’s non-learning problems is the inability to read properly. By the end of the next administration (SY 2015-16), every child passing pre-school must be a reader by Grade 1."

“In my mind if you want to cure this problem of poverty in our country, the way to do that is by making sure that people can read when they’re in the first grade.”

At least, Senator Bennet's statement is appropriately categorized. New York principal Burris wittingly writes, "I am glad the senator began the sentence with the phrase, “in my mind” because surely that is the only place his theory could be true."

Helping disadvantaged children requires a lot more than just having good intentions. There is a reality that we need to consider seriously. First, solving poverty is a daunting task and schools should not be expected to accomplish such task. Putting aside herculean objectives, there are still huge stumbling blocks for education reforms that one needs to consider seriously. One of these is pointed out by Cynthia Prince at the American Federation of Teachers: 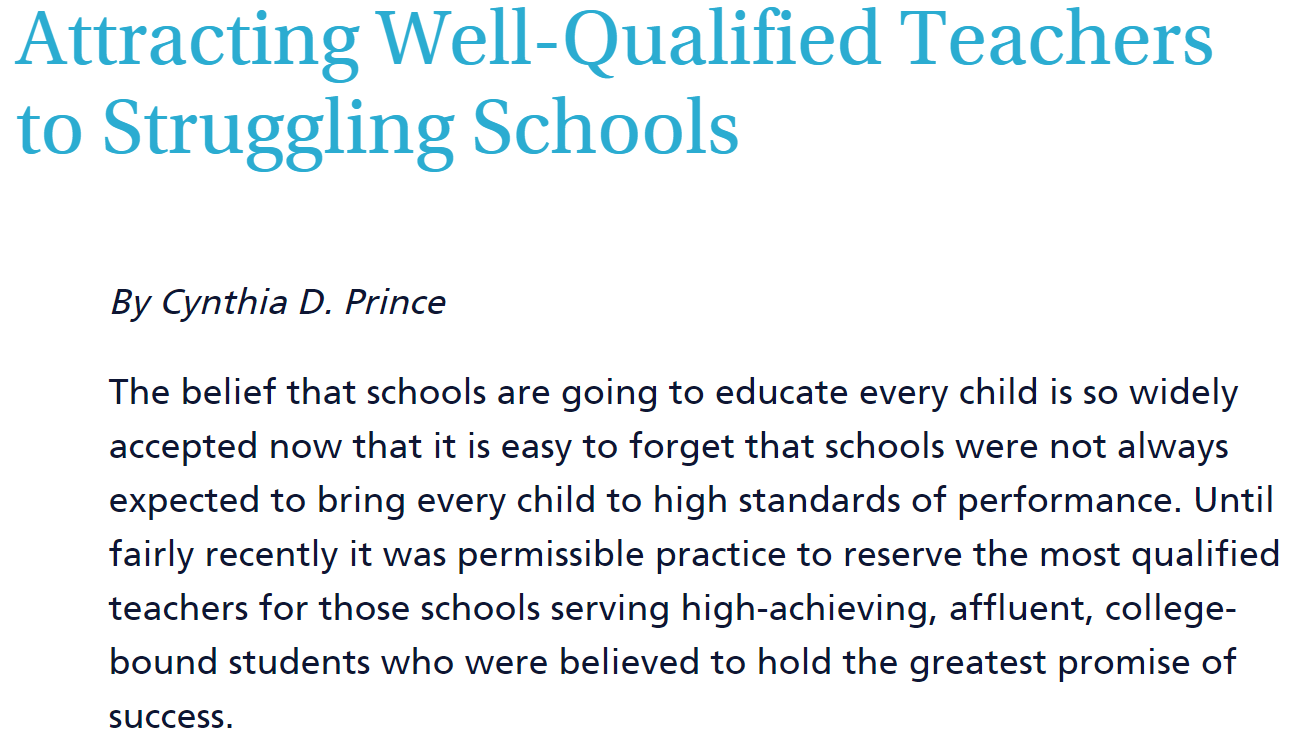 Prince, however, limits her discussion at a larger scale, schools versus schools. It is natural for well-qualified teachers to prefer teaching high-achieving students. And this can happen even within a school. Thus, at the heart of the problem, is how students end up being grouped according to ability, background or socio-economic status. If there are schools in neighborhoods that have a higher percentage of disadvantaged children, these schools find it very difficult to attract good teachers. Within a school, if children are grouped according to ability, what happens often is that even more resources are going to be placed to support students with high performance. Highly qualified teachers gravitate towards classrooms with high-achieving students. Better resources, better lessons, and greater attention are often given to advanced students. A "Matthew effect" (rich gets richer, poor gets poorer) exists in public schools in the United States, as seen in the following figure from the Journal of Learning Disabilities: 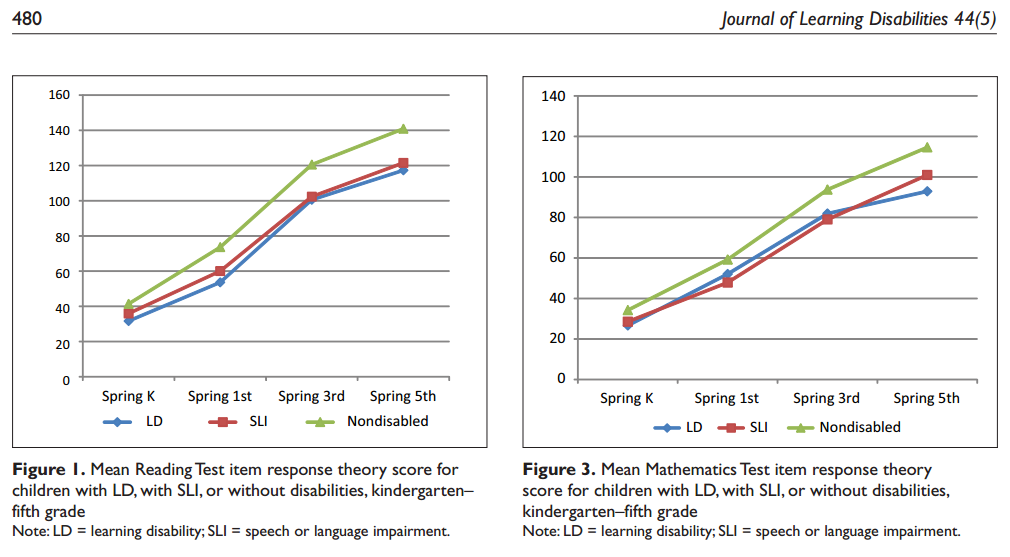 The gap between high performing and low performing students is widening even as early as in primary education. Principal Burris therefore has reason to worry, as she writes:

"Because of NCLB (No Child Left Behind) and now Common Core testing, I have witnessed schools move from progressive practices such as inclusion, to the grouping of special education students with ELLs and other struggling learners into “double period” classes where they are drilled to pass the test. We are seeing a resurgence in elementary school of “ability grouping,” which predictably results in classes that are segregated by race and wealth. Worse of all, a plethora of bad policies have emerged that use yearly testing results as their basis."

Thus, even with the good intention of not leaving any child behind in education, we end up leaving more children behind....


Commentaries Data and Statistics Education for All