A Science Night at an Elementary School

February 25, 2015
My five-year old daughter and I spent last evening at Mason Crest Elementary School. It was a family science night and the "museum without walls" of the Children's Science Center was inside the school's cafeteria. The evening started with a competition between two balls, "Rey Ricochet" and "The King Bouncer". It was the night to see which ball could bounce higher. 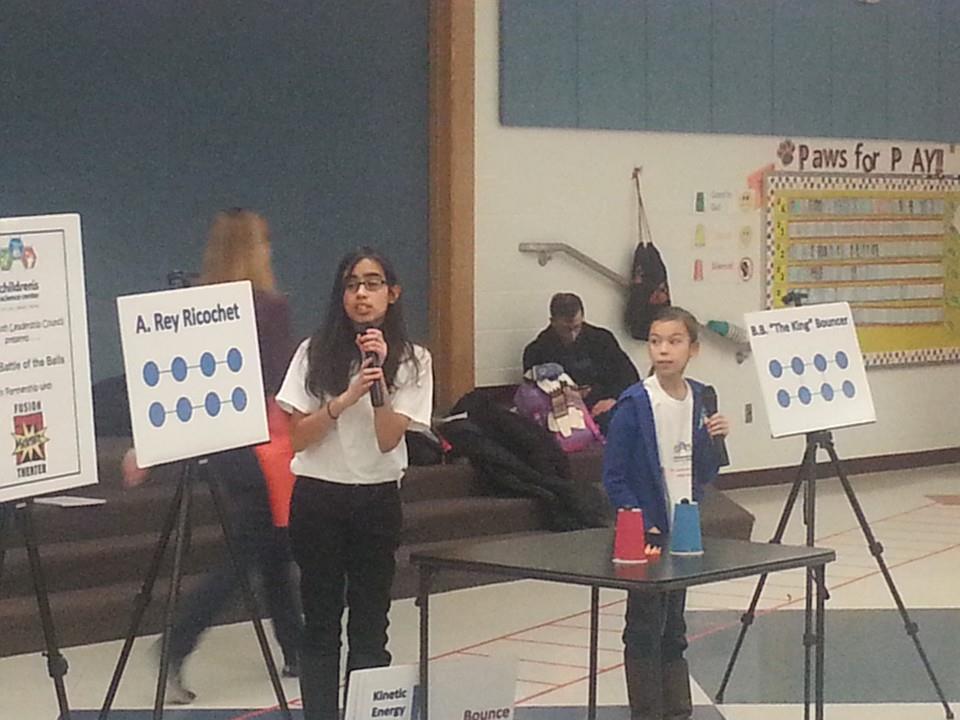 A bouncing ball competition was an opportunity to introduce to young minds polymers. It was a glimpse at how the structure at the molecular level could define properties of materials. There was even a model composed of eight kids (my daughter was representing one repeating unit of the polymer) to illustrate cross linking. 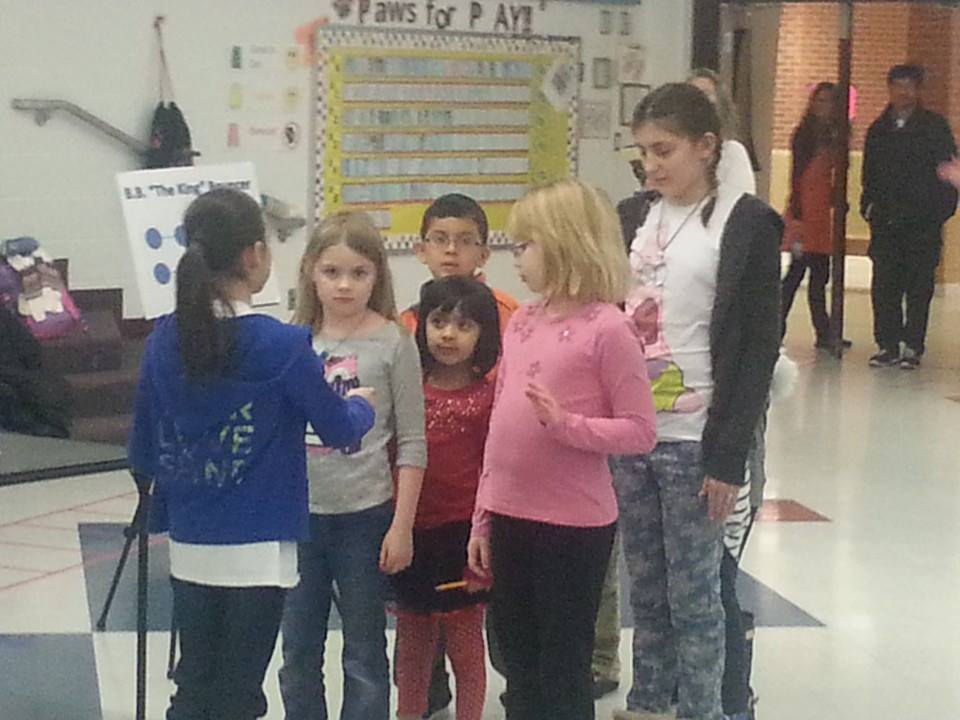 Seeing how the two balls bounce differently made it quite obvious to young minds what would happen when chains of the polymers were linked to each other. Seeing balls bounce with one's eyes probably had more impact than looking at a graph like the one below:

After the bouncing competition, children had the opportunity to visit booths, each one with its own activity and an accompanying science lesson. My daughter checked out almost every booth. She first tried to assemble something that would float in air: 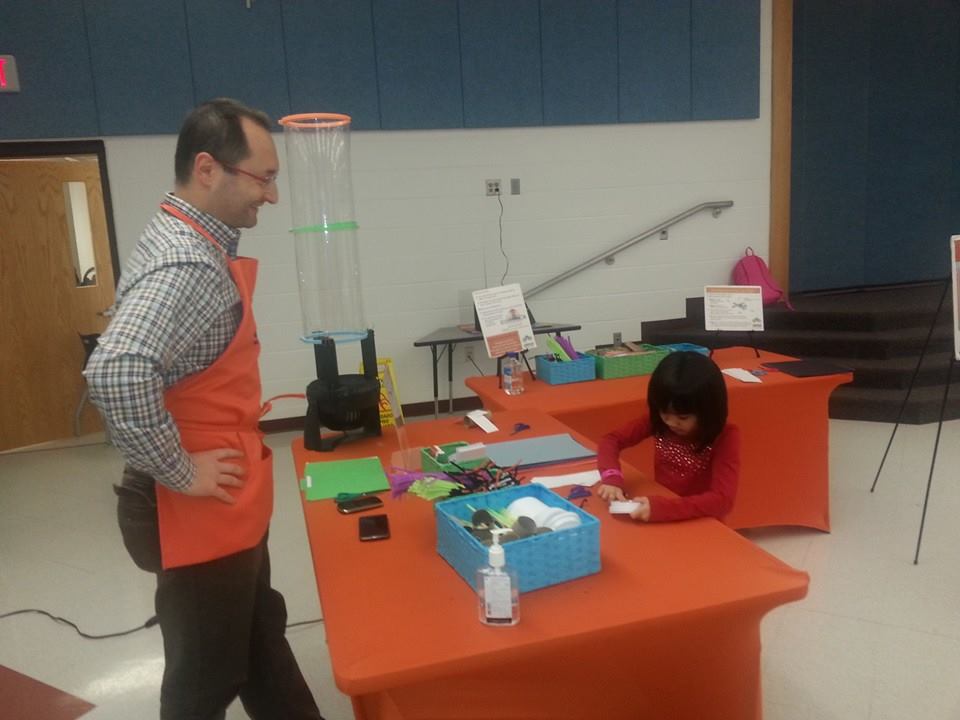 What she made was not quite balanced that it tilted and rested on the wall as air pushed it inside the column. Then she went to another table and planted a lima bean: 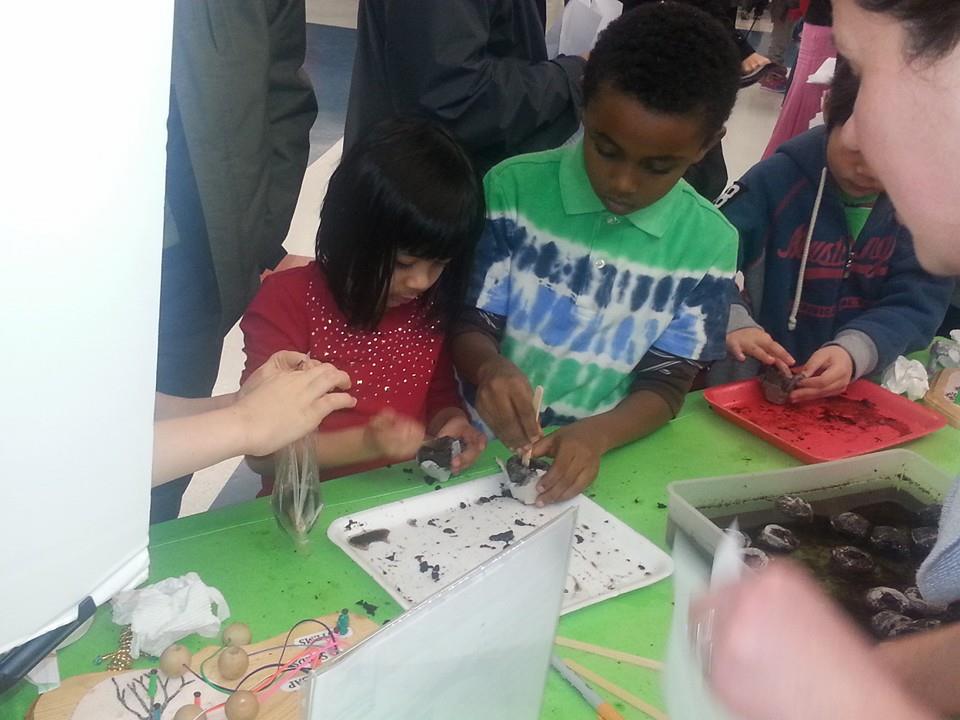 Of course, we had to bring it home to see if she was successful in planting a seed. There was a booth on forensic science as well so she had the opportunity to make an impression of her fingerprints. 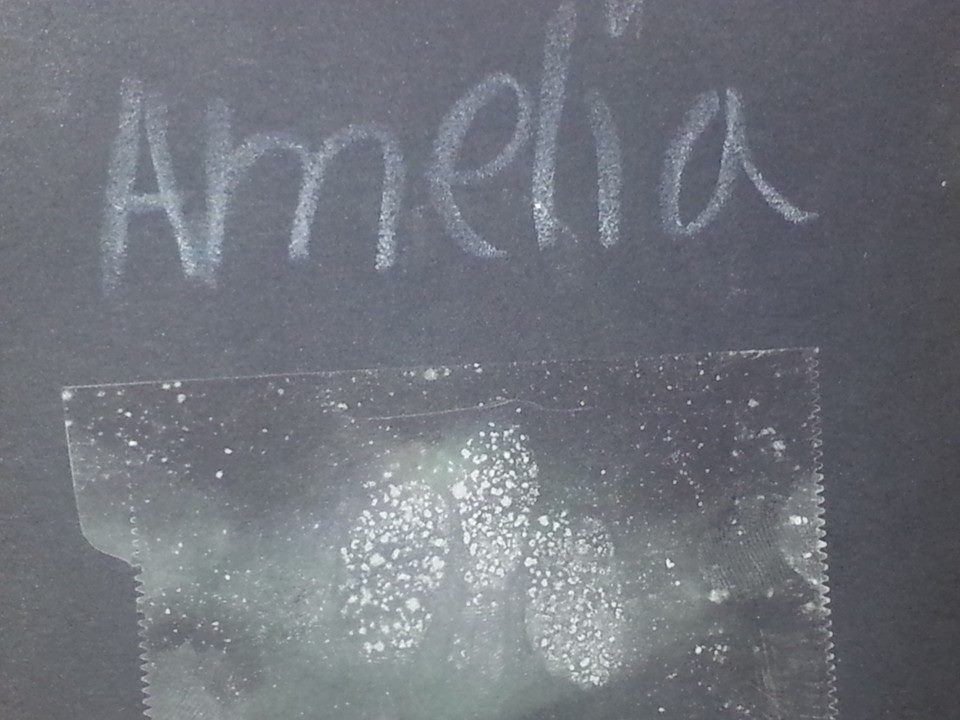 My daughter spent some time looking at how one might be able to identify three colorless liquids by checking some physical properties, but she did not have quite the patience necessary to wait for the final ending. 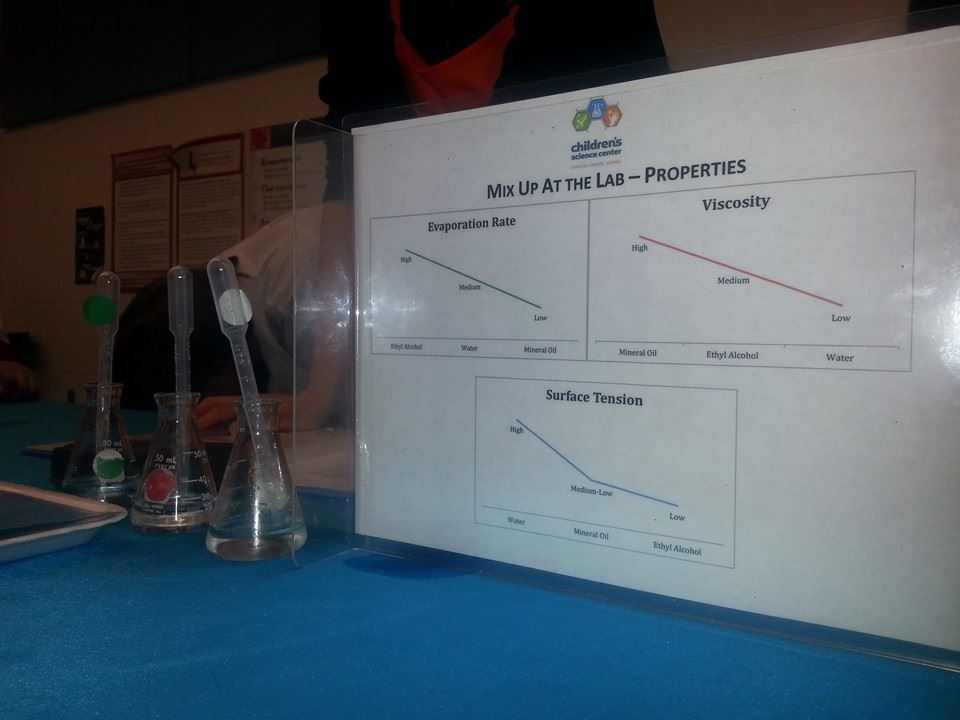 She did go through the magnetism activity entirely. She was in fact a bit proud of how closely she was able to guess which objects were going to be pulled by a magnet: 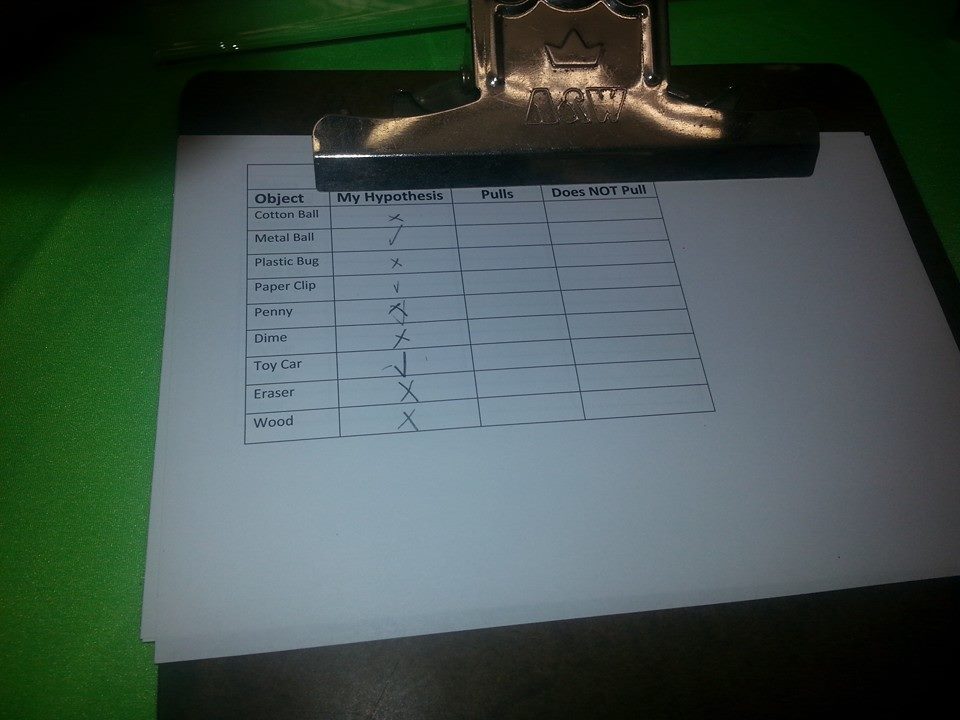 She had a short lesson on potential and kinetic energy, 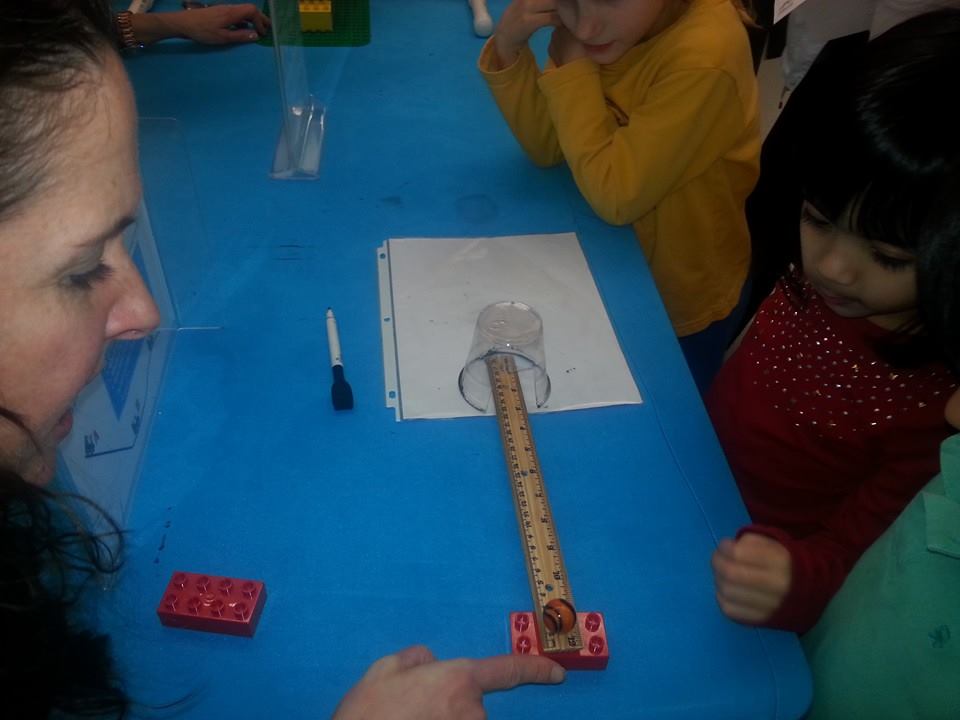 as well as momentum. 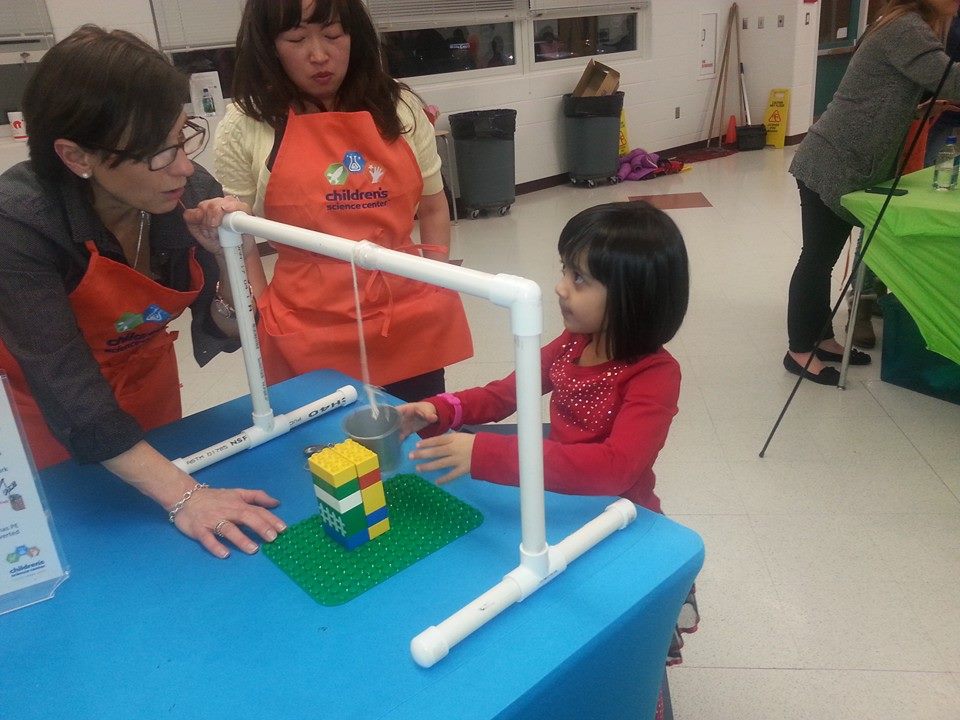 She learned to use her nose to identify. 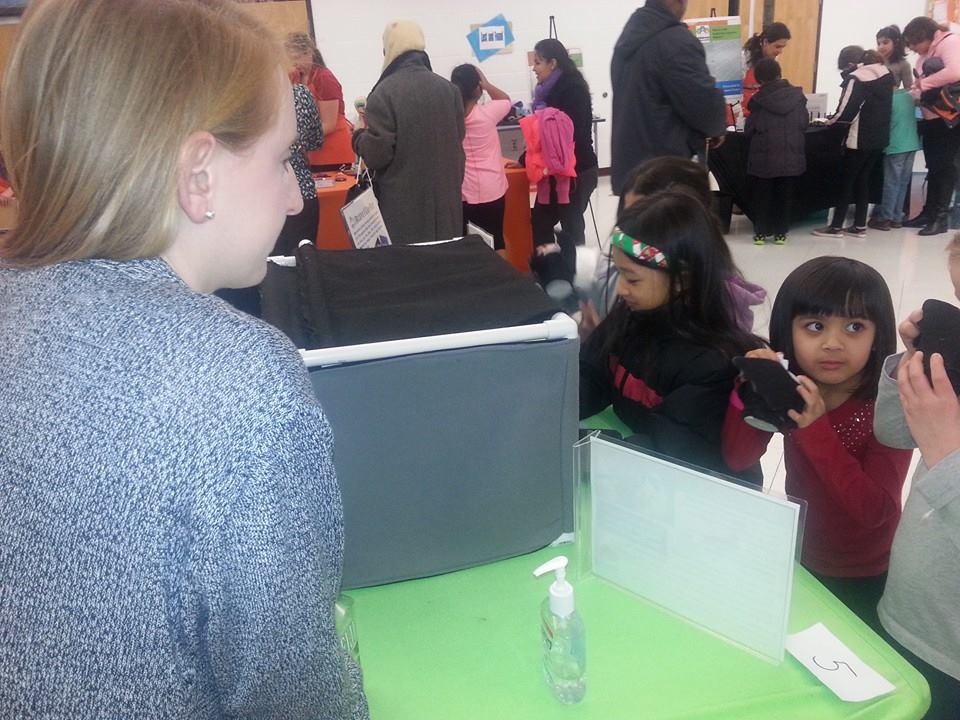 She also was introduced to measuring quantitatively how far paper planes could fly. She learned that the number of heartbeats per minute of an animal was somewhat inversely proportional to the size of the animal.

She was also able to listen to her own heartbeat but only after doing a short aerobic exercise. 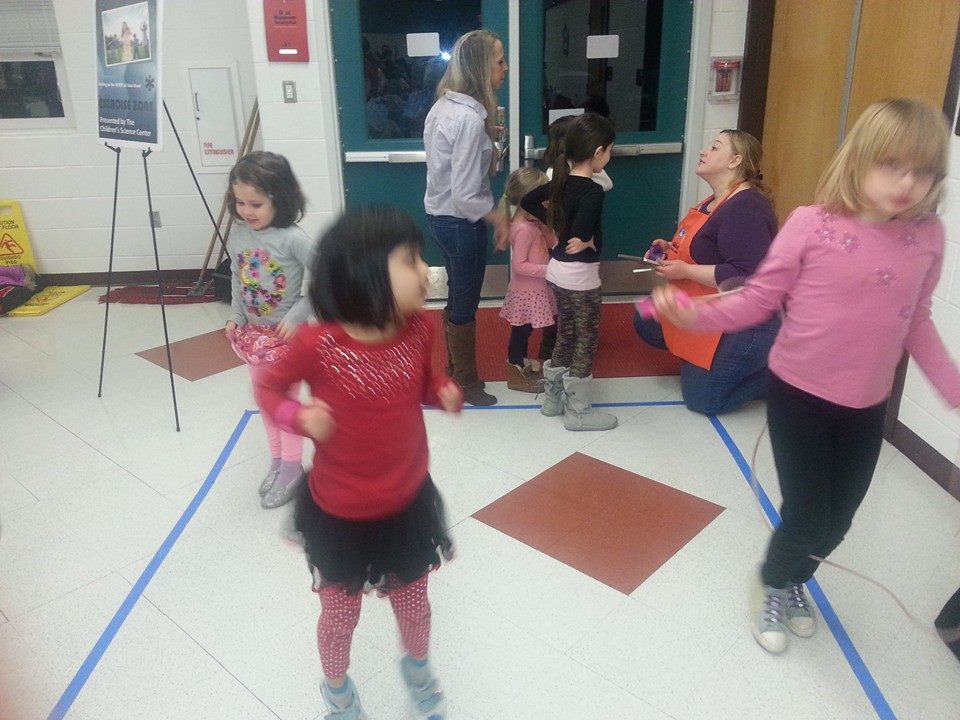 My daughter had been in my office and research laboratory. She had sat beside a nuclear magnetic resonance spectrometer. She knew that her father was a scientist. And it was gratifying to see that she was engaged very much in last night's activities.

Last night's science night was made possible by the Children's Science Center together with volunteer parents, teachers and staff at Mason Crest. Northern Virginia, in spite of its proximity to various national laboratories and a technology corridor, still has to build its own hands-on science musuem.  While children wait for this museum to be built, the Children's Science Center currently visits schools to help inspire young children through hands-on activities. Last night was one of those and my daughter was inspired.