February 07, 2015
Pure ice is less dense than either water or seawater so it floats, but only about ten percent of its volume is visible above the surface. Thus, the "tip of an iceberg" is an expression commonly used when only a small part of the problem is apparent. With the challenges public education systems face, standardized test scores are often used as gauges. There is nothing wrong in paying attention to scores in standardized exams. The problem lies in how conclusions are drawn especially when the picture provided by test scores is simply a "tip of an iceberg". Test scores are measures of student outcomes. These numbers do not tell, for example, the reasons behind a student's performance. I can stand on a balance and measure my weight. At the end of such procedure, I do get a number describing my weight, but it does not tell me the real reasons behind the numbers that I see.

In education, no one can deny the fact that scores in international standardized exams are informative. These, like other tests, are measures of student outcomes. High scores in this exam do point at education systems around the globe that are producing students that can perform quite well. Such extrapolation is reasonable. Errors begin for example when one simply jumps to the conclusion that the scores are dependable indicators of poor teaching techniques and curriculum. There are so many other factors contributing to student outcomes. This is the central message of a research document, The Iceberg Effect, recently published by the The Horace Mann League of the U.S.A., and the National Superintendents Roundtable: 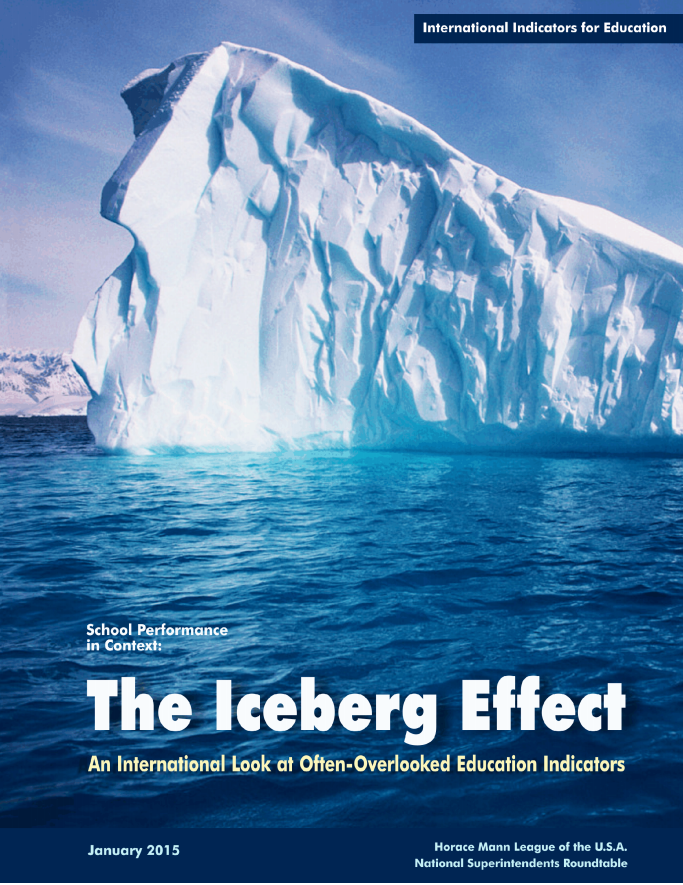 The report encourages everyone to look at education with a much wider perspective. The following image, for example, captures what is often hidden underneath test scores:

Clearly, without looking at the other factors that may influence education, wrong conclusions can be drawn from what is visible on the surface. The factors listed above, inequity and inequality, support for schools, social stress and violence, and support for young families are not defined by a school's curriculum. These are factors that are outside the classroom. These are factors that are not pedagogical. Thus, simply copying what teachers do in high-performing countries to improve one's schools is really jumping into conclusions. The Iceberg Effect looks at these other factors in the United States and compares them against those of other countries. The results are summarized in the following figure:

With the additional factors, important clues on why students in the US do not perform as well as those in other countries become evident. The report concludes:


"American society reveals the greatest economic inequities among the advanced nations in this analysis, combined with the highest levels of social stress, and the lowest levels of support for young families."

Emma Brown at the Washington Post drives this point home in a series of figures taken from the report: 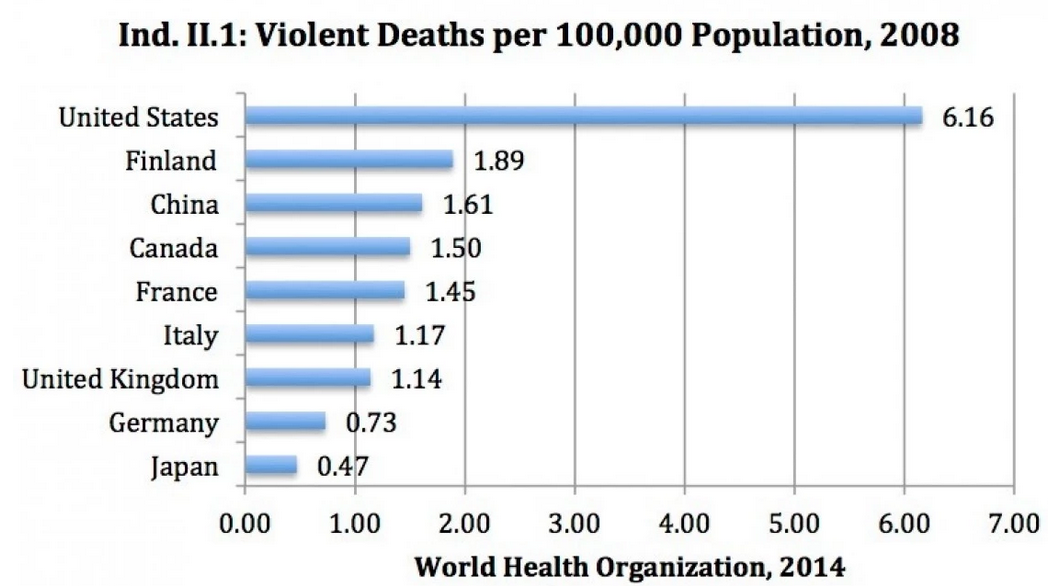 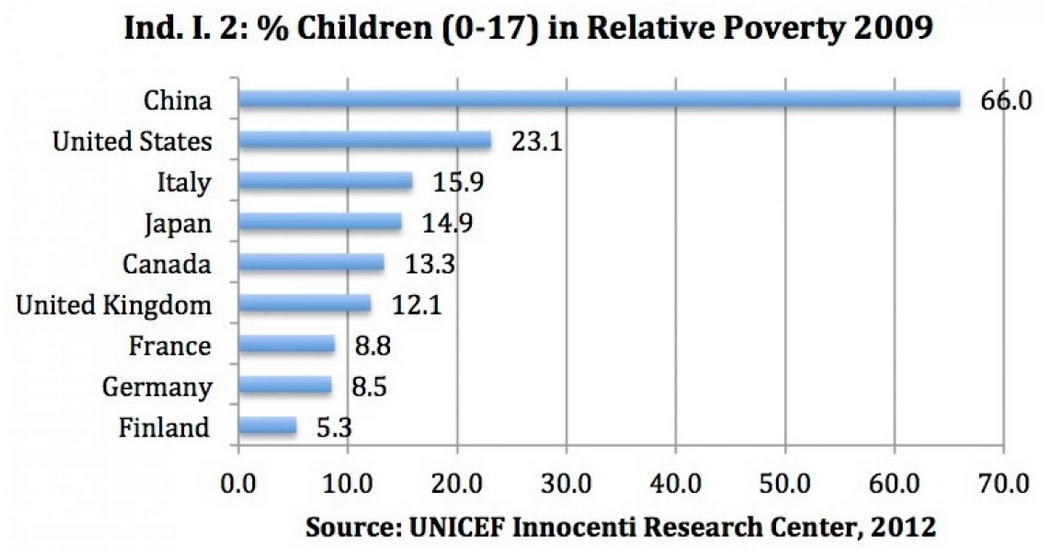 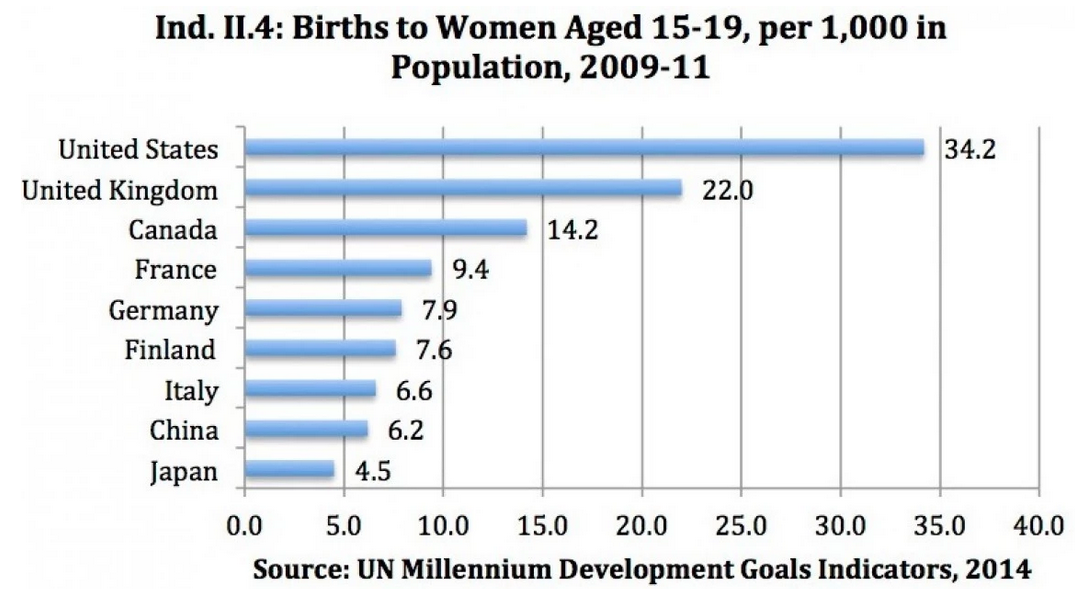 I would like to add one more figure from the report, if I may:

Similar to the authors of the report, I likewise hope that we all realize that there is so much more than meets the eye....