How Do Schools in the US Really Perform

January 09, 2015
In the United States, if a parent finds out that his or her child has been labeled as an English Language Learner, should this be a reason to worry? If an Individualized Education Program (IEP) gets written for a child, is this bad news? If a child is born Black, Hispanic, or Native American, is the destiny of that child in the United States educational system pretty much decided? Are schools in the US really able to bring the best out of every student?

Lamenting on how US students perform on international standardized exams can perhaps make us pause and examine how schools in America are really performing. These test scores, unfortunately, do not provide the complete picture however. For instance, achieving a good average score in these exams is not necessarily an indication that schools are doing well. Brian Butler, a principal at Mason Crest Elementary School, draws attention to an article posted in TeacherMatch TalentTalk. 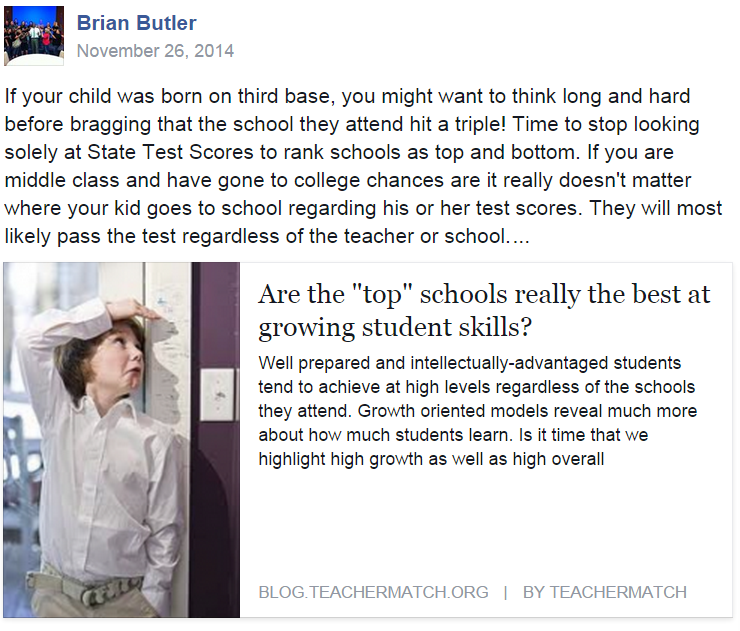 Oftentimes, good students actually perform well in spite of attending schools of low quality. The following excerpt from the article posted in TeacherMatch TalentTalk recommends a more honest way of gauging how much a school has really contributed to the learning of a student: 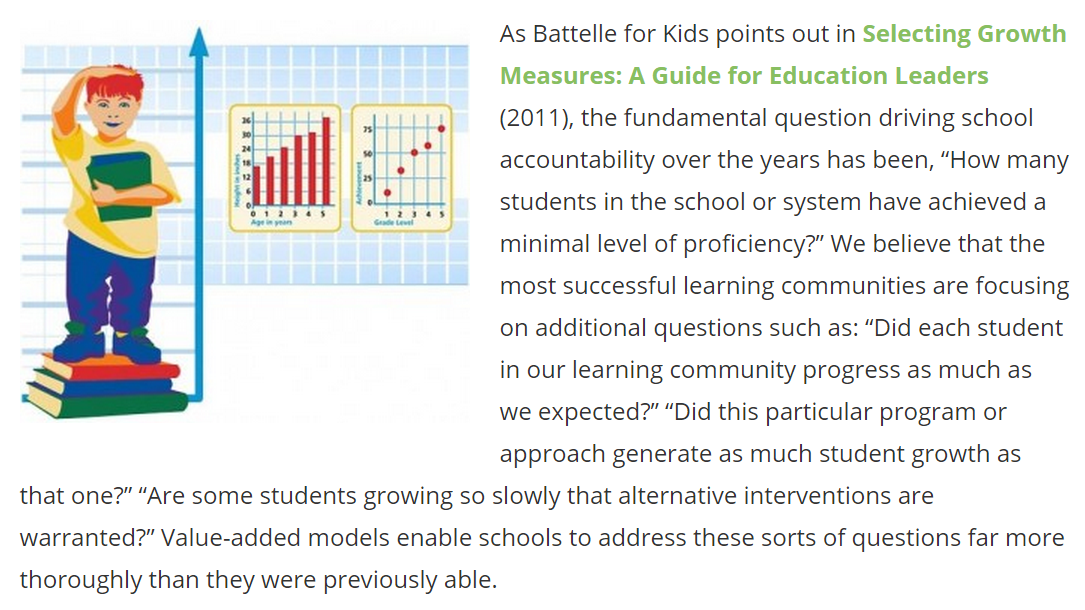 Answering the questions posed in the above excerpt can be found in the field test data from Smarter Balanced Assessment Consortium. Below are the scores for students with disabilities who have been assigned individualized education plans: 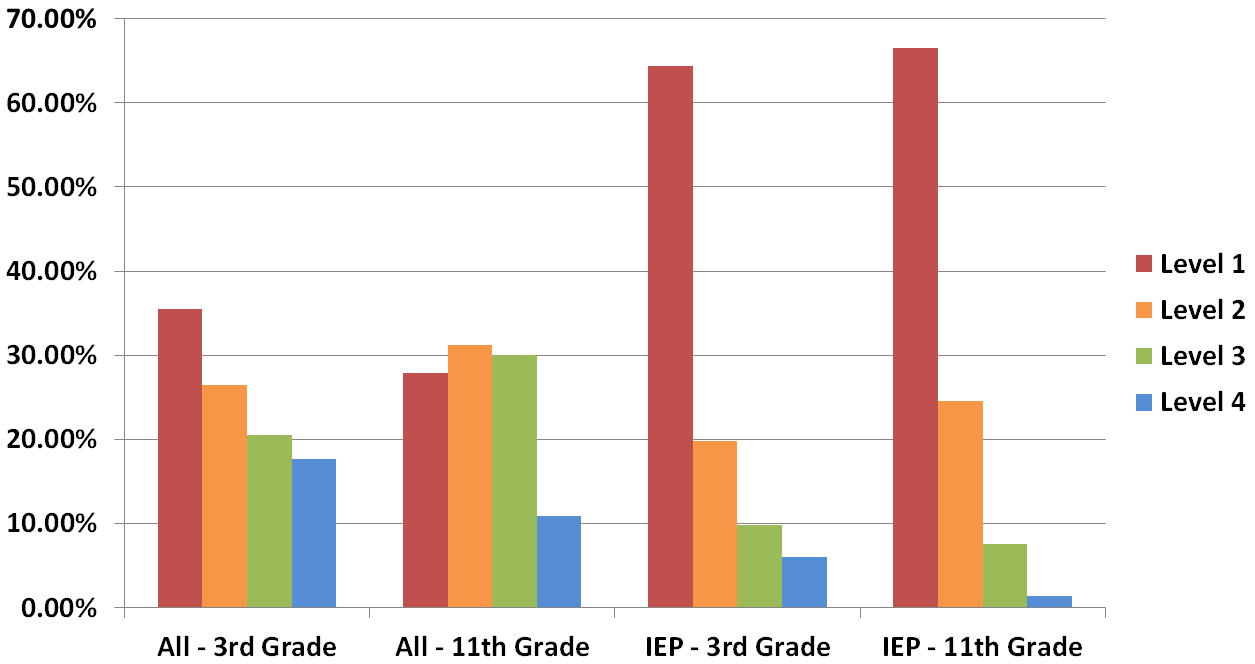 Comparing Grade 3 against Grade 11 results leads to a very clear conclusion. Performance levels are getting worse. There is no growth to talk about. With each year, schools are actually increasingly failing these students. One may argue that this group of students is particularly challenging. That argument, however, does not hold water since the same dismal performance is seen with black students and other minorities. It holds as well for economically disadvantaged students. The above are not longitudinal data, but there is no indication out there that contradicts the assertion that most US schools are currently unable in growing and developing students. 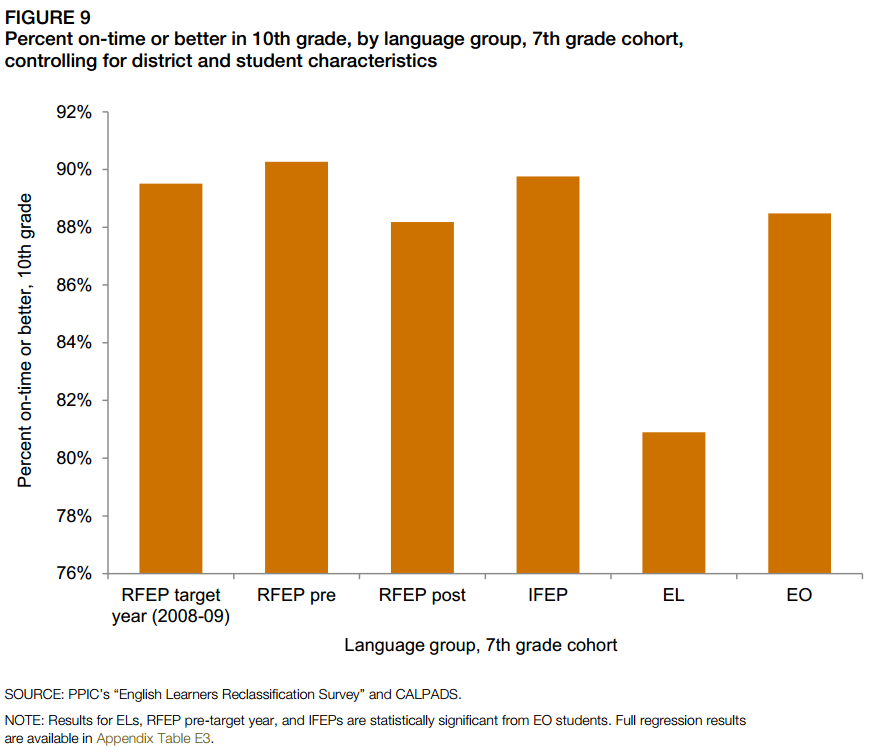 With regard to IEP students, simply examining how these pupils are taught provides enough evidence to draw conclusions. The following paper recently published in School Mental Health, for examples, raises a serious concern: "Less than one fourth of interventions appear to be evidence based." 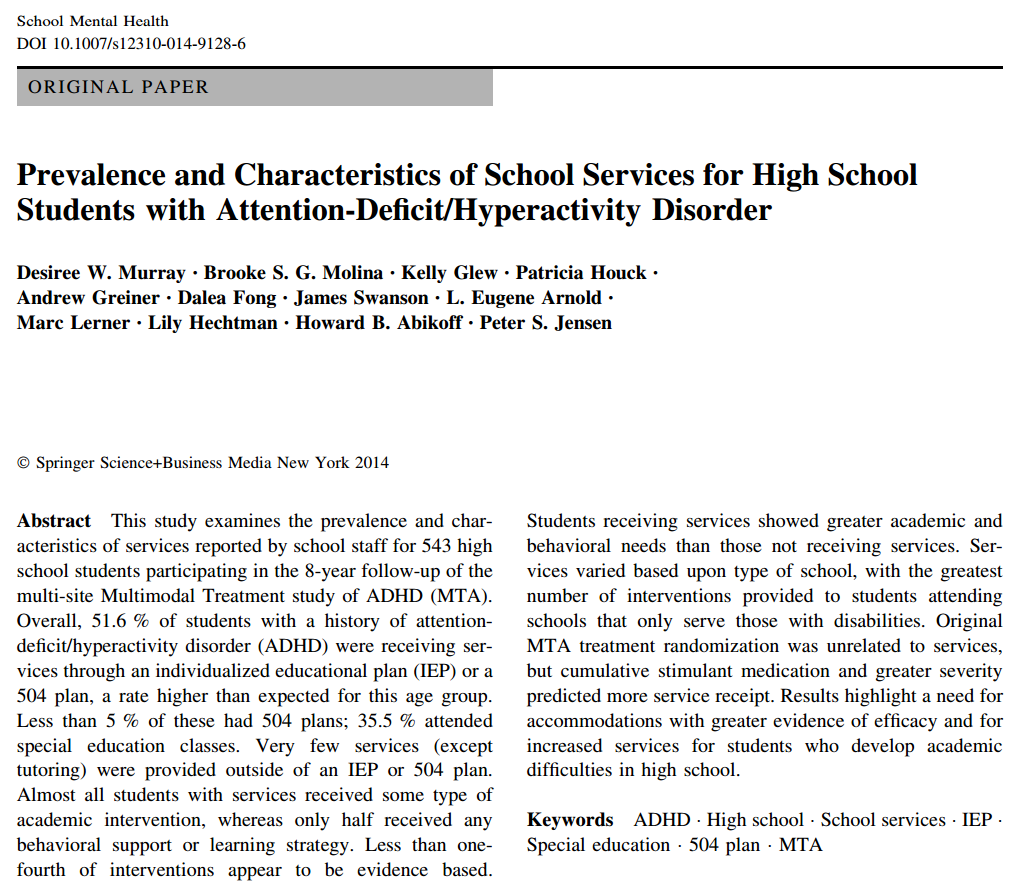 Seeing the above depressing results, it does appear that we are grading US schools very leniently as in the following 2015 Quality Counts rating of states by the Education Week Research Center:

The above figures and graphs do not provide comfort to parents of English Language learners, IEP students, Blacks, Hispanics, and economically disadvantaged children. Instead of progress, students regress. In a realistic assessment, this actually means F....

Commentaries Education for All Evidence-Based Research