November 06, 2014
November is the National Reading Month in the Philippines. This is the month that the government tries to put an image of supporting the education of young minds by promoting a love for reading. That does sound good. Children need to learn to read so that they will read to learn in the future. Unfortunately, simply encouraging the public to donate books to schools and storytelling inside classrooms are just the first steps. Providing textbooks of good quality is an equally if not more important task so that children may actually move beyond reading fairy tales. 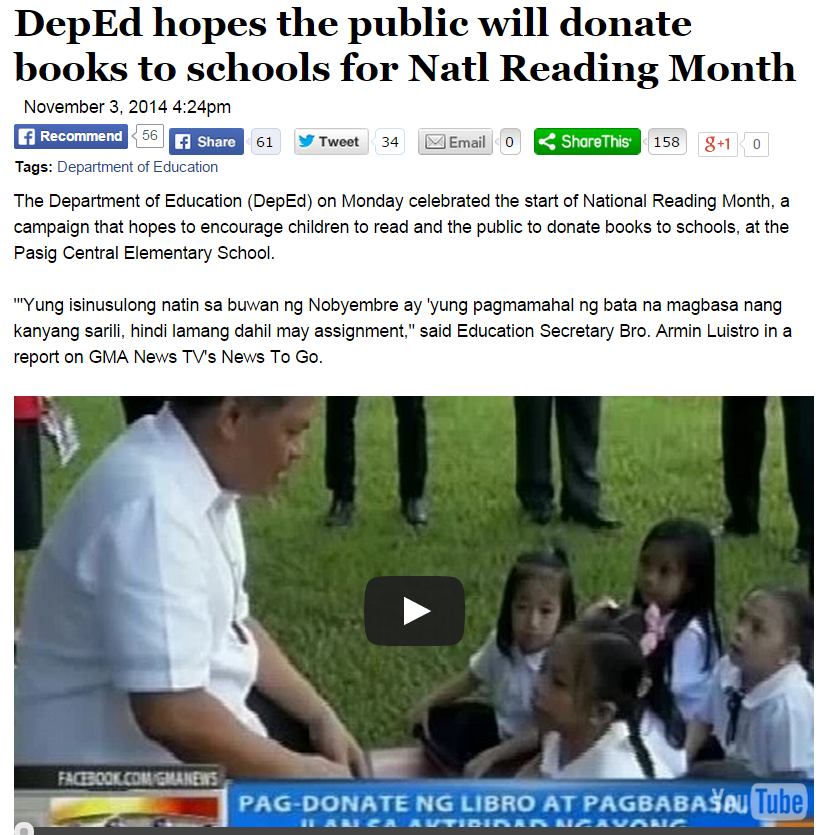 It is truly infuriating to see that what the Philippine government does for education is often only for show. Take, for instance, DepEd touting the use of the mother tongue as medium of instruction in the early years of education. On the surface, it may seem that DepEd is indeed taking a step in the right direction by keeping something inside classrooms that the children have learned at home. With a language of instruction that is more familiar with young pupils, the mother tongue is supposed to keep these young children in schools. These are all nice ideas but reality on the ground speaks of a different predicament. The following are excerpts from Karapatan's press release on November 5, 2014: 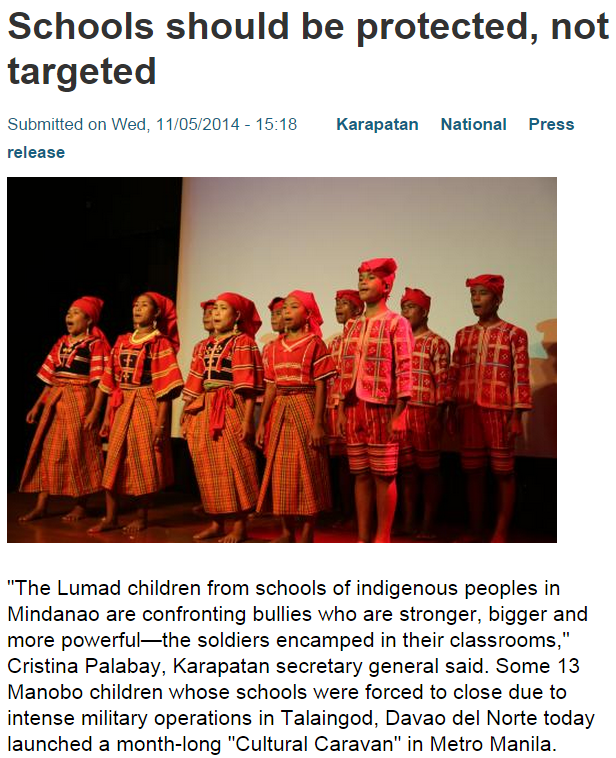 ...Karapatan scored the continuing attacks against schools and children's rights violations, especially with the Armed Forces of the Philippines (AFP) guidelines 25 and the Department of Education Memorandum 221. Both issuances legitimize the attacks against children by allowing the use of schools/educational institutions for military purposes.

Just this year, Karapatan-Southern Mindanao reported the AFP’s take-over of at least five schools in Southern Mindanao alone:
• Salugpungan Ta Tanu Igkanugon Learning Center Inc. (STTILCI) in Talaingod and Compostela Valley;
• Monkayo Vocational School in Compostela Valley where the 25th IB parked its armored personnel carrier (APC) in the school compound;
• Tugbok Elementary and High School in Tugbok District, Davao City where the 84th IB usually park its 6-by-6 truck in the school gym;
• Cotabato Foundation College of Science and Technology in Arakan Valley, North Cotabato where 10th Special Forces and 57th IB troops, in full uniform and carrying firearms, freely went in and out of the school, some even played basketball, and used the school’s Internet;
• Kalasagan Elementary School in San Isidro, Lupon, Davao Oriental which is occupied by the 28th IB and 2nd Scout Rangers unit, they also occupied the barangay hall, health center, chapel, basketball courts, and some residences.

“We want to reiterate that these schools are initiated by people’s organizations with the support of church and other advocacy groups as a response to the government’s inability to provide basic education to children in remote places,” Palabay said....

There is a Facebook Page called "Save Our Schools Network". A photo shared in this page, copied from the Inquirer, tells in one image what is really going on: 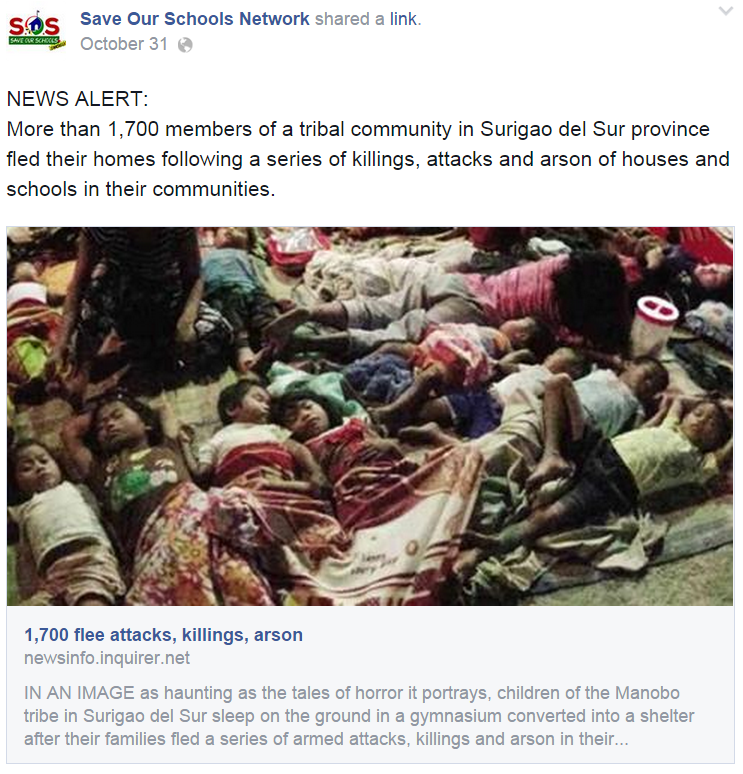 A group of students from the Manobo tribe are currently in Manila to bring awareness to their current condition:

Unfortunately, their cries are probably not heard since the circus inside the Senate is much louder....