Why Basic Education Is So Important

July 24, 2017
In the previous post, No More Algebra, the strongest argument for retaining algebra as a requirement for all is that some people can easily take advantage of your gullibility. And they will. Misinformation abounds not just in social media or the internet. This is especially tragic when the medium is a traditional news source. A recent article in Philippine Star even uses "Oxford" to propagate unsubstantiated news. And it is not just about a catchy headline as the article starts with this groundless statement: "A University of Oxford study found that $200,000, around P10 million, was spent to hire trolls who would spread propaganda for President Rodrigo Duterte and target his opposition." 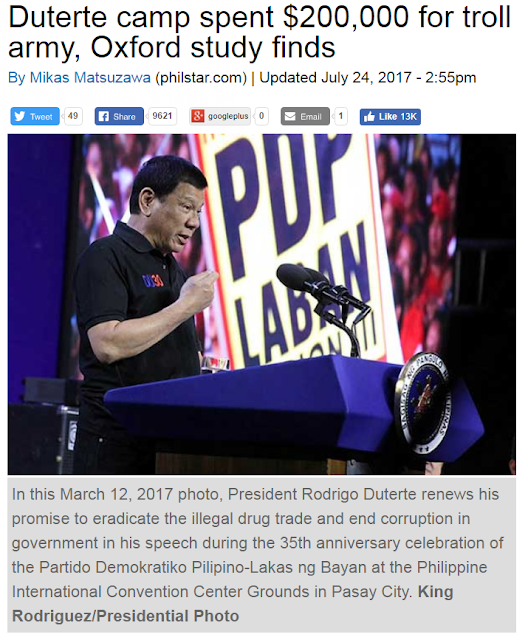 The Oxford study mentioned in this news article is a working paper by Samantha Bradshaw and Philip N. Howard. The Philippines Star fails to mention one major limitation of the study:


This working paper lays the groundwork for understanding the global trends in the organized and coordinated use of social media for manipulating public opinion...

...In terms of scope, there are several things we do not investigate. First, although cyber troops will often apply traditional offensive cyber tactics, such as hacking or surveillance, to target users for trolling or harassment campaigns, this is not a working paper about hackers or other cybersecurity professionals who work in a governmental capacity.

The study is only a survey of news articles, and the sources used by the author for the Philippines are:

The first article (Gavilan) does not talk about an army of trolls. It was simply a description of the grassroots campaign of Duterte when he was running for president, an interview of Nick Gabunanda, the social media director of Duterte's campaign. The heart of the article was the fact that Gabunada only had a very small budget, $200,000 (the same figure Philippine Star claims to have been used to pay for a troll army) but still managed to create a very strong presence in social media. Here is an excerpt:


In November 2015, when he decided to run for president, he enlisted a marketing consultant named Nic Gabunadato assemble a social media army with a budget of just over $200,000. Gabunada used the money to pay hundreds of prominent online voices to flood social media with pro-Duterte comments, popularize hashtags, and attack critics. Despite being vastly outspent by his rivals, Duterte swept to power with almost 40 percent of the vote. After the upset victory, the new president’s spokesman issued a warm thanks to Duterte’s 14 million social media “volunteers.”

The title of the Rappler article even emphasizes that Duterte's social media campaign was organic and volunteer-driven. And there is no doubt because the meager amount of funds obviously supports this statement.

The second source cited in the Oxford study is an article from the New Republic, which the working paper considers not as among the top credible sources for information. The following is what MediaBias/FactCheck says about the New Republic: 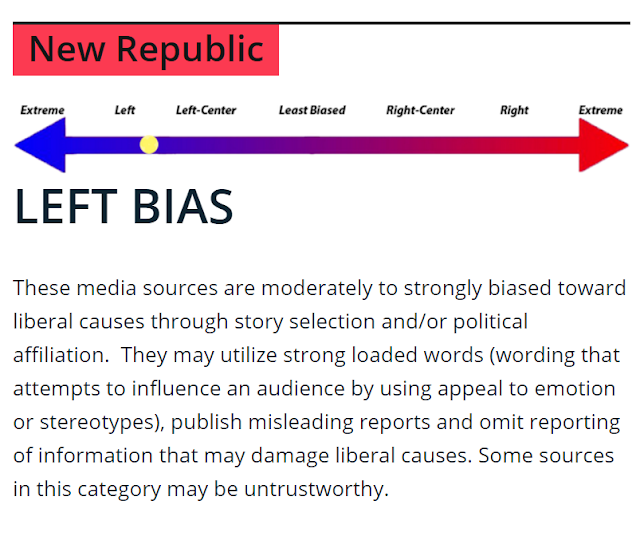 It is easy to see why New Republic is untrustworthy. In the article cited by the Oxford Study, the following is written in bold and large font size:


The government pays online trolls up to $2,000 a month to create fake social media accounts and flood the digital airwaves with propaganda.

We need basic education so that we become less gullible because sadly, those who have been entrusted to inform the public will not hesitate to fool us.