October 16, 2016
As parents, we want the best for our children. Every parent simply wishes to give his or her child the best education possible. Schools require resources and wherever funds are scarce, the quality of education seems to suffer. Most developing countries unlike rich nations struggle in basic education because of poverty. However, we need not go outside a country to see that great schools are oftentimes in wealthy neighborhoods. A report from the nonprofit organization EdBuild in the United States shows that "income-based segregation between school districts is rising".

The report lists the fifty most segregating borders in the US. For example, number eight on the list are the school districts of Youngstown and Poland in the state of Ohio:

Another nonprofit organization GreatSchools provides parents tools to "compare schools based on test scores and other available data, including student academic growth and college readiness". Ratings are in fact available for school districts. The following are the results for the Youngstown and Poland school districts: 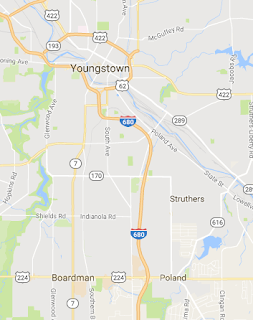 The two districts are so close yet the differences in schools, in household income, and in house prices are simply staggering. There is so much talk about globalization but the truth is: We are becoming more segregated. We are segregating ourselves according to income and now we have schools to ensure that the boundaries between the haves and the have nots remain impenetrable. We are not really that serious with regard to "quality education for all".