Virginia Does Well In Science

October 30, 2016
The NAEP Science results are now available. Schools in Virginia have scores higher than the average across the country. Not only are the average scores higher, but also the number of students reaching both basic and proficient level. In fourth grade, the state ranks among the highest in the country. In eight grade, the state drops its ranking suggesting that the state needs to focus on the sciences in middle school. Data for individual states for the 12th grade test are not available, but one can extrapolate that Virginia only goes down further since performance in this test depends more on knowledge and such knowledge is cumulative.

In fourth grade, Virginia ranks near the top in terms of average score, percentage of students reaching basic and proficient levels: 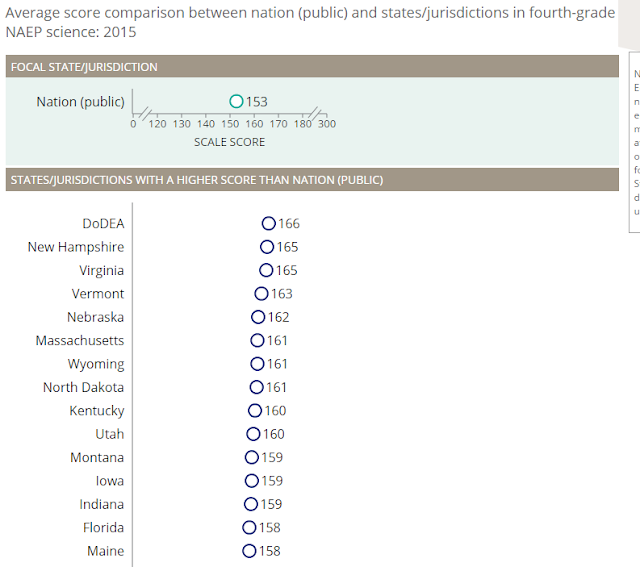 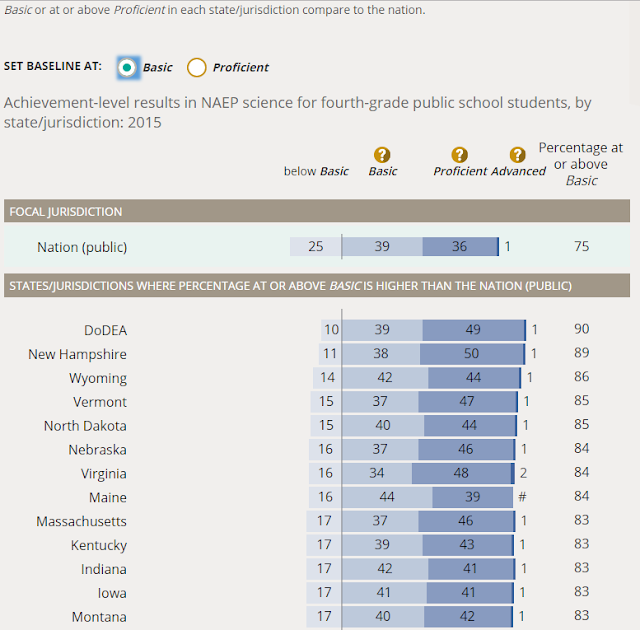 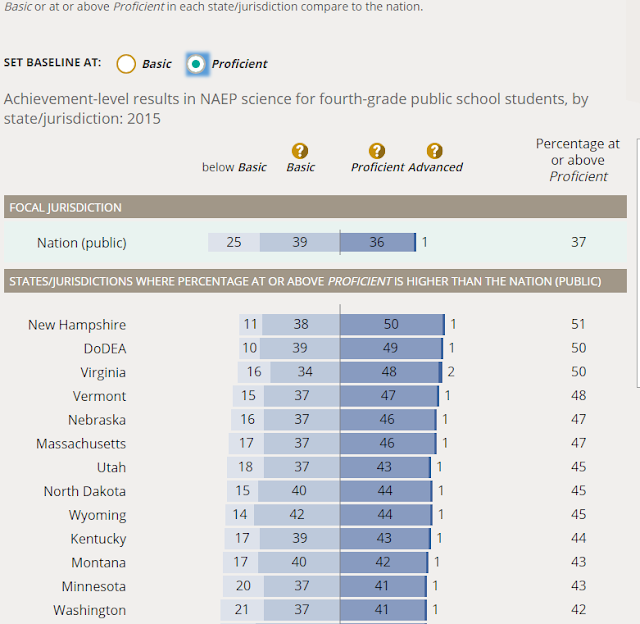 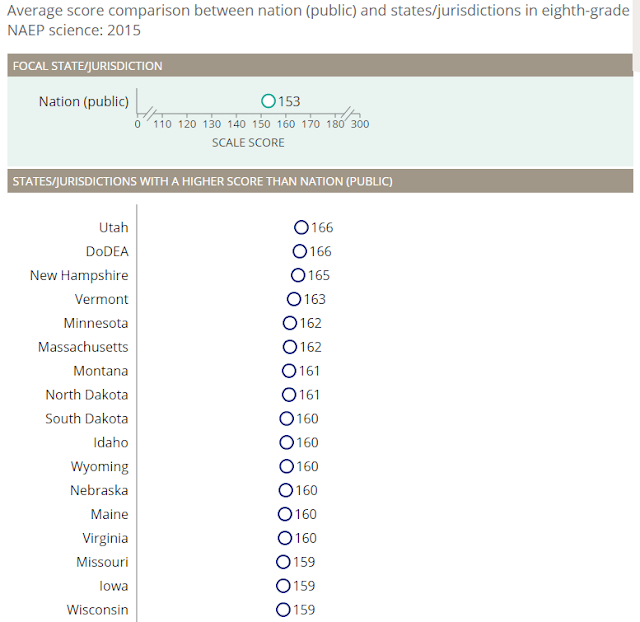 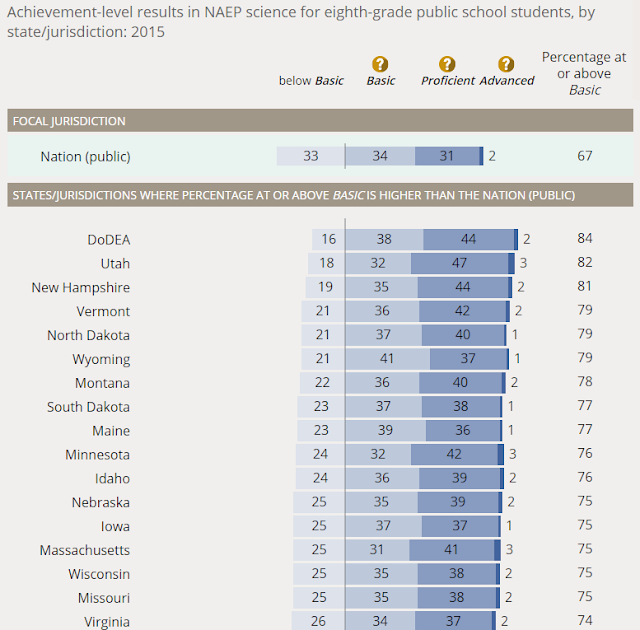 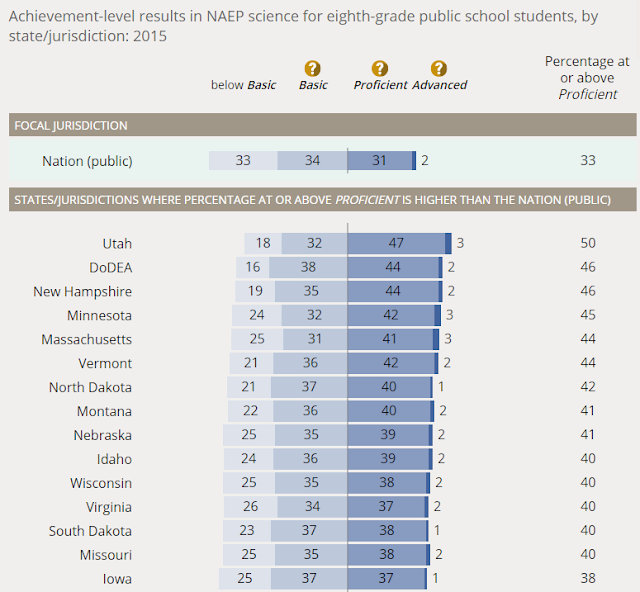 Carl Wieman, a Nobel laureate, is "not convinced the NAEP science tests meaningfully assess scientific thinking". He thinks the exams dwell more on facts recall. Still, one can not deny the fact that science requires knowledge and this test addresses this part of science education.