December 13, 2015
In the same way education is considered as a solution to poverty, it is common belief that removing corruption is a cure to poverty. In fact, the current president of the Philippines used the slogan, "Kung Walang Corrupt, Walang Mahirap" (Without corrupt officials, there are no poor people). Now that elections are coming soon in the Philippines, the fight against corruption is once again a theme of choice by politicians and their supporters. On both national and local levels, candidates are measured on whether they have the right moral values. Competence is sometimes hardly mentioned.

I came across a debating site on the internet and found that someone already pointed out that poverty, for instance, in the continent of Africa was not due to poor governance, but to bad government policies. 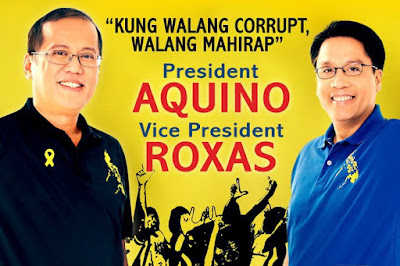 
Many experts claim that poverty in Africa is caused by bad governance: implementation of development policies is simply impossible, because many political systems in Africa are corrupt. But is this really the core of the problem? The answer is no. In Southeast Asia for example, a lot of governments have been known for being at least as corrupt as governments in Africa. Yet these Asian countries are making great economic progress.
So, the gap between Africa and the other continents isn’t due to the poor implementation of development policies. The main reason why Africa lags so much behind is that African governments just make wrong policies. In Southeast Asia, governments have decided to invest money and effort in the development of rural areas: improving the productivity of smallholder agriculture. They have built dams, irrigation systems and infrastructure. By doing this, the cycle of poverty in Southeast Asia has been broken. It has even led to a basis in the development of urban and industrial areas. By creating a development in agriculture, the poorer people in a society are directly involved in the development of a country. Policies in Africa are nowadays focused too much on the rich and less on the poorer people. But this Western approach isn’t working for Africa. In fact, the rich people have become even richer, although the poor people become poorer and poorer.

Meijer was citing Asian countries as examples to support the argument that corruption was not the cause of poverty.  Walden Bello in 2010 wrote an article for Foreign Policy in Focus entitled Does Corruption Cause Poverty? In the article Bello wrote:


Indeed, in Thailand and elsewhere, clean-cut technocrats have probably been responsible for greater poverty than the most corrupt politicians. The corruption-causes-poverty discourse is no doubt popular with elites and international financial institutions because it serves as a smokescreen for the structural causes of poverty, and stagnation and wrong policy choices of the more transparent technocrats.

Wrong policies can create more poverty. The road to hell is paved with good intentions. A recent report in the journal Science illustrates an example of a policy that is promising and yet has delivered the opposite. In Democratizing education? Examining access and usage patterns in massive open online courses, Harvard and MIT researchers found that courses designed to address inequities in education due to socio-economic class, are in fact achieving the opposite. There was hope that courses offered online by these premier institutions would reach a broader audience. Instead, they found that only the rich benefited from these massive open online courses (MOOCs).  The authors therefore concluded:


Our findings raise concerns that MOOCs and similar approaches to online learning can exacerbate rather than reduce disparities in educational outcomes related to socioeconomic status.

Harvard and MIT, and the United States in general, can perhaps afford to make such mistakes. The Philippines, on the other hand, cannot. DepEd's K to 12 is an excellent example of a policy that does not address the needs of the poor. It is a wrong-headed reform that makes problems in basic education worse. Sadly, opposition to the policy is not as widespread as it should for poverty also mutes opposition. It is not corruption that keeps people poor. Wrong policies do.