DepEd's K to 12 and Elephants in a Room

July 09, 2015
Classroom shortages, lack of learning materials, teacher salaries are all obviously instrumental in basic education. The Department of Education in the Philippines has instead chosen adding years at the end of high school as the most important step in improving the state of basic education in the country. There is no argument that instructional time is a significant factor in education.

The graph below from Marcotte and Hansen demonstrates how big the effects are of adding 10 school days to learning outcomes compared to those of other interventions:

10 additional instructional days even work better than having an effective teacher. If just adding ten days is so influential, perhaps adding two years will lead to even greater effects. However, grade retention, also shown in the above graph, adds a year, but its effect is less than the improvement seen with just 10 additional instructional days.

Another elephant in the room in terms of education issues becomes obvious with another graph from Marcotte and Hansen. This one shows what happens when school days are missed because of snow.

The figure above shows how many schools in the state of Maryland fail to meet adequate yearly progress targets set by the No Child Left Behind law. If one takes into account school closing days because of snow, the number of failing schools would have been much smaller (bars with darker shade).

In this aspect, it is not difficult to realize that the Philippines does face a huge challenge in providing adequate and continuous instructional hours in basic education. One simply has to go through some of this week's headlines from GMA News: 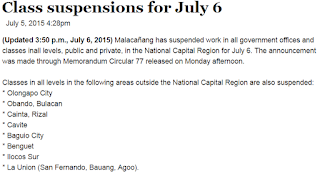 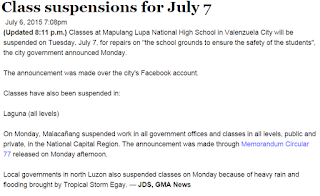 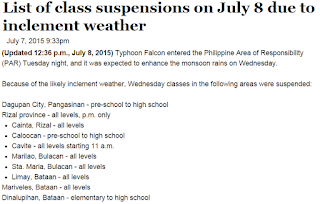 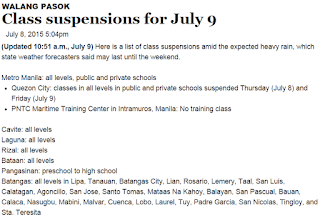 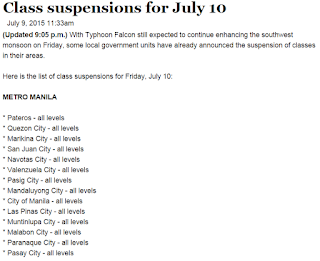 This is an entire week of no school. The main reason is flooding as depicted here in a photo from the Daily Inquirer: 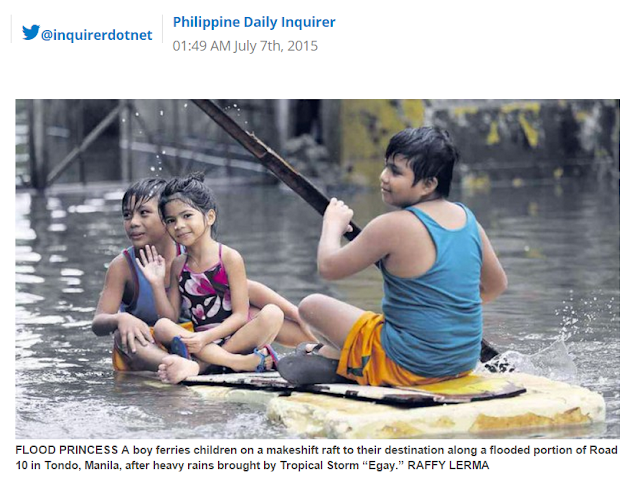 These pictures have become too common that this issue is now plainly considered an elephant in a room, a problem no one is really willing to address.

This morning Yahoo was highlighting a different photo:


Inspirational: Homeless Boy Uses Light From McDonald’s To Do Homework 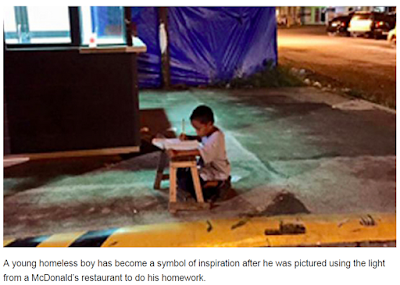 What caught my attention, however, was a comment from one of the readers:

A week ago before the rains and the flood, EuroNews called the following as "picture of the day": 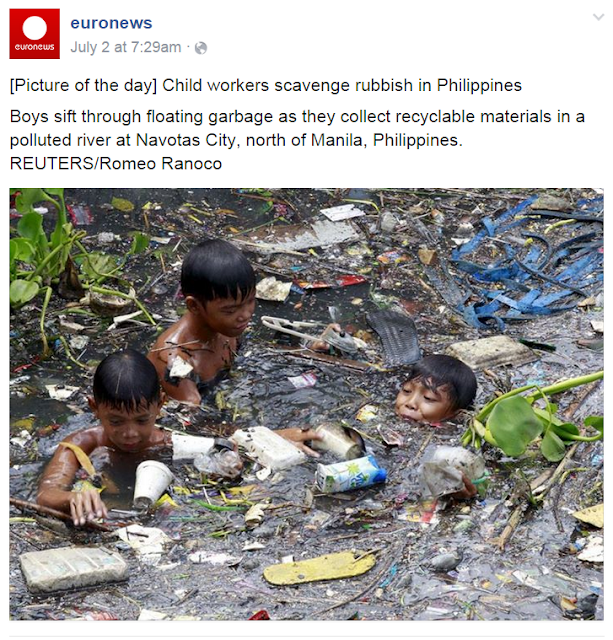