July 20, 2015
The Philippines is among few countries where boys are more likely than girls to leave school. And for the students who choose to remain in school, standardized exams show that girls also outperform boys. It requires further research but initial studies suggest that this gender disparity is simply a manifestation of socio-economic conditions.

The gender gap in Philippine basic education is quite dramatic as demonstrated in the following graphs (Data from Annual Poverty Indicator Survey 2013 and DepEd, Philippines). Boys, for instance, are twice more likely to leave high school. 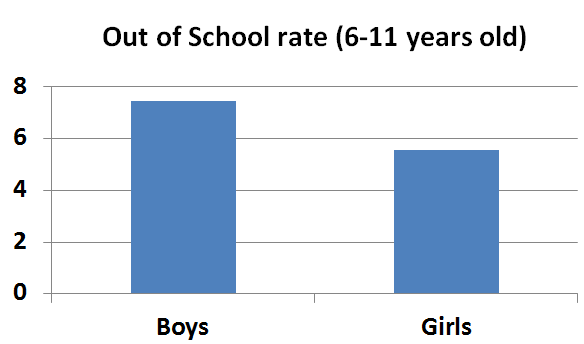 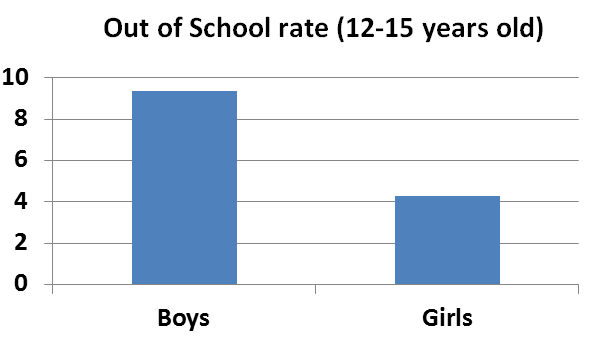 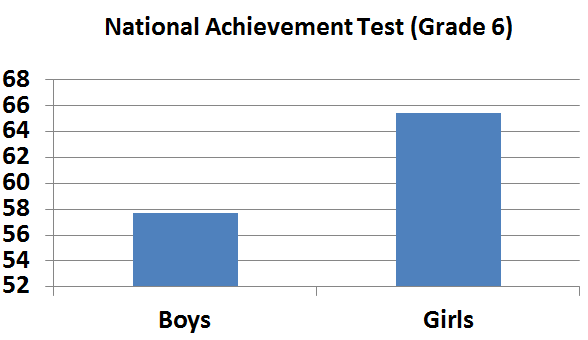 Boys account for the majority of out-of-school children. In terms of functional literacy, 78.5 per cent of out-of-school boys had simple literacy, compared with 83.3 per cent of girls. And for those who remain in school, 65.4 per cent of girls are functionally literate while only 58.7 per cent of boys are. Girls have been outscoring boys in the National Achievement Test. One explanation provided for the underperformance of boys is the lack of learning materials. Even in the primary years, learning resources are limited that students need to copy materials by hand writing. Since boys are usually delayed in developing fine motor skills compared to girls, this results in an early disadvantage.

Whatever the real reason(s) is (are), this gender gap should raise a concern. This is one of the real problems that Philippine basic education faces. Addressing why boys do not do well in school likewise attacks the problem of "school leavers", the other big problem Philippine basic education faces. And there is a big chance that this is connected to the overarching grip of poverty on education given the fact that the gender gap in educational attainment is so much more pronounced in low income than in high income families.


It is only through examining and reflecting on these real issues that the correct reforms in education can be attained. Nowhere in DepEd's K to 12, is this serious problem addressed.