The Only Ones Opposed to K+12?

May 05, 2015
There is currently a comment posted on a GMA News Online news article that says, "Only college teachers who think they were being demoted if they will teach in high school instead of college opposed K 12." The article talks about the recent midterm report of DepEd Secretary Luistro to the Senate which primarily claims that the new curriculum is manageable and on track. The confidence is in striking contrast to DepEd's inability to respond to the Supreme Court order issued more than a month ago.


In a resolution last March, the high tribunal gave the respondents in the case 10 days from receipt of notice to comment on the CoTeSCUP petition.
The group said the “seeming lack of urgency” on DepEd’s part to comply with the SC’s 10-day deadline to submit a comment was "compounded by propaganda and activities to generate support for the ill-conceived K-12 Law."
"We challenge government to respect, protect, and fulfill our basic right to a swift, judicious,decide on the constitutionality of the K-12 Law,” it said.
The group claimed the DepEd has been using government funds to “perpetuate false information in pro-K-12 advertisements that tend to mislead innocent citizens.”

Thus, it is correct to state that with regard to formal complaints filed against K-12, what is before us comes from the Council of Teachers and Staff of Colleges and Universities of the Philippines (CoTeSCUP). However, it is grossly incorrect to say that this is the only group opposed to K+12. The opposition alone to K+12 coming from the basic education teachers themselves as represented by the Alliance of Concerned Teachers clearly debunks the idea that only college instructors who stand to lose employment are against the new curriculum. It is true that these individuals oppose the curriculum, some even have shaved their heads to demonstrate their stand. 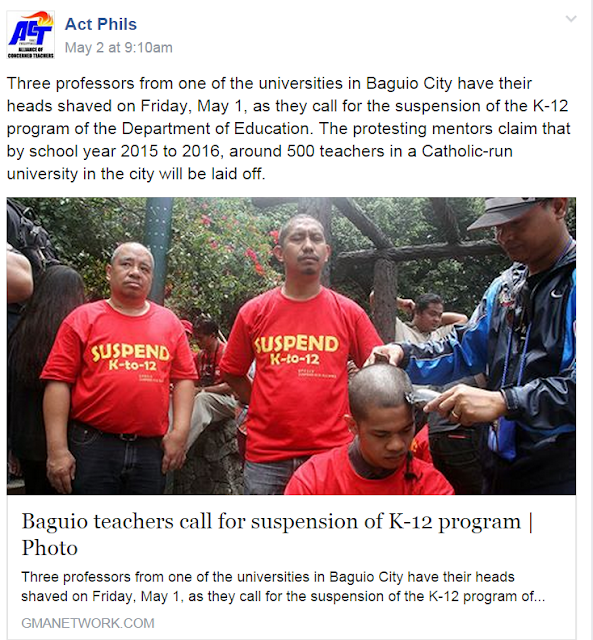 But one must take note that the above is actually posted by the Alliance of Concerned Teachers. What these college instructors are claiming, by the way, is not something that can easily be dismissed. The fact that the Congress at the moment is trying to craft a bill called the Tertiary Education Transition Fund shows that the matter is somewhat taken seriously even by the government. It is in the discussion of this bill that another group opposing K+12 becomes apparent: 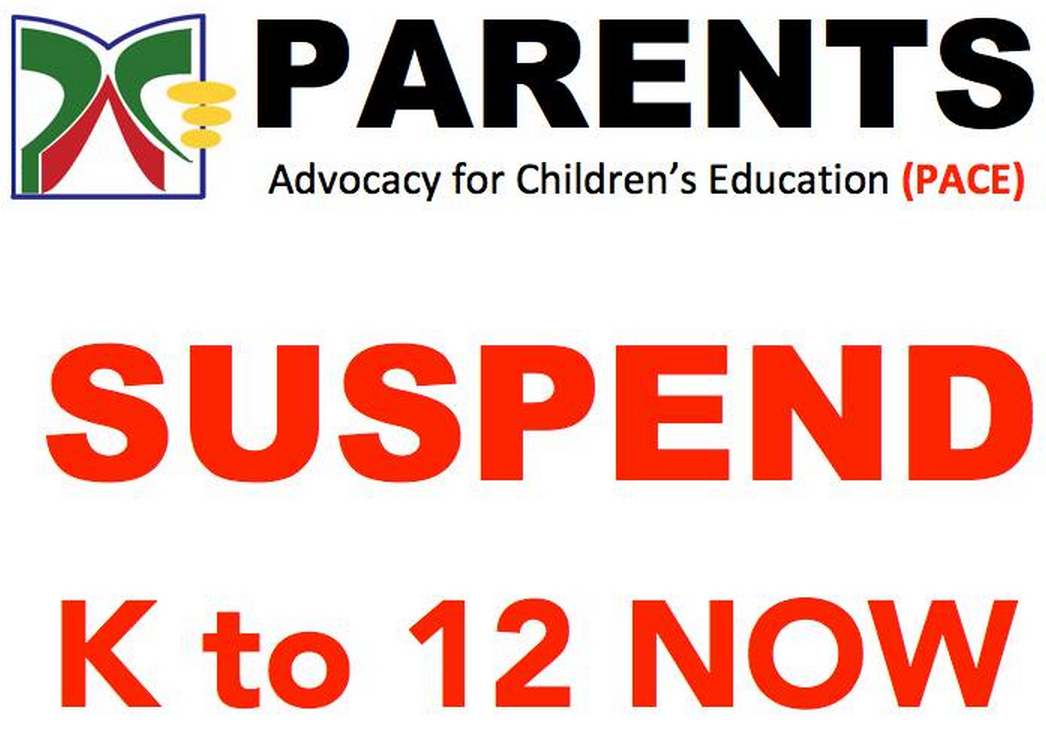 Ray Vargas, who chairs PACE, has been invited as an observer to the hearings in Congress on the Tertiary Education Transition Fund, and has offered the following observation: 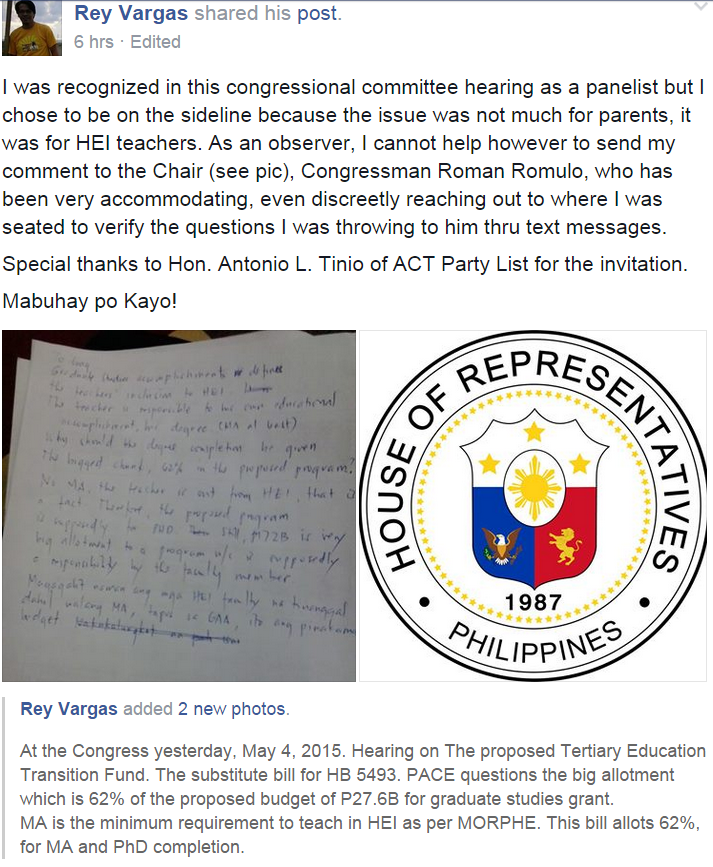 Vargas is basically wondering why a significant portion of the budget aimed at alleviating the anticipated problems of college instructors focuses so much on supporting graduate studies, specifically PhD programs.

PACE's stand against K+12 has already been made clear outside these hearings. The organization's first position paper ends with the following:


Begin K to 12 to Kinder only when it was passed into a law, school year 2013-2014. This school year is the second year of K to 12. Let those currently in Grade 2 to Grade 9 finish a program they have started. With this application, we can have the following:

a) Prepare more time to deal with the backlogs of education
b) Conduct more consultative venues to other stakeholders
c) Create and institutionalize programs that directly involve K to 12 like tertiary courses addressing the issue such as K to 12 specialization courses.
d) Give more opportunity for HEIs to handle its teaching force in preparation for the full implementation of K to 12 at the proper time.
e) K to 12 graduates will attain a complete thirteen year (including Kinder) basic education program, consistent with RA 10533.


And so we challenge the government, consider this position as consultative from the parents. Defer the K to 12 implementation immediately, which to the parents’ impression, an implementation of DepEd Order 31, s.2012, not RA 10533, an Order (DO 31) insufficient and negligent of parent involvement. There is the proper time for K to 12. WE SHALL CONTINUE TO FILL YOUR CLASSROOMS WITH OUR CHILDREN AND TOGETHER WE SHALL COUNT WITH YOU,  LET’S BEGIN FROM K!

Last but not the least, students have likewise voiced their opposition. students' organizations represented by the National Union of Students in the Philippines (NUSP) have also aired their opposition to the new curriculum even before the Enhanced Basic Education Act became law.

College instructors represented by CoTeSCUP are not the only ones opposed to K+12. This blog, which is guided by evidence from research, has been consistently critical of K+12.