May 06, 2015
Unlike the first petition filed by the Council of Teachers and Staff of Colleges and Universities of the Philippines (CoTeSCUP) which cites the failure of DepEd's K+12 curriculum to provide teachers and non-teaching staff full labor protection and full employment as mandated under Article XIII, Section 3 of the Constitution, the latest petition filed by Senator Antonio Trillanes IV and Magdalo party-list Representatives Gary Alejano and Francisco Ashley Acedillo invokes Article XIV, Sections 1 and 2 of the Constitution, which protect "education for all" and promote a system of education that is "relevant to the needs of the people and the society", respectively, and Article XIII, Section 16 which requires the State to establish adequate consultation in decision-making.

The submission of the petition was announced in Senator Trillanes' Facebook page: 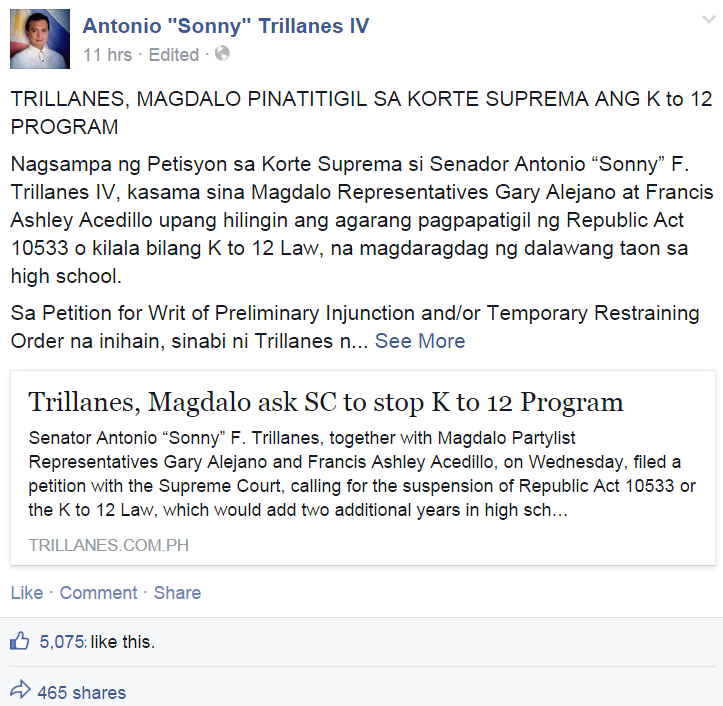 Meanwhile, a group of businessmen supporting DepEd's K+12 has published a site that attempts to debunk myths regarding the new curriculum. A part of the webpage is shown below. 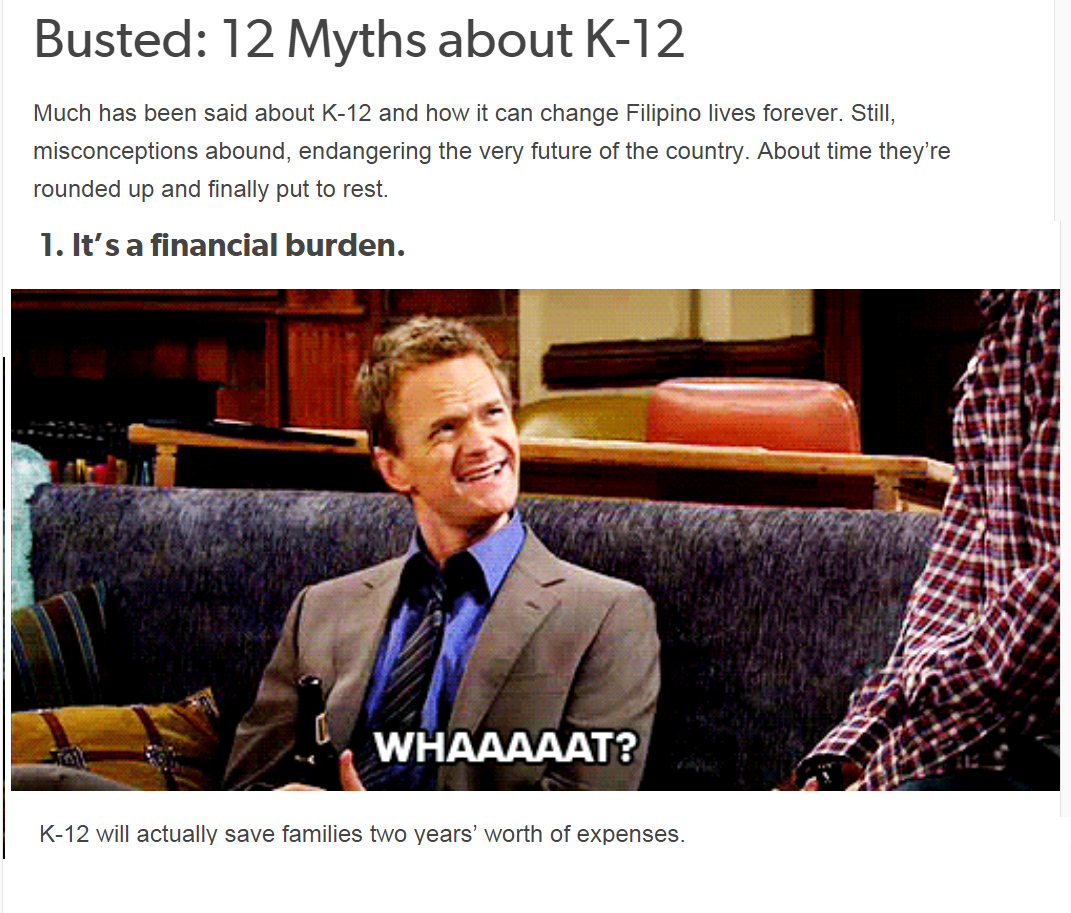 Thus, while opponents of the new curriculum are citing real problems regarding the new curriculum like college instructors losing their jobs, a possible increase in school dropouts, senior high school not being available for all, existing shortages to meet just the requirements of the old 10-year curriculum, and other substantial issues (the fact that major parts of the curriculum are not supported by evidence from peer-reviewed research), the Philippine public is treated to an array of internet memes that hold no substance and fail to show even a small amount of respect for the intelligence of readers.