Why Parents Must Be Involved?

April 29, 2015
"I spent three weeks of this past summer in the small town of Paete in Laguna, conducting a series of lectures to parents and teachers in the town's three public elementary schools." This is the first sentence of an article that was published in the Philippine Star, and later included in the book, "Selected Essays on Science and Technology for Securing a Better Philippines". Education primarily involves children. Quality education does require a voice from research and expertise. However, the hearts of those who have their future at stake likewise need to be included.

I do not have a child enrolled in any of the schools in Paete, Laguna. And I could not possibly equal the concern of those who actually do. Brady and Kennedy wrote in Curriculum Construction: 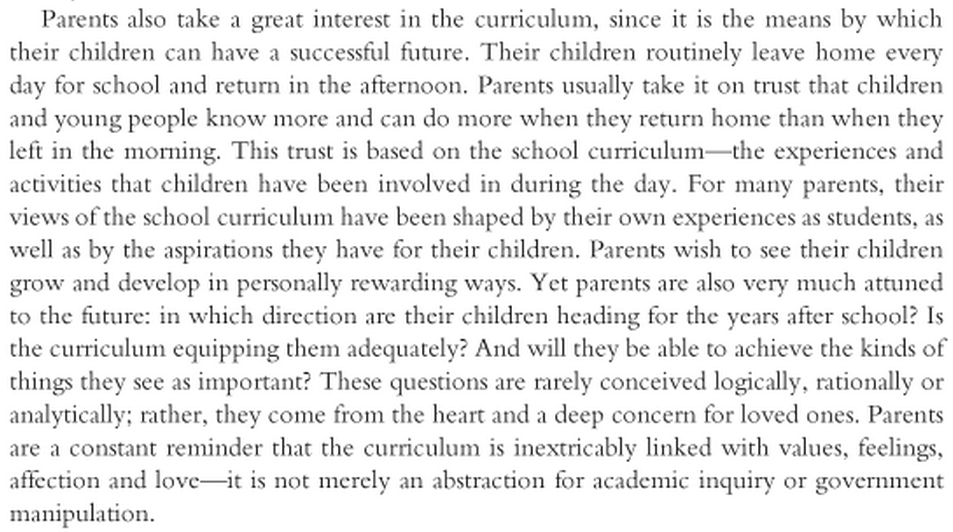 "Parents are a constant reminder that the curriculum is inextricably linked with values, feelings, affection and love - it is not merely an abstraction for academic inquiry or government manipulation." The importance of parents' participation and consultation on education can not be overstated.

The Parents Advocacy for Children's Education (PACE) has been appealing to the Philippine government to heed the concerns raised by parents regarding DepEd's K+12 curriculum. Ray Vargas describes the lack of consultation. In a comment to an article on this blog, Vargas writes:

"Sometime in September 2011, K to 12 was being discussed in Mapsa EduPh (Manila Archdiocesan and Parochial Schools Association) Annual Convention in Immaculate Conception Parish in Cubao, Quezon City. I was there representing my children's school's parents association, being the president. The cluster is supposed to be a group for PTAs and the topic was K to 12. There were around 200 participants. The speaker was from DepED. During the open forum, I asked who among the participants were parents, and I was surprised to see that there were less than 5 among us who were PTAs. I asked the speaker on how they consulted the parents, and the answer was through a "public hearing". I asked if there was an organized parent group who represented them. Obviously, there was none. Msgr. Gerry Santos, who was then the chair intervened and acknowledged that parents were supposed to have been asked about the program. He continued by challenging the parents to come up with their advocacy concerning the issue."

What is more disturbing is an apparent response to the complaint of lack of consultation with parents. The following is a memo signed by the Quezon City PTA-Federation president and it comes with an attachment - five pages of Frequently Asked Questions regarding K to 12, which even include the following question:

I think it is actually straightforward to see which side of the story is true. If parents were indeed consulted, such question would not be a frequently asked question.