April 30, 2015
An article published in the Asian Correspondent talks about Thailand's education reform and how it has failed to address so many issues, most importantly, the existing inequity in education. It is particularly striking to see the Philippines mentioned in one of the sentences. And it is not gratifying: "According to this most recent data, the only countries in Asia with a worse record of opportunities for education are India, Pakistan, Bangladesh and the Philippines."

The reform described in the Asian Correspondent is similar in scope and size as the Philippines' DepEd K+12 curriculum. Borgen Magazine distills Thailand's most recent education reform in two paragraphs: 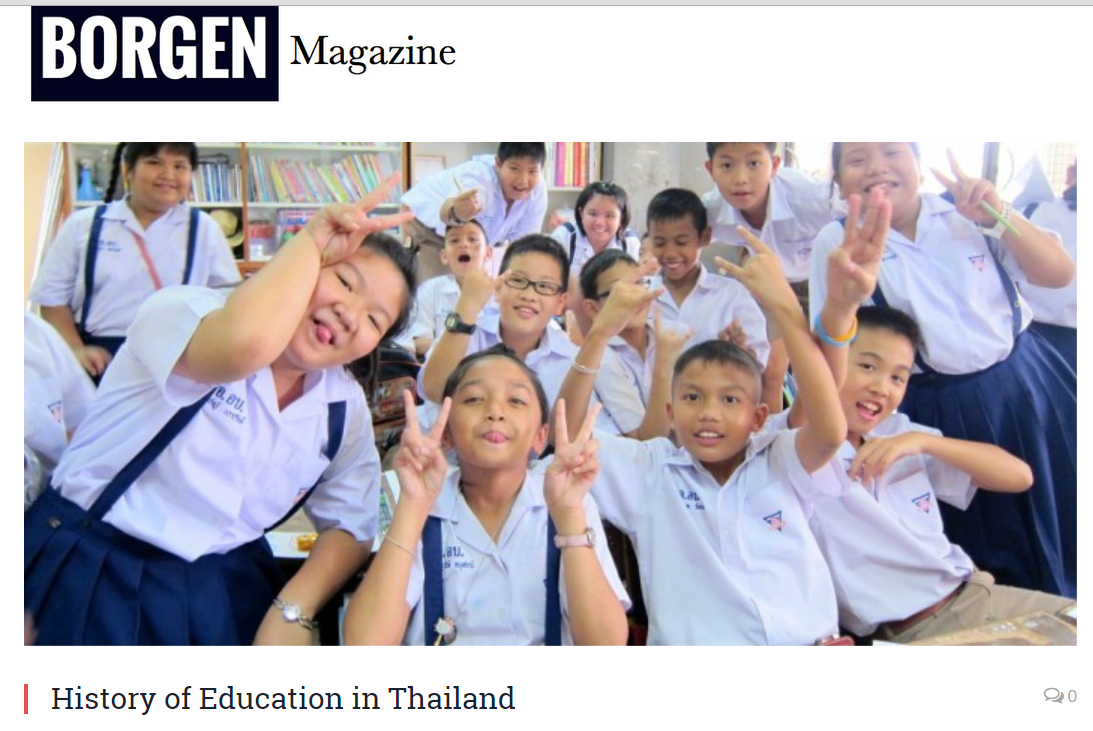 The third wave of reform began in 1997 and came to a close recently in 2010. It has been the most complex and extensive reform period thus far, and has called for a number of changes: it guaranteed government-provided education for 12 years. Many universities became autonomous institutions. The system became decentralized, breaking into 175 different local education service areas. Standards were implemented to award teacher licenses.

During this period education was heavily restructured into three basic levels: one, two and three. Level One is optional. It consists of kindergarten education for children between the ages of 3 and 5. Three grades are included in the program as a whole: KG1-KG3. Level Two begins primary education, and the first years of required schooling for Thai children. This level consists of six years: P1-P6. Level Three is secondary education, and includes M1-M6. Not all six grades are required; a student need only finish M1-M3. The end of each year requires children to take a test in order to advance to the next level of education.

How much resources Thailand provides for basic education shows how serious the country has been in its education reform. NationMaster reports that in 2011, Thailand spent 5.8% of its GDP on education (The Philippines spends less than 3 percent).  The pupil to teacher ratio is also not high (less than half of the Philippines), 16 in primary and 20 in secondary. Lack of resources surely can derail any education reform but in the case of Thailand, the problem seems to be beyond these factors.

Since more than ten years have passed, there are now published studies that attempt to explain why Thailand's education reform failed. One study is by Hallinger and Lee, published in the Cambridge Journal of Education. In this paper, the authors conclude, "The lack of results is linked to a reform strategy that has emphasized top-down implementation and a cultural predisposition to treat change as an event rather than as a long-term process." Similar to other studies, the variability of the reform across schools is noted. It is partial and superficial. For the reform to succeed, Hallinger and Lee provided the following recommendations:


At the national level, policy-makers will need to allocate financial resources in a manner that allows local leaders to deploy these resources so that they reach the right people at the right time. This remains a continuing frustration. At the local level, leadership is needed to build staff interest and capacity, and create ownership among those implementing these reforms. Finally, training for teachers that fosters both deeper understanding and skill development is needed on a broad and continuous basis.

Fry and Bi offer a more detailed evaluation of Thailand's education reform in a paper published in the Journal of Educational Administration. The following problems are cited:


Fry and Bi also noted the following to explain further the failure of education reform in Thailand:

It is also worth noting that Fry and Bi cited Hallinger with regard to the problem of implementation:


Finally, the ministry failed to mobilize key stakeholders such as businesses and parents in support of the reform. Only bureaucrats and some politicians were genuinely mobilized.

Wongwanich and coworkers focus on the delivery side of the education reform in their paper published in Procedia - Social and Behavioral Sciences. In particular, these researchers found that:


Conventional ways of policy delivery, such as meetings, distribution of documents and manuals and trainings were not so effective. At the policy level, the methods used were document distribution and meeting and training organization. After policies were forwarded to educational service area offices, it was found that training was emphasized and circular letters were increased to inform all involved parties at all levels. Most schools distributed documents and organized training sessions. It was also found that knowledge exchange and collaborative working were hardly used at the three levels. This showed that most policy delivering units used the methods of transmitting knowledge and receiving information from the central government. They did not learn together or create new knowledge regarding education reform. Document distribution, meetings and training sessions can be done easily and widely across the country. Learning together requires a large number of experts and knowledge exchange in educational service areas and educational institutes. Personnel at the policy level, the educational service area and existing networks may not be enough to make changes to education reform at the school level.

It only becomes natural then that education reforms remain on paper but not inside classrooms.

There is plenty to learn from Thailand. The above paragraph alone from Wongwanich and coworkers shows that the Philippines started on a wrong foot in implementing its K+12 curriculum.

And it is not only the government that needs to look at these lessons, parents and teachers need to learn from these as well.