April 02, 2015
The Department of Education in the Philippines has reiterated on several occasions that the country is now prepared for its K+12 curriculum. Several weeks ago, the head of the department, Bro. Armin Luistro was quoted by Rappler, "We've already spent on this, and we've been working on this for the last 5 years...We've already seen improvements from our problems from 3, 4, 5 years ago. We're very, very ready for this." Before this previous school year started, DepEd assistant secretary Jesus Mateo stated that the shortage in textbooks has already been adequately addressed and every student is now equipped with a textbook.

Although there is no doubt that DepEd K+12 is an inferior curriculum, a mere basket of wishful thinking, and a program totally lacking in evidence from research; Serious questions can likewise be raised regarding transparency of the department. One senator gave DepEd a failing grade in this area:

The Commission on Audit, the agency of the Philippine government which seems to complete its job always a couple of years late, recently reports on how DepEd has wasted hundreds of millions on textbooks.

With such gross incompetence, it is shocking that no one takes responsibility. No one resigns. No one is fired, as if these mistakes are only expected. These are enormous funds wasted while classrooms remain overcrowded especially in the urban areas. DepEd's response to this audit does not really sound different from "The dog ate my homework." excuse:

“Textbooks are never totally obsolete inasmuch as basic knowledge and information and skills being developed do not become obsolete. The scope and sequence and the strategies may change but the concepts and ideas remain the same and can be enriched with the latest trends and developments in the specific area,”

600 million pesos do seem obsolete with the above excuse. It is apparent that DepEd has no sense of responsibility especially when it comes to wasting taxpayer's money. 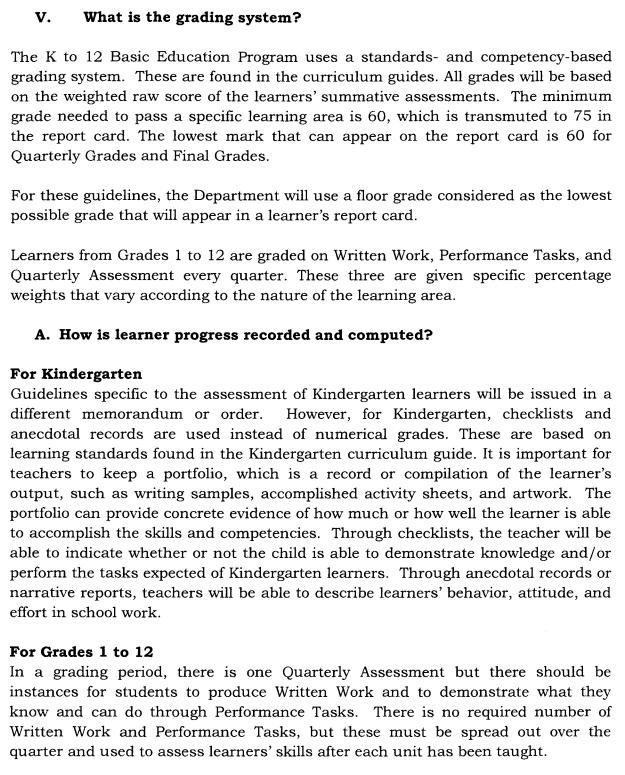 Grading is now divided into two components. Written Work and Performance Tasks. The following are guides for teachers on how these assessments can be made. 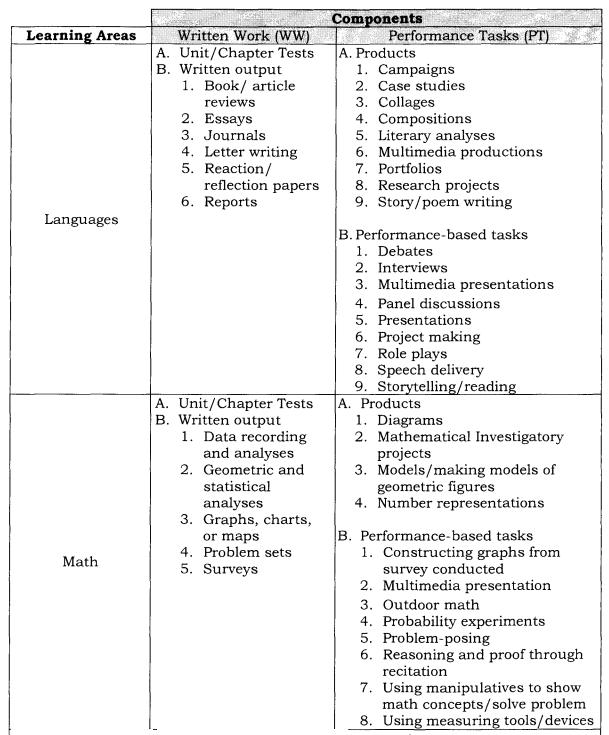 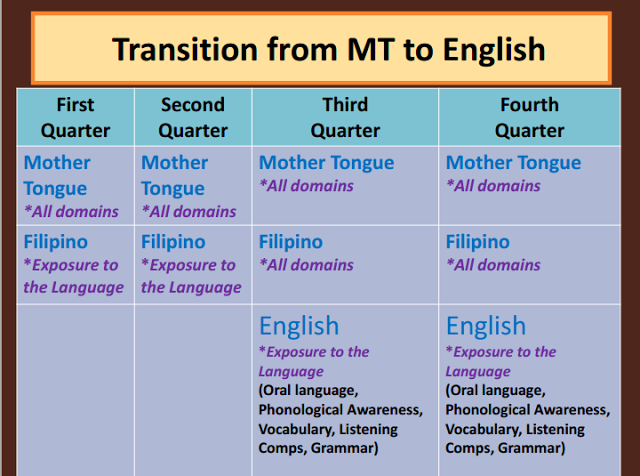 Students are not even exposed to text in first grade. How can these poor children even write a book review? DepEd, however, makes sure that teachers can do the required arithmetic for this grading system: 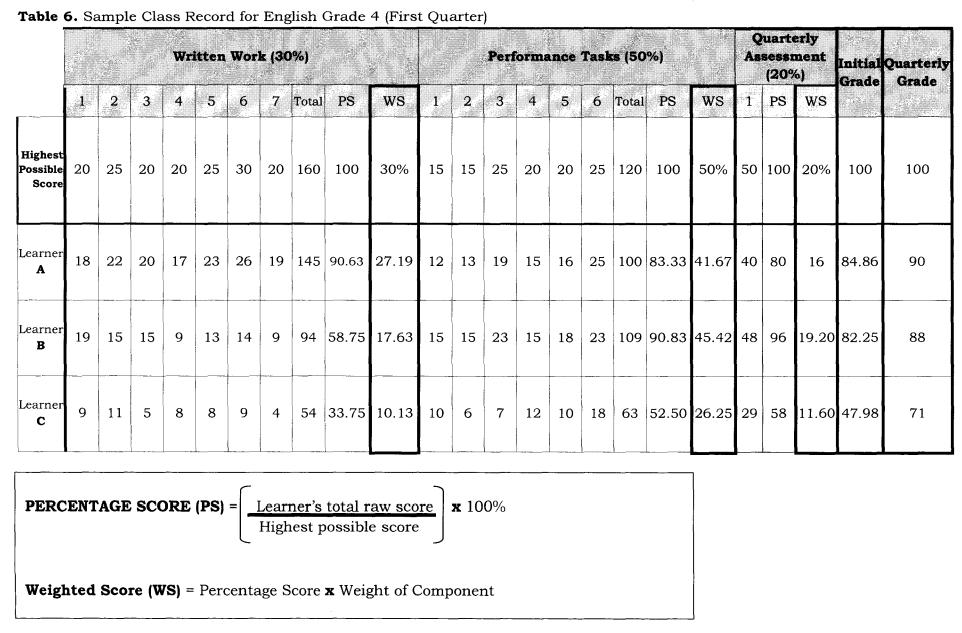 As noted above, DepEd states that "The minimum grade needed to pass a specific learning area is 60, which is transmuted to 75 in the report card. The lowest mark that can appear on the report card is 60 for Quarterly Grades and Final Grades." Readers can freely decide what these sentences really imply but for DepEd's K+12, its final grade is 59, and that is even after being utterly generous.

The culture of wishful thinking, unrealistic vision, and making up things is so pervasive in DepEd that such attitude even shows up in its own grading system.