April 17, 2015
In the United States Senate, the committee on education has unanimously approved a rewrite of the Elementary and Secondary Education Act. Emma Brown of the Washington Post writes "Senate’s effort to rewrite NCLB sparks cautious optimism". At the heart of the bill is the role of the federal government in basic education. Mercedes Schneider at the Huffington Post highlights the following key phrases in the bill:


The following paragraph is also important to note:

Nothing in this title shall be construed to authorize an officer or employee of the Federal Government to mandate, direct, or control a State, local educational agency, or school’s specific instructional content, academic standards and assessments, curriculum, or program of instruction, as a condition of eligibility to receive funds under this Act.

Diane Ravitch therefore describes the bill with the following words:


One may quibble with details, but the bottom line is that this bill defangs the U.S. Department of Education; it no longer will exert control over every school with mandates. This bill strips the status quo of federal power to ruin schools and the lives of children and educators.

The Elementary and Secondary Education Act in the United States in its previous form (commonly referred to as No Child Left Behind) is often criticized along its strong emphasis on standardized testing and accountability.  Still, the law even in its previous form does not go as far as dictating exactly what needs to be taught and how it should be taught in schools. One can easily contrast this with the corresponding law in the Philippines, Republic Act No. 10533. The following examples of provisions under this law glaringly demonstrate overreaching of legislation on education:

The law is actually dictating details of the curriculum with the obvious assumption that lawmakers and their staff who crafted this law are competent enough to make such a decision. The law basically takes the position that there are no lingering questions on how a curriculum should be designed. The law seems to assume that a spiral, constructivist, inquiry-based, collaborative and integrative curriculum is the correct curriculum. Legislators in the Philippines have apparently reached conclusions on ongoing discussions of direct instruction versus constructivist as well as spiral versus strand. While legislators in the United States are focused on how to reduce achievement gaps and how to channel resources in education to where these are most needed, lawmakers in the Philippines are confident enough that they could in fact settle lingering questions in education research.

The spiral versus strand curriculum is still an ongoing discussion. What is becoming clear in this debate is how the two different approaches are understood and implemented matters significantly. A previous post, "Did We Totally Misunderstand What A Spiral Curriculum Should Be", shows how spiral progression has been incorrectly equated to a mere mixing of various disciplines in one year. A spiral excursion on various topics actually prevents mastery. This point is excellently made by Vicki Snider from University of Wisconsin. In her paper published in the Journal of Direct Instruction, she uses two figures to illustrate the difference between spiral and strand curricula: 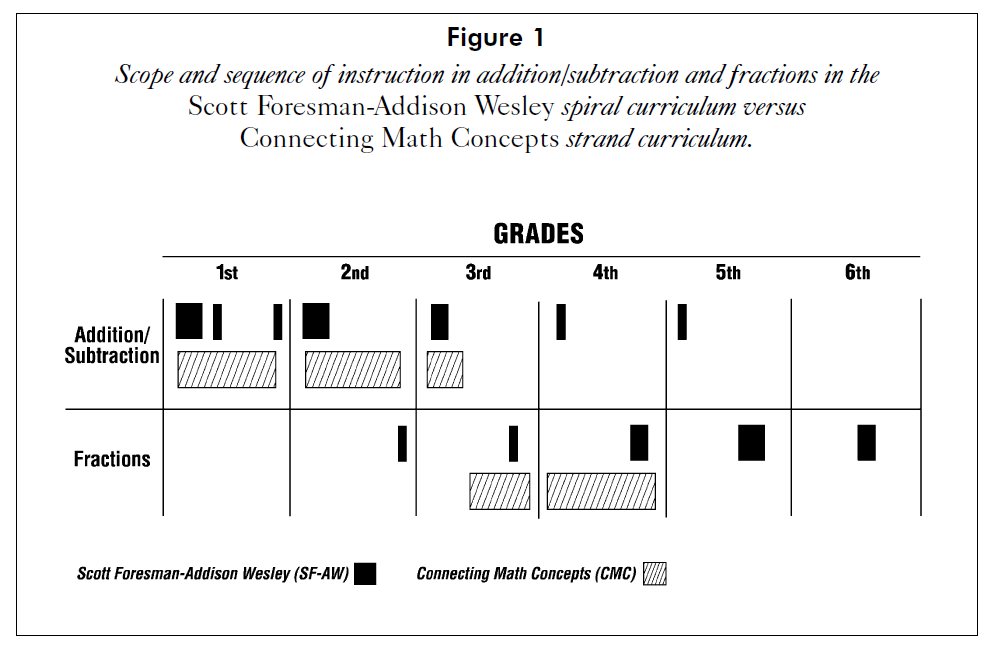 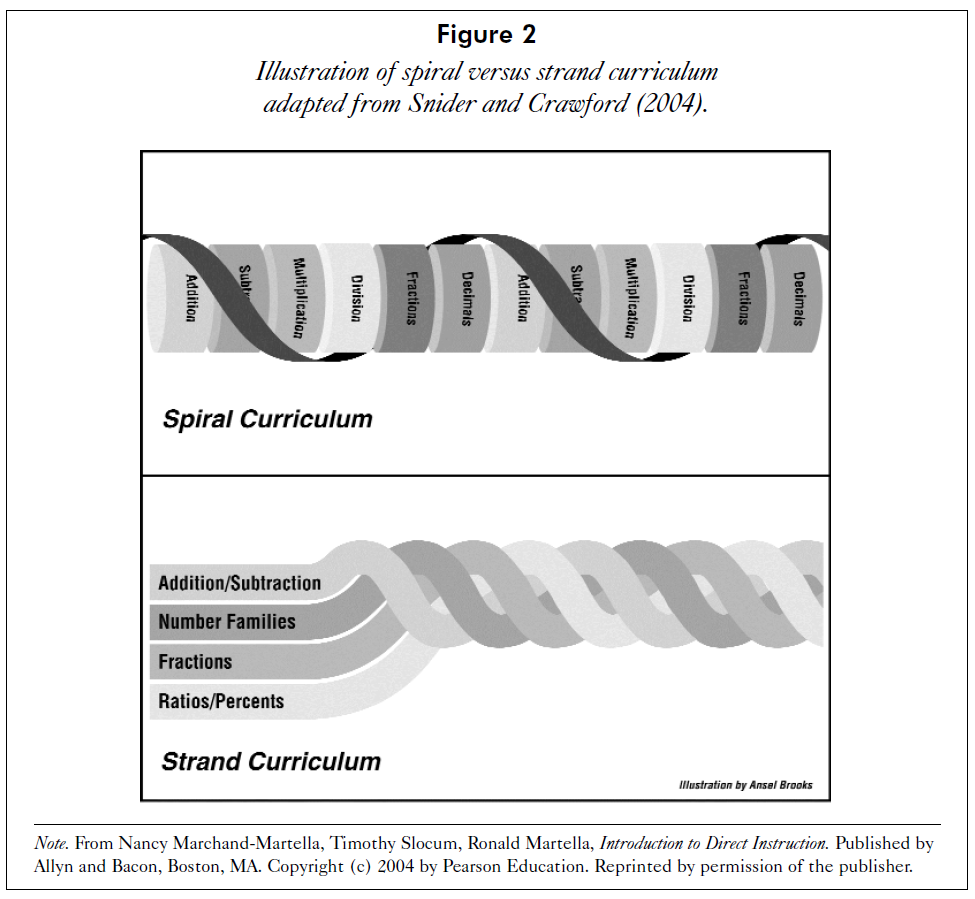 The above compares how mathematics can be taught in the early grades. In the spiral curriculum, addition/subtraction as well as fractions are mixed and taught in the first four years. In the strand approach, students master addition/subtraction during the first two grades before fractions are introduced later in third grade. One can imagine a similar picture in teaching sciences in high school. The curriculum dictated by Republic Act No. 10533 requires students to spend a quarter of a year on each of the following strands: biology, chemistry, physics, and earth science. Countries other than the United States do employ a spiral curriculum, but one must take note of the details. Here is the comparison between the US and China, for example:

In China, biology, chemistry and physics are indeed taught in almost every year of high school. It is important, however, to see the number of hours. In grade 12, for example, a total of nine hours is spent on science, three hours for each. This is actually quite similar to what I experienced while I was studying in the Manila Science High School. I did take chemistry and physics simultaneously over two years, but each one was a separate subject. I had something similar with mathematics. On my last year in high school, I was taking Linear Algebra and Calculus, as two separate subjects.

The spiral progression mandated by Republic Act No. 10533 and implemented by the Department of Education in the Philippines looks more like this: 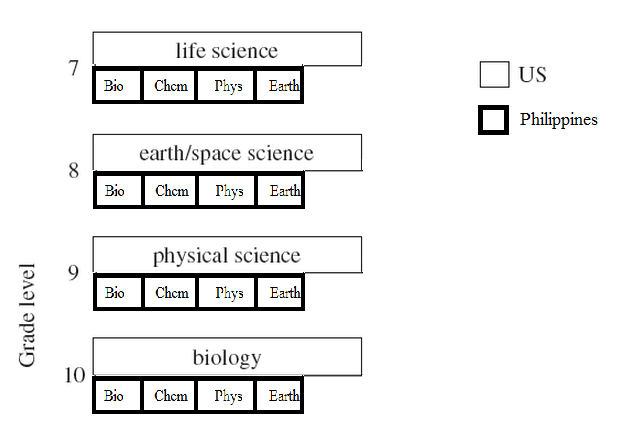 How and what is taught inside classrooms should not be legislated. Otherwise, a government can ruin the lives of children and teachers.