October 18, 2014
While not understanding fractions can become an obstacle in performing well in algebra, a misconception of what angles are can really pull a student behind in geometry. For people who do not have problems with angles, it may sound strange but it is possible that one major stumbling block in achieving proficiency with angles is language. It is as simple as not understanding what the word "angle" really means. In geometry, the word "angle" precisely means one thing. It is a measure of the amount of turn between two lines. It could be acute (The following figures are obtained from MathIsFun): It could be right: 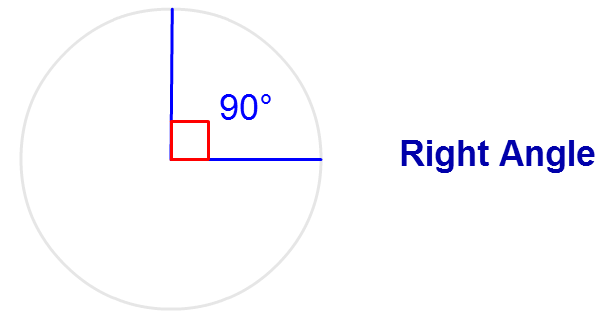 It could be obtuse:

It could be straight:

It could be reflex: 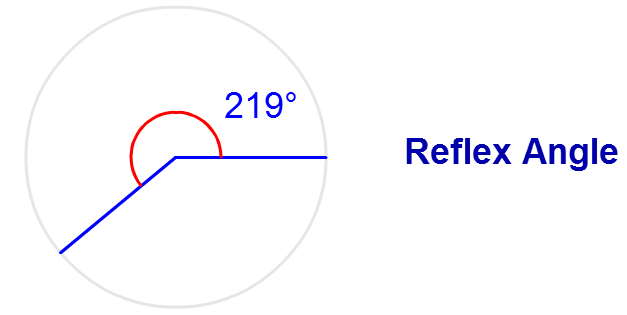 Or it could be zero, or a complete rotation: 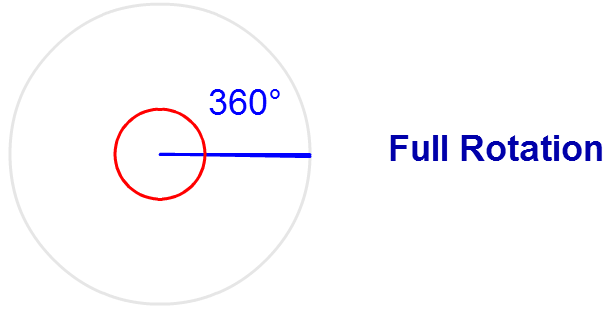 In the above, the angle is measured in degrees, with 360 degrees representing a full (essentially "do nothing") rotation.

One problem is how the word "angle" is commonly used as illustrated in the following definition (This is taken from Merriam-Webster Online):

An angle is also used to pertain to the space formed when two lines or surfaces meet each other. Here is another example. With Google, the following is the first item shown when doing a search on "angle":

Thus, it is not surprising that children may in fact equate the measurement of the angle to the actual space between two lines. It is understandable for a child to equate angle to the entire object. This is problematic since the amount of space or size of the object not only depends on the amount of rotation but also on the lengths of the two lines (or arms) defining the angle. For instance, with this definition that makes use of space, a child may have difficulty deciding which one is a bigger angle in the drawing below:


With the use of the word "angle" to describe the entire object, it provides reason why some children would choose the upper figure: It appears to be bigger. This is the subject of a paper that is about to be published in the journal Child Development:

The above study illustrates why effective teaching in math requires finding first where the students are. This is one good reason why assessments are very useful. Tests are supposed to guide a teacher on what students may be currently misunderstanding. Once the specific needs of a student have been identified, a better map for teaching can then be drawn out. In this particular case, special attention must be given to how students are interpreting the word "angle". As this study has shown, even with preschoolers (4-5 years old), specific instruction on the precise definition of an angle leads to noticeable results, as shown in the following figure:

One must keep in mind that in a question where only two choices are given, providing the right answer half of the time (50 % correct) is no better than random guessing. Thus, the improvement shown above among students belonging to the experimental group is quite significant.

As noted by the authors, the broader implication of this study underscores the great significance of quality in early childhood education. Misconceptions can be learned and not addressing these may lead to serious difficulties later in more advanced subjects. Providing children with half the story can be sometimes misleading and not allow children to be more precise in equating words correctly to specific concepts.