October 09, 2014
How do scientists think? It has long been accepted that scientific thinking must be an integral part of science education. I remember in my basic education years in the Philippines how many times teachers have tried to hammer the scientific method into my brain. I must admit that those lessons that specifically describe how science works was not among the high points of my schooling. First, I had to deal with new words like hypothesis, procedure, discussion, conclusion and theory. Some of these words may have common usage, but in science, these words mean something well defined or specific. Of course, scientific thinking is not really equal to knowing what it entails. Back in elementary school, I could memorize the scientific method and regurgitate each step but this meant nothing for scientific thinking is really thinking the way a scientist does.

Obviously, it is not just the scientist that can do scientific thinking. It is an activity that most people are capable of developing and practicing. Deanna Kuhn makes this very clear on the first section of her paper, "What is Scientific Thinking and How Does it Develop?": 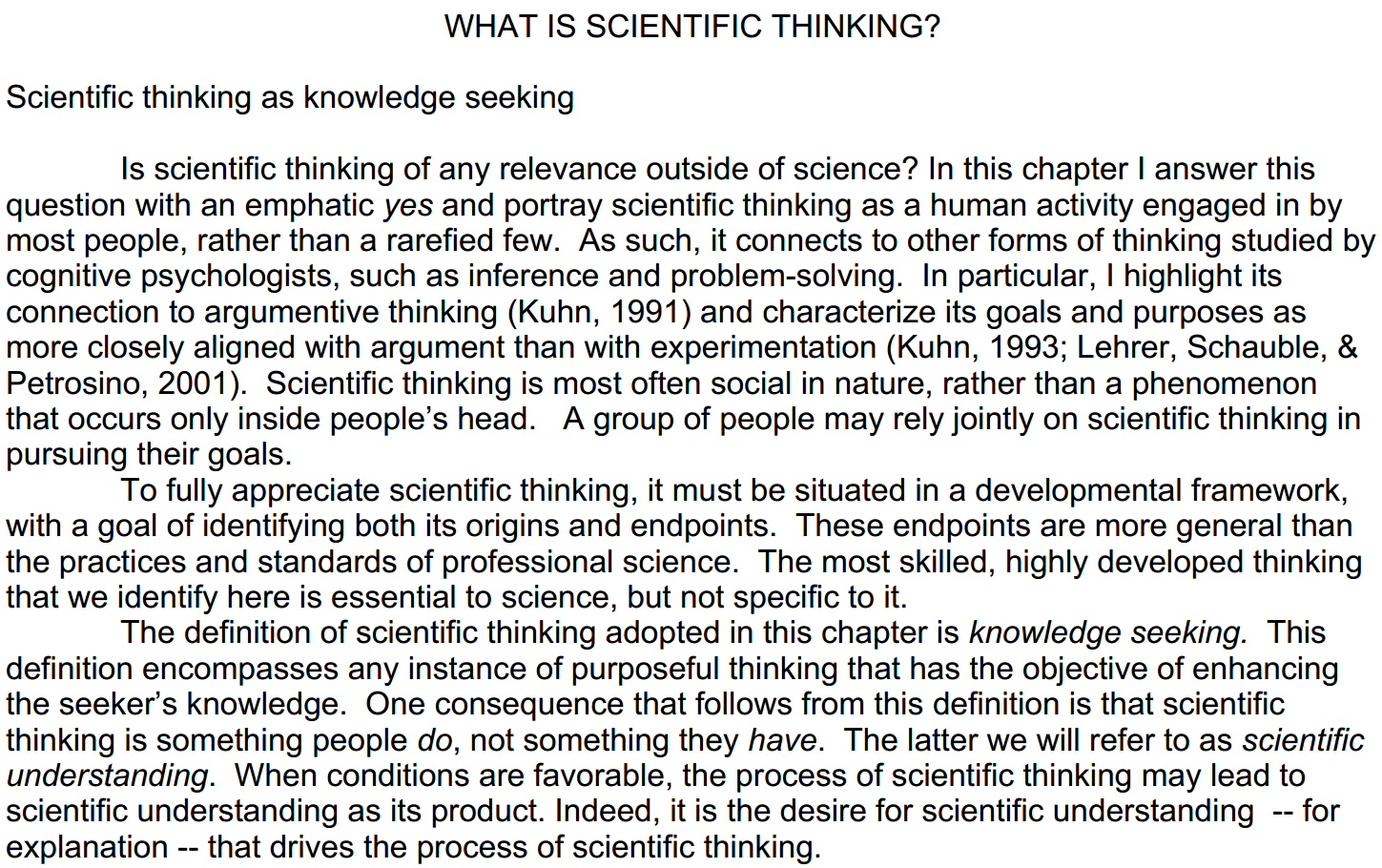 Seeing the first description, it is no surprise then that Kuhn also writes, "To seek knowledge is to acknowledge that one’s existing knowledge is incomplete, possibly incorrect -- that there is something new to know." That science is knowledge seeking and that it continuously evaluate its current understanding against new evidence only means that scientific thinking is probably a skill separate from intelligence, reading comprehension, and logical reasoning. Although all of these skills are obviously required to do science, scientific thinking is very likely a different trait on its own that can be measured and assessed.

Koerber and coworkers have recently published a paper that describes an assessment of scientific thinking. The study, "The Development of Scientific Thinking in Elementary School: A Comprehensive Inventory", involved more than 1500 students in grades 2-4 in Germany. The test features questions that have been fully analyzed for difficulty, discrimination and consistency. An example is shown below:

The above question belongs to the "Goals of Science" component of the exam. The other components tested are: theories and alternative frameworks, experimental design, using experimentation strategies, and interpreting data. Each question characterizes a student level in scientific thinking as either naive, intermediate or advanced. With only science education and no formal training in scientific thinking in grades 2, 3 and 4, it is amazing to see that performance in this new assessment improves with grade level as shown in the following figure: