The following is an article written by Fr. James B. Reuter, S.J., originally published on the Philippine Star.


At the entrance of the Major Seminary of the University of Santo Tomas , in Manila , you will see a painting. It is the "Last Supper" of Joey A. Velasco. It portrays poor children from Metro Manila, all between the ages of 4 and 14, at the Last Supper with Christ Our Lord. He has called it "Hapag ng Pag-asa", the table of hope.

To start with, it is not really a table. It is a big delivery box, knocked apart and nailed together again as a table. Joey Velasco himself has said: "This painting reveals a story of greater hunger than a plate of rice could satisfy. What these children are starved for is love."

Realizing that his little models were real persons, he investigated the life of each of them, and wrote a book, telling their stories. The title of the book came from a young woman who was mentally handicapped. She studied the painting and said: "You know, these children are not really poor. They have Jesus." So he called the book: "They Have Jesus: The Stories of the Children of Hapag."

To me, the most fascinating was the story of the child, in the painting, who is under the table, eating the crumbs that have fallen to the floor. Joey says: "The child under the table is ME!" The model for this child was the Pulitzer Prize-winning photo taken in 1994 during the Sudan Famine. It shows a starving child who collapsed on the ground, struggling to get to a food center in Sudan , Africa , in 1993. In the background, a vulture is stalking the emaciated child, waiting for him to die.

Three months later the photographer, Kevin Carter, was found dead of carbon monoxide poisoning in Johannesburg , a suicide at 33. His red pick-up truck was parked near a small river where he used to play as a child. A green garden hose attached to the vehicle’s exhaust funneled the fumes inside.
"I’m really, really sorry," he explained in a note left on the passenger seat beneath a knapsack. "The pain of life overrides the joy to the point that joy does not exist. I am haunted by the vivid memories of killings and corpses, anger and pain, of starving or wounded children, of trigger-happy madmen, often police, of killer executioners."

"The Doll of Tinay" is the story of a five year old girl whose mother is working abroad as a domestic, and whose father is a philandering drug addict. She is the only child, in the painting, who looks straight at Our Lord. She is hugging her battered doll, but Tinay is more battered than the doll. She was raped by her father.
Dodoy, eight years old, lives under a bridge. Joey Velasco was touched by the courage and cheerfulness of his mother, Vivian. They could not stand up in their little cubicle, because the roof was only four feet from the floor. But the mother worked hard as a lavandera. The whole family did all they could to send Dodoy to public school, though they could not afford books, or pens, or paper. They smiled; they hoped for a better future; and they prayed.

When he gets to the cheerful little home of Jun and Roselle , which is a squatters’ shack, Joey begins to crystallize his thoughts on the poor. "They have a firm trust in God as a compassionate, loving father. They have nothing. They really live a hand-to-mouth existence. But they smile and say: ‘We live on the mercy of God’… ‘Nabubuhay kami sa awa ng Diyos’."

"These poor people hold on to the truth that God will never abandon them, even if the walls of the earth crumble down. They begin and end their sentence with: ‘kung may awa ang Poon’ … ‘If God will have mercy on us.’ They inherited this phrase from their old people — from past generations. These are not merely words. This is their real life!"

"Jun and Roselle are poor children but they are rich in faith. They have what we call ‘abundance in scarcity’. Their house is filled with love and understanding. They enjoy each other. Nothing — not money, power, or fame, can replace family and friends, or bring them back once they are gone. Our greatest joy is really our family."

The strength of this nation is in the squatters’ shacks. Though we do not say it, our real power is in our courageous poor, praying under the bridge. 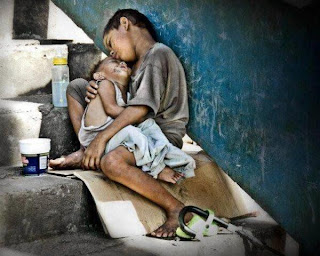 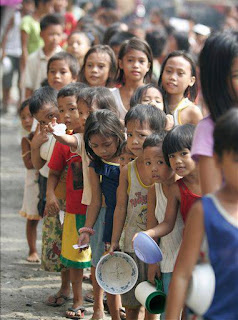 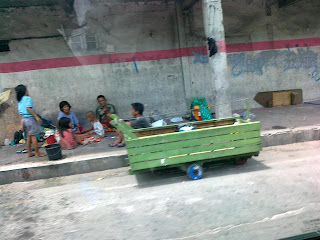 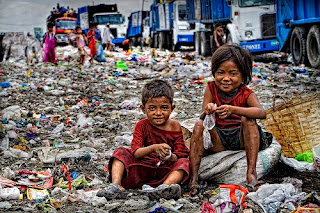