August 19, 2012
These two initiatives of the Philippine government share a lot in common. First, both claim a promise of a better future for Filipinos. Of course, initiatives must have this claim, otherwise, these would not be popular. Unfortunately, another thing these two have in common is the manner and substance of their analysis and discussion. K to 12 ignores what is required to implement correctly the program and pins its hope that by simply adding kindergarten and two years at the end of high school, quality in basic education will be achieved. K to 12 is not grounded on published and peer-reviewed scientific studies, and its rationalization is mostly based on anecdotes, personal stories, and ideology. K to 12 misses the most important element in basic education, the teachers. Likewise, the RH bill is focused so much on the warring ideologies. The stand made by the Roman Catholic Church in the country has been underscored so many times that the RH bill has become a repudiation of the Catholic Church. K to 12's main argument is that the Philippines is not in par with world standards of basic education. The world standards of basic education are not stated in terms of number of years. There are international tests that help determine the output of basic education. And in these tests, clearly the number of years of basic education does not matter. As pointed out by Israel (and others), the major factor correlating with the good performance of students in these tests is the way a country treats its teachers. The best performing countries are those who pay their teachers good salaries. The RH bill may likewise end up the same way, missing the most important element behind health, the doctors and health care professionals. The same way quality education is not determined solely by a curriculum, reproductive health is not determined purely by access to medicine. 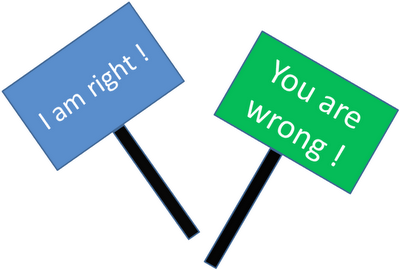 The arguments on RH bill have reached a recent low when the majority leader of the Senate lifts his arguments from grey literature. Findings in science and medicine are published in journals that are peer-reviewed. The web is full of misinformation. Before, it takes a lot of resources to spread misinformation. With the internet, spreading the information no longer requires printing. Thus, it is now more important than ever to know when information has been vetted and when information is simply bogus. Peer review in science and medicine accomplishes the much needed examination of experimental results and claims. For this reason, initiatives like K to 12 and the RH bill require input from peer-reviewed scientific literature, and not from anecdotes and hearsay. Simply reading something from the web or a book is not sufficient for arguments in science. These need to be based on peer-reviewed published data. The reasoning from the other side is likewise tainted as some advocates focus heavily on correlations between economic development and use of contraceptives. And as in education, artificial means of birth control is only one factor. As in K to 12, the RH bill must be focused on maternal health and reducing infant mortality rate. These are the far more realistic objectives. And with this emphasis, one can then see what the bill really needs so that its implementation can indeed go farther than a simple pissing match between ideologies.
Commentaries