June 09, 2020
My spouse and I have spent the largest fraction of our lives in this community called Annandale. Last night, my wife help organized a march. In the words of another resident, James Albright: "First protest I have ever known of in Annandale. Hundreds upon hundreds protesting in front of Mason District police station". We did not expect a very large crowd, yet hundreds of families from Annandale came, which actually made social distancing very challenging. It started with a march along Columbia Pike from Barcroft Center to the Mason District Police Station. Inside the parking lot of the police station, people knelt in silence for 8 minutes and 46 seconds, the same amount of time a police officer knelt on George Floyd during his final moments. Afterwards, the people, adults and children, of Annandale spoke up.

Names of African Americans brutally killed by the police were read by the son of Ricardy Anderson, Mason District representative to the Fairfax County School Board. Anderson also addressed the crowd. She shared with the community her own experiences as a black woman. She, for instance, would always be requested to show her receipt before leaving a grocery store while others were not asked. She stressed that change would require everyone of us: "When you see something, say something". 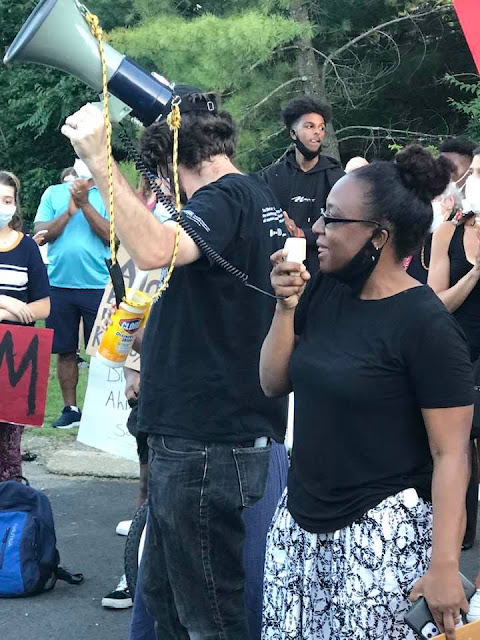 Several children also took the bullhorn and shared their experiences in their schools and neighborhoods. There was plenty of discrimination happening right inside our schools and children could feel it. My daughter talked about a movie she recently watched. She recited a quote from Bryan Stevenson whose work was brought to life in the movie Just Mercy: "Fairness and equality cannot be measured by how we treat the rich, the powerful, the privileged, and the respected among us. The true measure of our character is how we treat the poor, the disfavored, the accused, and the condemned." My daughter believes that America has to start treating everyone fairly and she concludes, "For all lives to matter, black lives must matter."


I also spoke. I highlighted Cory Turner's piece on National Public Radio (described on a previous post in this blog). I mentioned that the premier high school in the country has just released the statistics of its incoming class this year. Out of the nearly 600 new students, not one is black. "Bias isn't just a police problem, it's a preschool problem." Children are not born racists but children will "naturally" grow up to be non-racist adults only when they live in a non-racist society. We are in a racist society. We cannot deny that there are racial differences. Children, no matter how young they are, also notice this difference. Children are aware of who is black and who is white. Children are aware of who is rich and poor. Recognizing these differences is not racism yet, but when these differences become labeled with either "gifted" or "trouble maker", that is when racism begins. We have a lot of work ahead of us, as we all know right in our own schools here at Fairfax, advanced academic programs are provided to those who are on top of our social ladder, while school suspensions are lavishly provided to the poor, the disabled, Blacks and Hispanics. 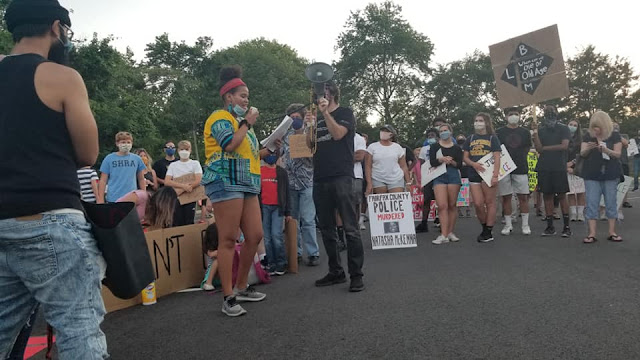 The keynote address was given by a student leader from Justice High School, Jocelyn McCullough. Her older relatives were members of the Freedom fifty years ago and yet, she found herself asking the same questions during the march. Last night, the children of Annandale had a clear message. They want change and sadly, they know that change is not in their hands. It is in the hands of the adults. Annandale wants change. I only hope that we are listening. 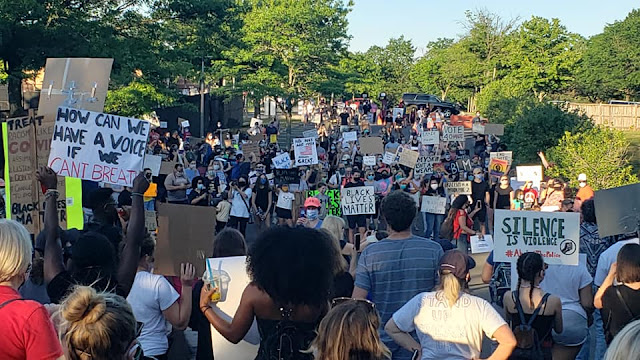 Education for All equity in education News Tracking